Mendoza is the fourth largest city in Argentina with a population of approximately one million people. It is the acclaimed capital of Agentina's wine industry and famous for the Malbec vintage. Mendoza is nestled in the foothills of the Andes, about 1000 meters above sea level and is also a center for skiing in the nearby mountain peaks during July, August, and September. Attractive streetscapes, the beautiful parks and lakes, and pulsing nightlife are establishing Mendoza as a popular new gay vacation destination at a very reasonable cost. It is recognized by many LGBT tourists as the second most gay-friendly destination in Argentina after Buenos Aires. The dry desert-like climate provides perfect conditions for cultivating grapes and Mendoza is known as the country's Wine Capital.

Annually in March Mendoza celebrates Vendimia (the wine harvest) and this includes an official event ‘Fiesta de la Vendimia Gay’ (Gay Vendimia) held on the second Saturday of the festival. It is the largest LGBT event of its kind in Argentina and last year over 5000 revellers attended. Seventeen years ago this event was founded by Ricardo ‘Tito’ Bustos, originator and iconic owner of some of Mendoza’s gay nightspots. Gay Vendimia started in 1996 as a joke, according to Bustos, who decided to stage a Gay Vendimia celebration at his night clubs. 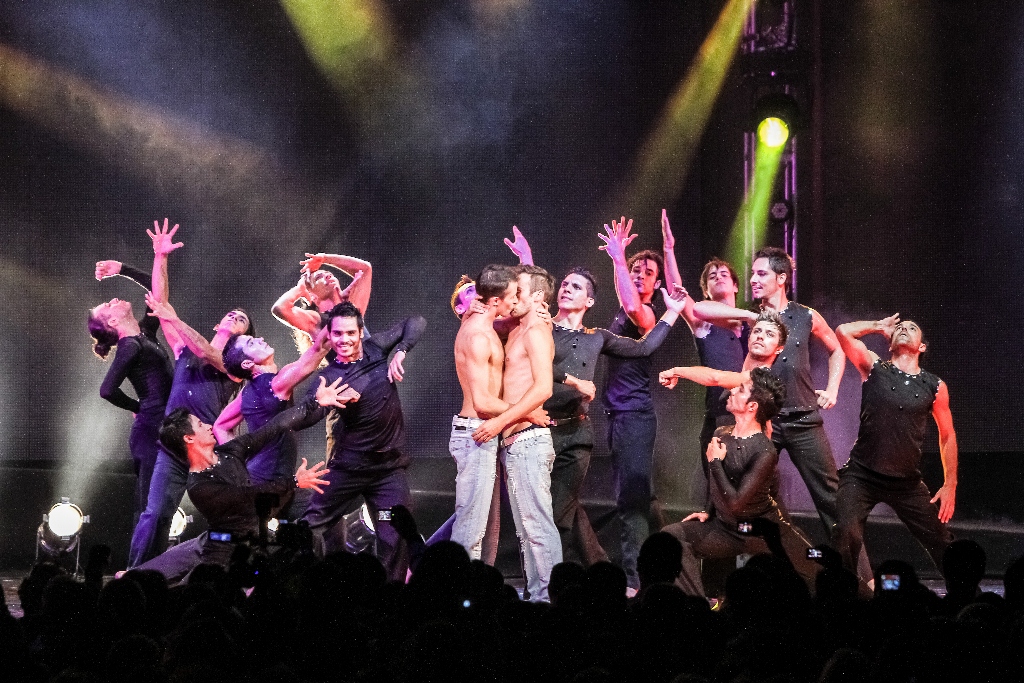 The LGBT festivities take place the second week in March, after the main Grape Harvest Festival ends. This conservative northern city has a smaller, more demure scene than Buenos Aires, but during this week-long celebration Mendoza lets its rainbow flag fly high and proud.

Developing into a major attraction of Mendoza's annual Vendimia, in 2003 the City of Mendoza Government recognized this as an Official Vendimia event and included it in their Official Program.

As the event continued to grow in size and scope, five years ago Bustos hired brothers Gabriel and Fernando of Gabriel Canci Difusion to produce the event. They developed the slogan Vendimia For All recognizingit is now attended by the LGBT community and many straight persons. “This was a good idea which began within the gay community, but is now non-discriminatory and welcomes everyone to participate,” says Gabriel Canci. “This has caused the party to explode and become even more popular with attendees coming from all over the world. For the past five years the number of participants has grown each year and we keep having to move it to larger venues. For the 18thAnnual Gay Vendimia in 2013 we are planning to hold the event in a large stadium and this location will be announced later this year.” 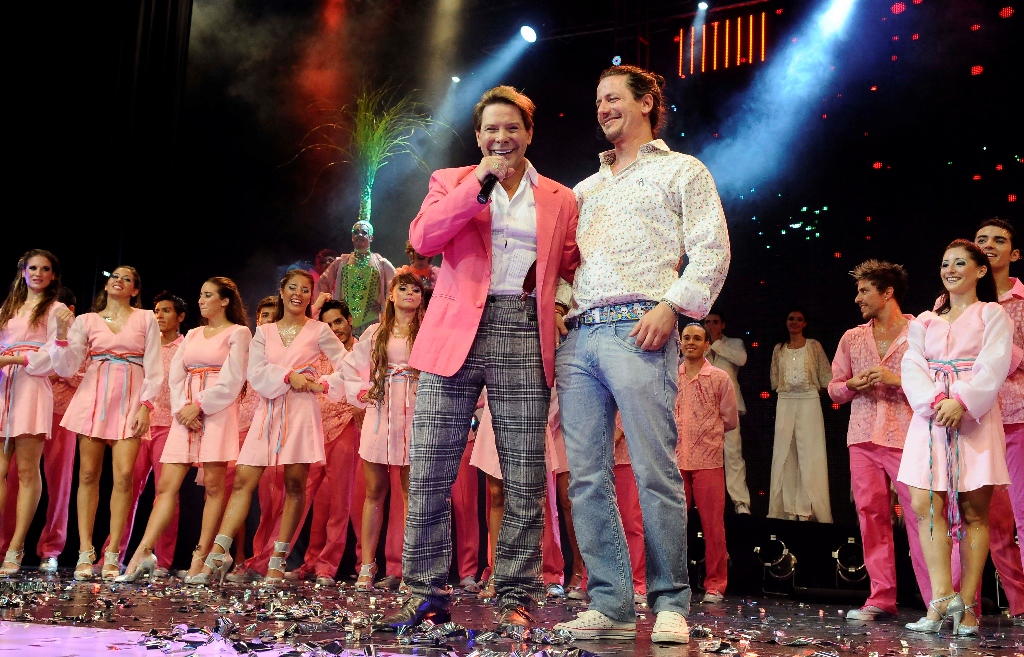 This eye-popping Las Vegas style extravaganza and dance party with state of the art technology incorporates over 200 singers, dancers, acrobats, actors, drag queens, live music, renowned DJs, and, of course, the judging and crowning of the Gay Vendimia King and Queen. The doors open at 11PM with warm-up performances, the King and Queen contestants show begins just after Midnight, and then the dance party lasts until 8AM.

The main event of the King and Queen crowning is preceded by a week long series of events at the local LGBT bars and clubs including Bustos' owned La Reserva Pub and Queen Disco. The contestants are pre-screened and the finalists participate in a series of activities until the grand finale when a panel of media and celebrity judges plus fifty randomly selected audience members make the final decisions. 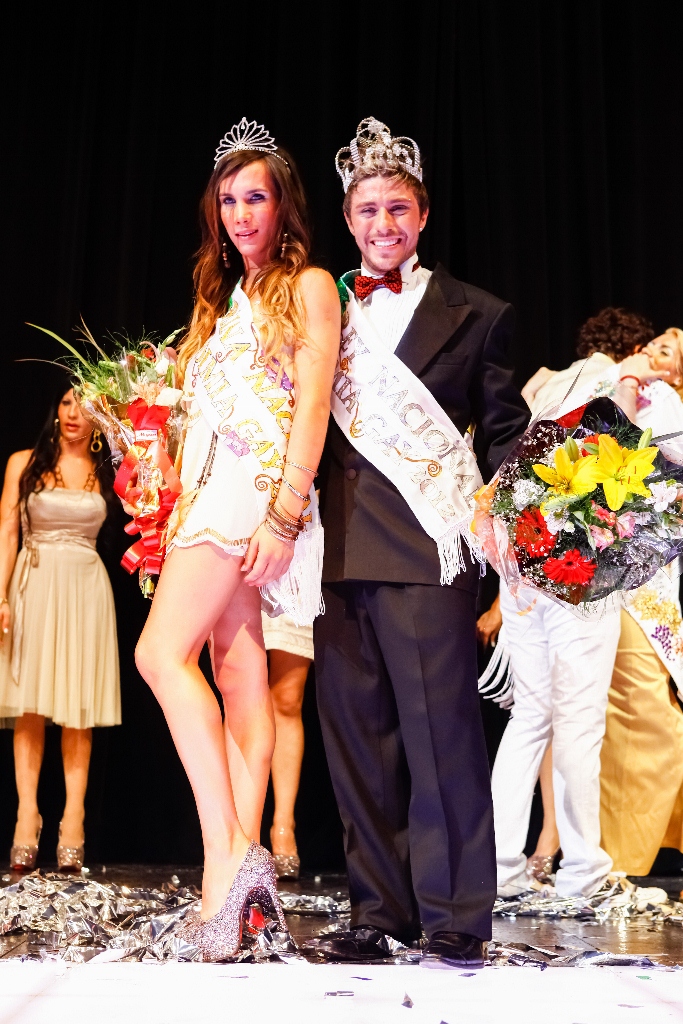 The very gay-friendly city of Mendoza offers many attractions for LGBT travellers, although most venues are mixed with a gay and lesbian clientele. La Reserva Pub is a small boisterous pub that hosts theatre and music during the week and drag shows on weekend nights. Estación Miro is where you’ll find quite a diverse mix of gay men and women including many transsexuals dancing the night away. Queen Disco is Mendoza’s oldest gay club, and is the place to be on Friday and Saturday nights to boogie to pop hits, techno, and Latin music.

A sophisticated local culture blends with a simpler, unhurried lifestyle for a perfectly relaxing vacation. Great sights and experiences during the day plus restaurants, bars, and cafes offer a multitude of nightlife entertainment options including gay and gay-friendly establishments. Late at night the Aristides Villanueva is the street for dining out and of course the action starts at about 10PM as with all Argentine dinners. Here you will find a festive atmosphere with large patios full of locals and tourists indulging themselves at restaurants offering every International culinary delight imaginable. Plus, of course, the renowned Argentine Parillas, where beef is a heavenly delight especially when accompanied by a local Mendoza vintage red wine. All at prices lower than almost any other major vacation destination in the world today.

The heart of Mendoza is the main square called Plaza Independencia from which the streets and avenues spread out in all directions. The very large inner-city Parque San Martin offers a multitude of relaxing outdoor activities in a lush green environment, and the Area Fundacional is a trip back in time to the city's origins. 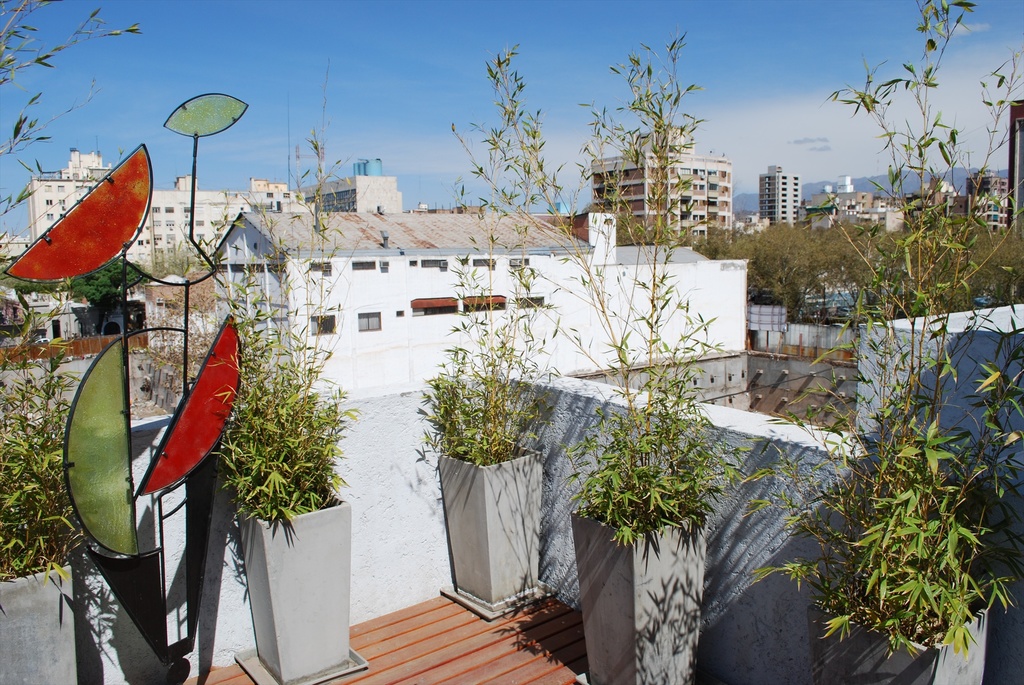 Mendoza doesn’t have any exclusively gay-only accommodations but renting a stylish apartment at the gay-owned and operated DeptosMendoza is an excellent choice. The staff speaks English and the modern-style, fully-equipped suites are in the heart of downtown. They offer designer vacation apartments in Modigliani Art & Design Suites or DOT Suites. Here you can also find expert advice on the local gay and lesbian scene or tours to the vineyards, hot spring spas, or outdoor sports activities.

Towards the end of a hot sunny day the gay Alternative Spa for men can offer a respite from the heat. It is open from 3PM to 11PM offering whirlpool, sauna, lockers, solarium, relaxing areas, and bar with a chance to unwind and meet the local gay community. 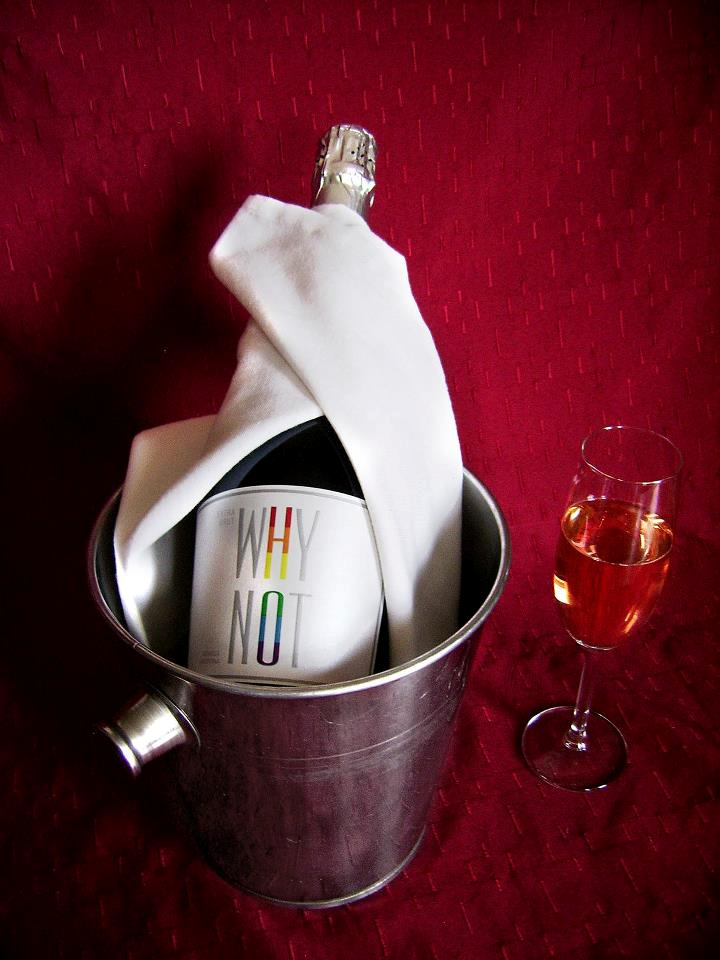 Plus of course you can sample the special LGBT spumante sparkling wine of Mendoza called“Why Not” with a rainbow incorporated into the label and know that you are truly in a gay-welcoming city.
Erica Reverter, the young entrepreneur responsible for initiating the project, while studying Marketing Wines at the Wine Institute of Mendoza. As part of a contest students had to submit a sales concept and find an original initiative to promote sales. Reverter chose the LGBT market since in the wine world vintners do not usually think of these LGBT consumers as having their own tastes and needs. The idea eventually won the contest and it was a matter of months before the "study", became a reality.

Pack your party clothes, dancing shoes, prepare to sample good wines, and head to the Argentine city in the Andes which welcomes you---Mendoza.

I have been there, it is a fun event...was at one point very controversial, as Mendoza is relatively conservative being an agricultural city, but now the event has official backing. Vendimia as a whole is fascinating and weird for a harvest festival and emphasizes Argentina's love of beauty queen culture..................