Finally, A Comeback for Travel to Haiti? 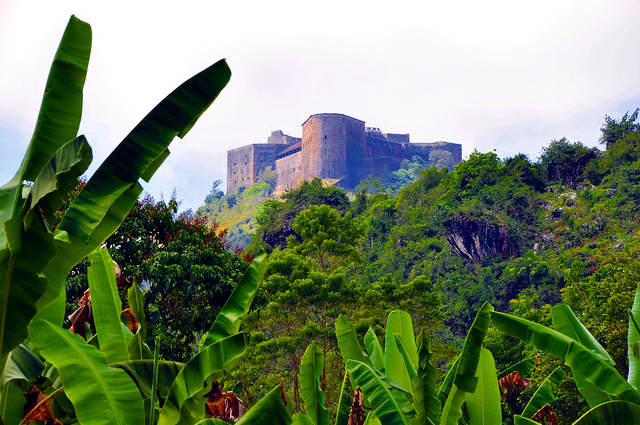 Haiti tourism, it would appear, is once again on the march.

Yes, thanks to its rough history, the Massachusetts-size country sharing the Caribbean island of Hispaniola with the Dominican Republic has admittedly been a tough sell from a travel standpoint for many years. And yet... Haiti also has a surprising amount to offer. Its beaches and waters are pristine (in fact, many thousands of Royal Caribbean cruisers have experienced them, since its Western Caribbean itineraries include northern Haiti's Labadee Island) and its snorkeling/diving are spectacular (healthy, undamaged reefs and distinctive features like the 450-foot-deep "Zombie Hole"). Having visited years ago, I can attest that its cuisine is quite tasty, offering a distinctive twist on the cookery of other islands that those of you who've visited the Caribbean may have sampled, along with some of the hemisphere's best locally produced rum. There's charming colonial architecture and historic sites such as the dramatic mountaintop Citadelle, a UNESCO World Heritage Site (above) dating from the earliest days of the independent republic; a robust Haitian art scene that produces, for example, some of the world's most distinctive paintings; and community tourism among a people who despite many hardships are among the Caribbean's friendliest and most welcoming.

Indeed, there was a time in the 1970s and early1980s when travel to Haiti, particularly among Europeans, was significant, steadily growing, and in fact even considered one of Caribbean travel's real up-and-comers. But of course, the years since 1986, when dictator Jean-Claude ("Baby Doc") Duvalier was deposed, turned into notoriously difficult ones, crowned by the horrific 7.0 earthquake of 2010 three years ago this month. And through most of that time, the once-promising tourist trade faded away, largely ignored.

Then, in May 2011, a popular singer named Michel Martelly (known on the stage as "Sweet Micky") was elected president and later declared tourism a key priority; Haiti Tourism Inc. was established in Tampa, Florida to spearhead marketing and PR. Says its head, Davidson Toussaint, "We want both North Americans and Europeans, and while we do of course have beautiful beaches that are less crowded and more unspoiled than in much of the rest of the Caribbean, we also feel we can appeal especially to travelers looking for something a little different - such as young professionals with an interest in history and culture."

Furthermore, they're backing up the PR and marketing with some concrete action, as announced several weeks ago by tourism minister Stéphanie Villedrouin. These include infrastructure improvements such as construction of secondary airports in the west of the country; setting up a tourism police and other security measures; and development of various outlying tourist sites. Because to be sure, infrastructure definitely remains a weak point. But the situation has rapidly been improving of late, and at least $100 million from private investors, the Clinton-Bush Haiti Fund, and even the International Red Cross has been marshaled toward this end. A chic four-star hotel called the Royal Oasis, part of Spain's Occidental resorts chain, opened in December, and more than a dozen others are in the pipeline, including a Marriott and a Best Western. It should be noted that especially in the capital, these properties are not all necessarily aimed at tourists but rather at business travelers and aid workers. In the more overtly leisure sector, there are a number of resorts up to international standards all along the coast, including the former Club Med, for the last six years operating as Club Indigo; virtually all of them provide secure, reliable airport shuttle service and island touring options. In addition, more development projects are underway in centers such as Jacmel and Les Cayes on the south coast, and Cap-Haitien up in the north, and there is something of a mountain-biking scene that got a major boost with the country's first pro mountain-bike race on February 1.  Celebrities have been down to lend their support, and Rihanna is due to give a concert in Port au Prince in December. Will all this activity finally help lure international visitors back to Haiti? Time will tell, but for the time being it looks like things are trending upward. Airlines flying to Haiti from North America now include American, Delta, Continental, Spirit (as low as $140 round-trip out of Fort Lauderdale, last I checked), and Canada's Transat Air, and now the country has just this month received its first tour group in 23 years from one of Canada's top tour operators, Montreal-based Transat Holidays.

Transat spokesperson Debbie Cabbana says the company has been truly "impressed and excited" with Haiti's progress, and declares that "the country is ready to welcome travelers looking for something different, who want to get into the culture and meet the people as part of a guided experience, and to come back with a real story to tell." At the moment, Transat is running one departure per month, but expects that to grow over time. (And for Americans who might be interested in flying down from the States and participating in the land portion of Transat's programs, this can be arranged through Port au Prince's AgenceCitadelle.)

Furthermore, observes Ms. Cabbana, Transat would not have committed its reputation and considerable resources to re-establishing programs to Haiti were it not confident that "our clients will be safe and that any risks will be minimal. Our Haiti packages, including the choice of hotels and the guided excursions program, have been put together with those concerns uppermost in mind."

In fact, the crime rate in Haiti is significantly lower even than many far more touristically popular Caribbean destinations such as Jamaica and the Dominican Republic, and while this country of course remains famously poor, such is also the case in various of its neighbors - and in my experience, especially traveling outside of Port au Prince, it doesn't feel all that different. Minnesotan Terry Curtis, who lives part time in Port au Prince and writes about the island on his site HaitiTravelAdventures.com, along with offering assistance to independent travelers, "in the three years I've been living there, I've never had a safety issue. I've walked home from nightclubs at 2 am. I just don't see street crime." Adds Paul Clammer, author of Bradt guidebooks' recently issued Haiti title, "I really do not believe that safety is the issue that the media would have people believe. As for the aftereffects of the earthquake, of course there are still some, but for visitors there is very little impact; after three years there is very little rubble to see, and all major public spaces are cleared of tent camps. Also, power outages are not an issue in the upscale hotels that foreign visitors would visit."

So clearly, something encouraging is afoot down here, and three years after that terrible quake, tourism here may be facing its best moment in many years, when even travelers beyond diehard adventure-seekers can envision visiting Haiti as they would anywhere else in the Caribbean. And I for one plan to return and become one of them at the earliest possible opportunity.