Christmas Has Become a Big Deal in Vietnam

How is Christmas in Vietnam celebrated?  Despite Christmas not being traditionally celebrated in Vietnam, the Christmas spirit has certainly arrived in recent years, with decorations proudly lacing many an office and apartment building. Today, Christmas is one of the major festivals in Vietnam and celebrated with much enthusiasm by people of almost all religious communities. 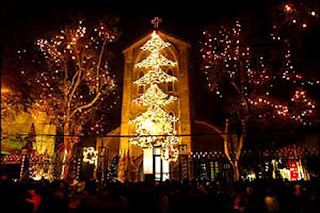 In big cities such as Hanoi and Ho Chi Minh City, Christmas is a big event and celebrated a little bit differently from the European tradition. The Christmas decorations here are more or less similar to the Western Christmas beautifications. About one or two weeks before Christmas, churches, highrise buildings, shopping centers, shops and streets in the cities are striking by colored lights. Many young boys and girl go to these places to take photos with the beautiful decorations. 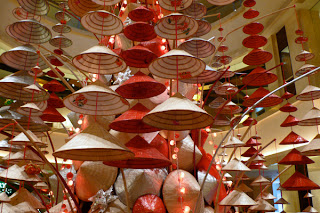 Unlike Christmas in the United State, where most of celebration in the home with home cooked meals and family gathering, the Vietnam hold the event outside. On Christmas Eve and the morning of Christmas Day – December 25th, there is a large focus in the church. People go to many churches around the cities or towns to enjoy the Christmas atmosphere. For the Christians, it is a solemn ceremony. For others, this is an interesting spectacle. The biggest, most crowded and beautiful church in Hanoi is the Saint Joseph Cathedral and in Ho Chi Minh City is the Notre Dame Cathedral (or Notre-Dame Basilica). Both of these cathedrals are in the center of the cities. In other cities or provinces, they do not have many interesting activities like Hanoi or Ho Chi Minh City, but with the Christians, Christmas is still the most important occasions in a year.
Another interesting way in Vietnam enjoins Christmas in Halong bay, one of the world nature wonders. Spending the Christmas Eve in the traditional Vietnamese Junk would be much better than staying in the city. Santa will arrive by dingy at midnight bringing some small gifts for everyone on board. To sing Christmas songs together, you won't forget about a special christmas in Vietnam. 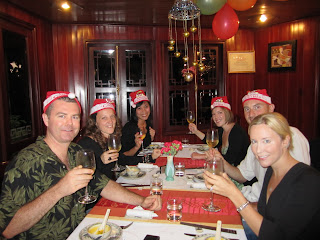 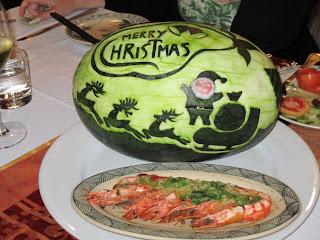 For information about cruises in Halong Bay, please visit: http://www.indochinasails.com/