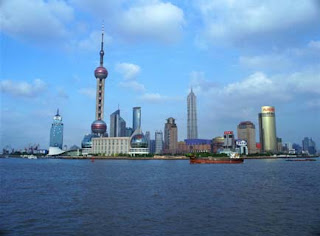 Well, the world’s biggest nation must be doing things very right. For the fifth straight year, China is the Best Selling Destination in Asia in Recommend’s Readers’ Choice Awards. It now woos visitors with a full schedule of nonstop flights from a half-dozen U.S. gateways to Beijing, Shanghai, and Hong Kong, and on the ground, hotels are bursting out all over.
Responding to both domestic and international demands, U.S. chains continue to rush into the China market, transforming urban areas and fueling the exploding travel market. Granted, for many years there have been trophy hotels – Four Seasons and Ritz-Carlton in Shanghai, and Park Hyatt in Beijing. However, others continue the development of glitzy five-start properties on prime locations in gateway cities. More recently arrived are U.S. –based international chains such as aloft, Courtyard by Marriott, and Four Points by Sheraton, all attracting investors in second- and third-cities such as Tianjin in northeastern China and Hangzhou near the Yangtze River Delta. China hands point out that it is worth searching out some of those traditional gems among local accommodations, such as Han’s Royal Garden Hotels, occupying a series of five courtyards that have been painstakingly resorted into a luxury hotel in one of Beijing’s most charming neighborhoods.
The average stay for visitors from the U.S. is about 10-12 days. And for the American market, the big four attractions are Beijing and its cornucopia of imperial sights; Xian’s terracotta warriors; cosmopolitan Shanghai and its surrounding water towns, and the Yangtze River cruises whose highlights are the Three Gorges Dam, the small gorges of Daning River, and life along the mainstream itself. Xinhong Zhang, director of the China National Tourist Office in New York, recommends that, “Americans who love Yantze River cruising should consider leaving a couple of days at each end to explore Chongqing – your place for the Giant Panda Encounter, as well as a trip to the Buddhist grottoes at Dazu - and Wuhan – with an excursion to monasteries on the most sacred of Taoist mountains, Wudang.
Looking ahead to repeat visitor interests, Zhang points out that the Yangtze River, the world’s third longest, feeds a region enjoying some of China’s most beautiful scenery and cultural treasures, particularly in the provinces of northern Sichuan, whose base for exploring is Chengdu, and northern Hunan, with Changsha as a base. Repeat travelers will also want to fly to Guilin in the southwest, transferring via a Li River cruise to the rural retreat of Yangshuo. Excursions from here by boat and bike feature stunning scenery to traditional villages and markets. Obviously in a country as large – geographically, historically, and culturally – as China, there can be a lifetime full of repeat journeys.
Travelers wanting to visit this Best Selling Destination should defiantly consider travelling by cruise on the Yangtze River.