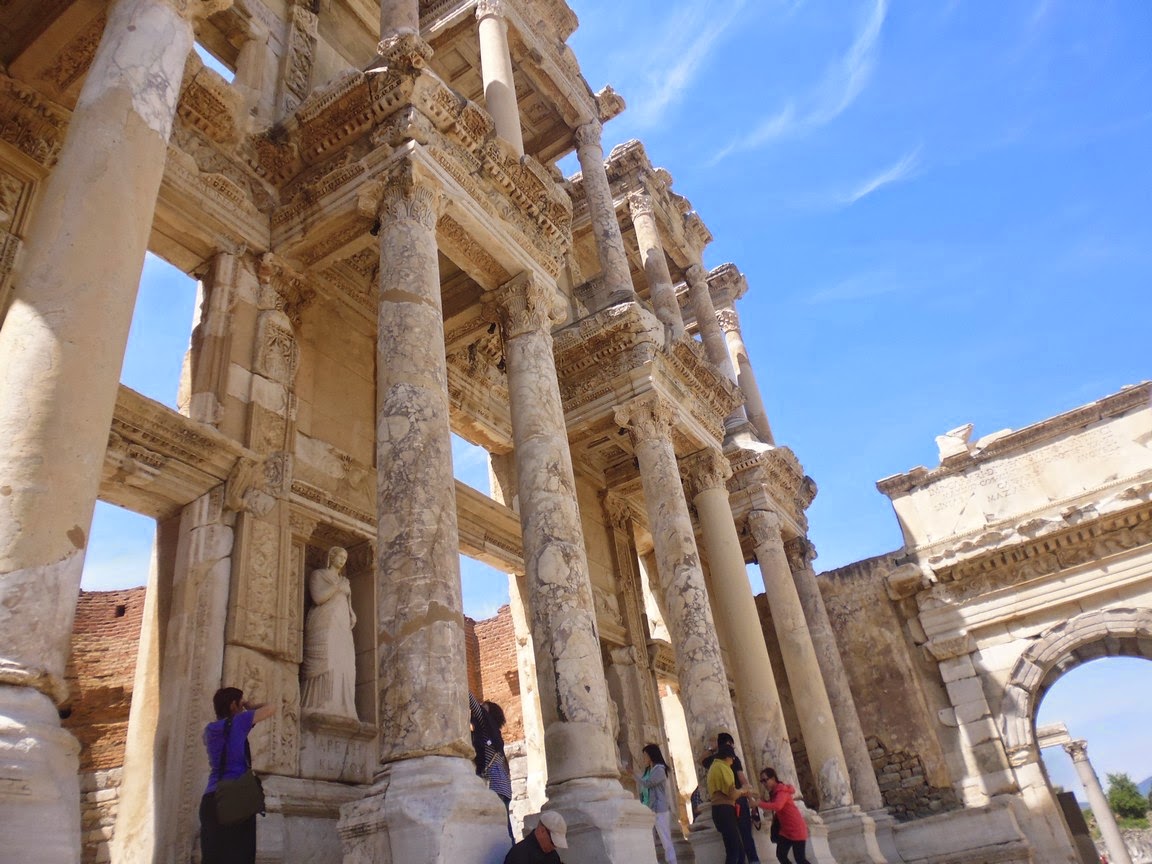 One of the most famous structures at Turkey's ancient ruins of Ephesus is the Celsus Library. It is often featured on picture postcards and has also been shown on the country’s notes of currency. While on a guided tour, free time is given at this sort to explore the architecture, plan and interior. You will definitely want to get your camera ready.

The architecture is typically Greek with nine steps leading up to the platform that holds the main library. Behind four sets of paired columns, there are three entrances of which the centre one is the largest and the upper level was fronted by windows. Within the front walls are hollowed out niches which were filled with statues of which some are still visible today. This type of architecture was actually typical of theatres for that period. The main hall measures 17 x 11 metres of which underneath is the sarcophagus of Tiberius Julius Celsus Polemaeanus. From the entrance, the walls to the left, right and in front held cupboards and shelves that used to contain the 12,000 scrolls. From this main hall, there used to be a set of stairs which reached the second floor that was more open to the natural daylight in order to benefit readers.

The statues that are seen at the Celsus library are unfortunately not the original versions, which are in a museum in Vienna. The statues each symbolize one characteristic including virtue, knowledge, intelligence and wisdom. You can read more information about Ephesus at https://toursce.com/blog/ephesus-ancient-city/