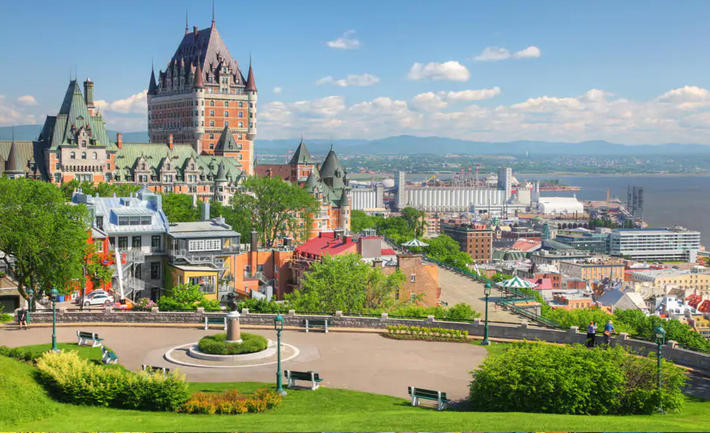 Being the world's second largest country by area, Canada is abundant in beautiful landscapes and unique locations for travellers to explore, boasting culturally rich cities and incredible natural wonders, including 15 UNESCO World Heritage Sites (and skiiers/snowboarders take note: it also has the world's longest season). There are almost too many fantastic Canadian destinations/experiences to list, but these five, in my estimation, are the ones you should absolutely not miss!

Just an hour's drive from Toronto, Canada's single most spectacular attraction is the world's largest waterfall by volume of water cascading over it, drops 57 meters, and brings in up to 20 million visitors per year. The famous "Maid of the Mist" boat rides take you close to these impressive falls - and provide rain ponchos, because you will get wet!

The Canadian Rockies more or less form a border between the provinces of British Columbia and Alberta, and most of them lie within beautiful national and provincial parks (collectively landmarked as a UNESCO World Heritage Site), with easily navigable roads which encourage people to hire cars and explore on their own. Highlights include Jasper, Banff, and Lake Louise.

West of the Rockies, up in the Coast Mountains of British Columbia, this famous village and ski resort is just a two-hour drive from Vancouver. It's always been a winter sports area but has enjoyed skyrocketing popularity after hosting following the 2010 Winter Olympics Games. Visitors can expect world-class skiing, hotels, dining, and a plethora of outdoor recreational opportunities.

If you are hunting for a historic Canadian gem, Vieux Quebec (top) will not disappoint. Some of the top This UNESCO World Heritage Site include Château Frontenac, the Citadel, the Augustines Monastery, the Ursulines Museum, and the Place Royale.

Montreal's historic core, too, is home to lovely historic buildings, and has also become and a go-to place for shopping and fine dining. Some of Vieux Montréal's must-sees include Rue Bonsecours, Marché Bonsecours, Notre-Dame Basilica, Place Jacques-Cartier, and City Hall.