The Bahamas’ westernmost island group (made up of North Bimini, South Bimini, and several even tinier island such as East Bimini and Cat Cay), have been a favored getaway - especially from nearby South Florida (just 50 miles away) - since the early 20th century. Favored by the jet stream, with a population of barely 2,000, it very much conserves the flavor of the olde-tyme Caribbean of yore (yes, I know, the Bahamas aren't technically the Caribbean), and its clear, paradisiacal waters have been playgrounds for bathers, snorkelers, divers, and especially deep-sea fishing enthusiasts drawn by big game fish such as marlin and swordfish, fed by the tales of Ernest Hemingway, who worked on classics here such as Islands in the Stream and To Have and Have Not. The more "developed" island (so to speak) of North Bimini – just seven miles long and no more than 700 yards wide at most – is occupied by several villages such as Alice Town and contiguous Baily’s Town, with beaches fringing its western coast (one of which is home to a rusted wreck of the Gallant Lady, outside which I splashed - but do not under and circumstances try to enter the wreck, as the waves will slice you to ribbons against its rusty, razor-sharp edges), while offshore, divers and snorkelers. delight in exploring the wreck of the freighter SS Sapona, sunk in a 1926 hurricane. The North Bimini's main road is King's Highway (where in addition to several shops, bars, eateries, and small hotels/resorts, you'll also find the small, rustic Bimini Museum (above, the hours of which seem to be unpredictable); a Straw Market (with some stands open throughout the week but best on weekends); a monument to local history/dignitaries; and the workshop of 85-year-old master boat builder Anson Saunders (above), who is happy to tell visitors about his craft as well as his life and times (for example, when in the 1960s he hung out with Martin Luther King, Jr., who visited the island several times and polished his "I Have a Dream" speech here). Running parallel to King's Highway just three or so blocks north is the shorter Queen's Highway.


More sparsely populated South Bimini – a very short ferry hop away – is home to a couple of resorts especially popular with anglers, as well as tours including dolphin spotting and kayaking the mangroves. Visitors are also fascinated by SharkLab, a scientific research station on South Bimini, and divers with the islands’ 11 wrecks as well as the Bimini Road, a mysterious, half-mile-long complex of submerged blocks that while probably a natural feature looks manmade enough in parts that it's led to speculation about it's being a remnant of a lost, submerged civilization - or even part of a road system leading to Atlantis. 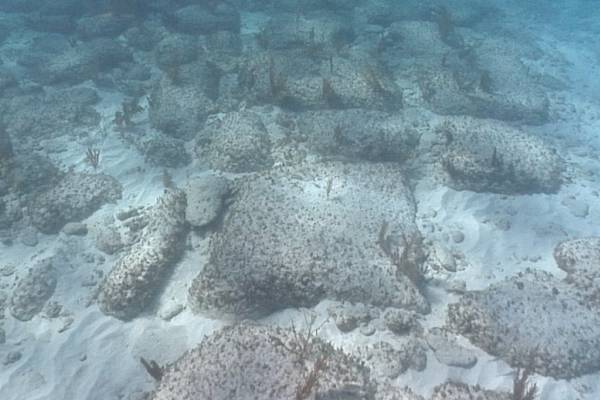 During most of the 20th century and even up till the present day,, Bimini has mostly remained a fairly small-scale destination, both because of the small number of rooms on island as well as limited access, via a two-hour ferry ride as well as half-hour flights on small planes and seaplanes. 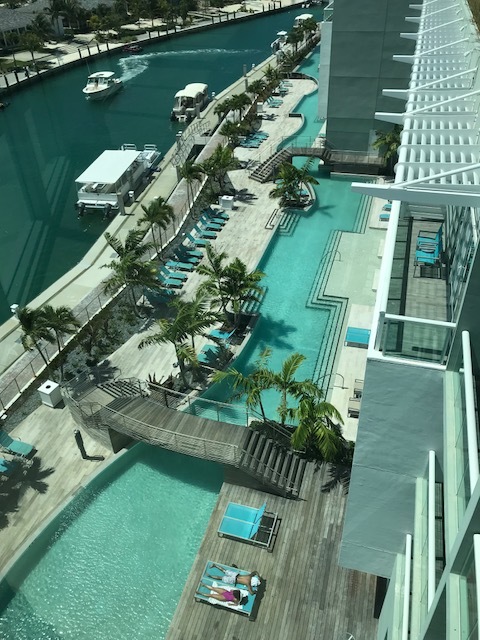 But developments in recent years have begun to open up both availability of lodging and airlift, thanks to the initiation of regularly scheduled Silver Airways service in 2006 and as of this past May 4, Bahamasair starting at four times weekly – its first scheduled service out of Miami apart from Nassau. And the handful of small lodgings and low-key hotels was joined in 2015 by a glitzy resort occupying most of the eastern end of North Bimini, called ResortsWorld Bimini. This world-class 300-room property has three restaurants (one of which was the site of filming of Real Housewives of New Jersey during my last visit, this past June), two beaches, two pools (one on a rooftop, the other running the length of the resort’s eastern side), a spa, a salon, a gym, and even a small casino.

Round-trip fares from Miami run about $75 via FRS Caribbean Ferry and around $300 via Silver and Bahamasair.

Coverage made possible by a visit sponsored by Hilton ResortsWorld Bimini.