Just the other day I had the chance to get an all-too-brief taste of Norway’s second city before boarding a weeklong Hurtigruten cruise up the coast, and OMG what a right little gem I found Bergen to be. Well, if you can call a city of 266,000 “little” – but honestly, how the locals describe it really does feel totally true: essentially,you could think of it as the world’s biggest small town (for me, the German term gemütlich comes to mind).

Surrounded by forest-clad hills on Norway’s southwestern coast, the “gateway to the fjords” was founded by a King Olav Kyrre way on the site of a trade settlement back in 1070; served as Norway’s capital for several decades in the 13th century; and was for a goodly few generations one of only four main outposts of that legendary Germanic mercantile powerhouse of yore, the Hanseatic League. So unsurprisingly, there’s a whole lotta history here – perhaps more than any other Norwegian burg (in fact, it’s one of this country’s seven UNESCO - more about that below). Plenty of good hotels in all price ranges here, too. Bergen’s core wraps around a pair of harbors, and its single most noteworthy landmark – pretty much the main reason for its UNESCO World Heritage status – sits alongside one of them. Bryggen is a warren of wood clapboard buildings that became the Hanseatic HQ from the 14th to the mid-16th century, and though periodic fires – including an especially huge humdinger in 1702 - have over the centuries done away with chunks of this district (hey, build in wood, duh…); the most recent was in 1955. But the swath of 62 buildings that remains delivers the proverbial blast from the past – narrow lanes, askew façades, and hanging galleries,
all now occupied by cute little boutiques, restaurants, and other stalwarts of the tourist trade. I dined on some very tasty local uer (red snapper) in one of these restaurants, Bryggen Tracteursted, which is the oldest eatery in town and certainly looks the part, with a red-clapboard exterior and a cozy, equally woody décor of rustic green wood-plank walls. To get a bit of a sense of what it all was like back in the day, the Hanseatic Museum is a don’t-miss. It’s a four-story townhouse whose rough-hewn period furnishings (bunk beds were apparently de rigeur) are supplemented by pretty interesting exhibits, AV presentations , and bunches of dried cod. But I must say that even though I’m not claustrophobic, if I had to call these dark, closed quarters home, before a week was out I’d be pathologically depressed if not suicidal. - The Fisketorget (fish market, above) right in the middle of downtown on Vågen,harbor, is a great little scene, a collection of stalls hawking food, flowers and of course especially marine fauna, both fresh and packaged (haven't seen such a big selection of caviar in a good long while, actually). - The Fløibanen Funicular railway up to a lookout point in one of the surrounding hills. Great view of the city plus hiking trails and the inevitable souvenir shop - but boy, was it crowded when I was up there. 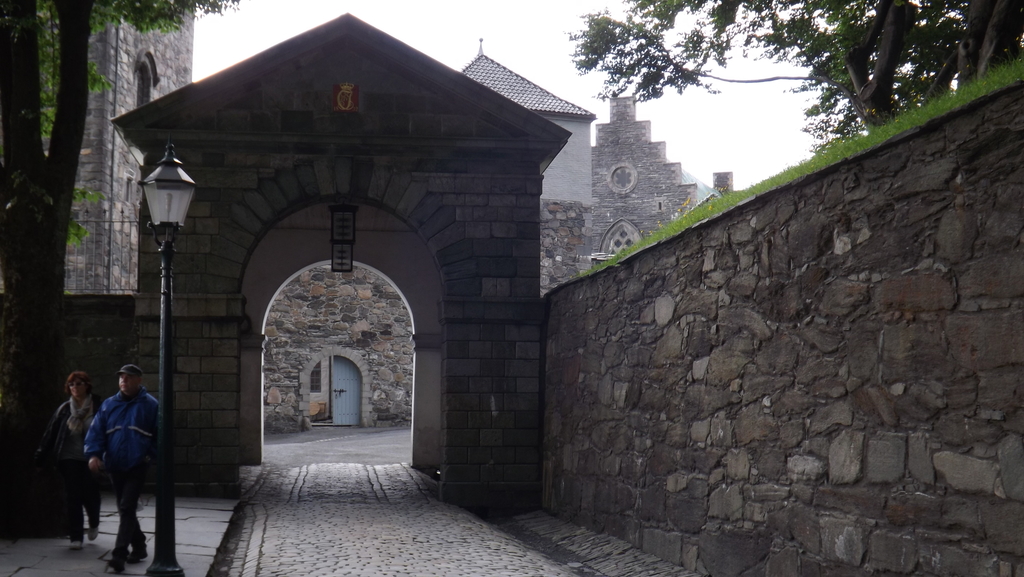 - Bergenhus, the local fortress - and in fact even today there’s still a military contingent here. Highlights include the 13th-century Hakon’s Hall, the 16th-century Rosenkranz Tower (lots of narrow passageways and stone steps, be warned), and a military museum that includes exhibits on the local anti-Nazi resistance during WWII. 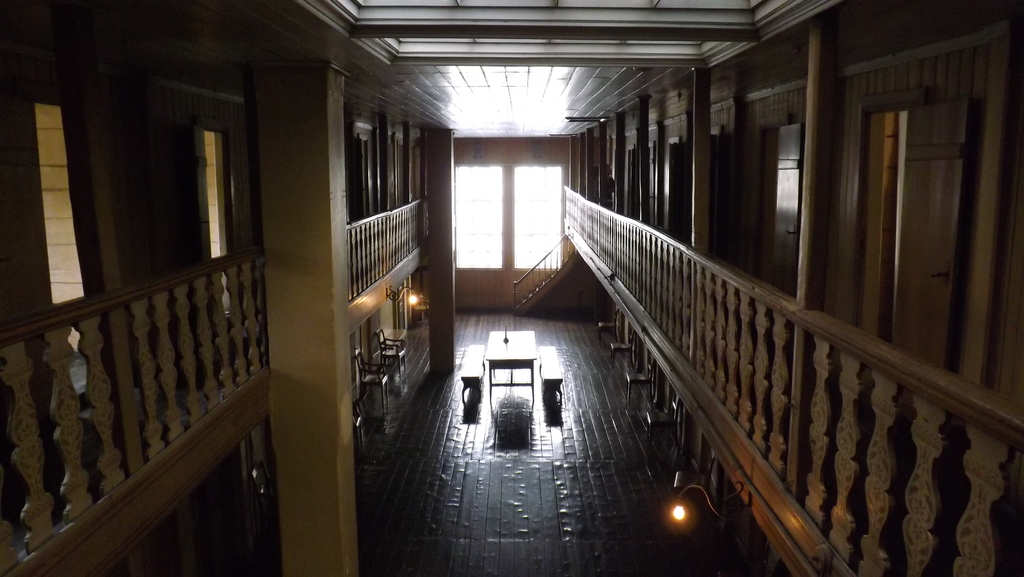 As for the rest, I found the cathedral surprisingly underwhelming (I mean, I’ve been to Starbucks that’re bigger and more elaborate than this puppy); the aquarium hyped all around town (“Meet the Locals” plastered over a pic of a sea lion) was visited by someone else in our group and reported to be good but showing its age and nothing to particularly write home about; and the Leprosy Museum (I s*** you not; pictured above) was somewhat interesting (great tips, for sure – did you know a Norwegian was responsible for identifying and curing it?) but not surprisingly kind of a downer.

Other interesting-sounding stuff was too far out of downtown to get to in time, including an ancient stave (Viking-era) church (praise the Lord and pass the axe, Knut!); several historic houses including that of composer Edvard Grieg; and a couple of Colonial Williamsburg-type open-air museums. Not too disappointed about that, actually, because to tell you the truth I’m looking forward to coming back to Bergen as soon as possible, and all of that is on my list. Something tells me I will, however, probably skip the Norsk Trikotasjemuseum (Museum of the Norwegian Knitting Industry). Not that there’s anything wrong with that…

For more, check out Visit Bergen’s web site. And for an endearingly self-deprecating little anecdote from my visit, click here.