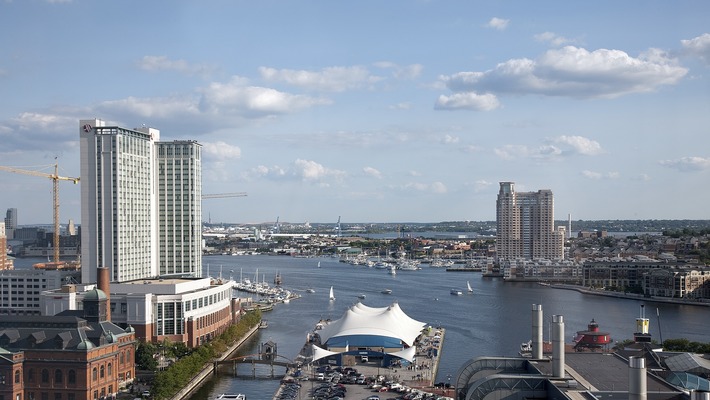 When you think of world art meccas, the likes of Paris, Amsterdam, New York, and London are what typically come to mind. But there are quite a few others which are home to surprisingly rich art culture, and a good example, just a half hour's drive from Baltimore-Washington International Airport, is Maryland's largest city (pop. 602,000). nd you will be surprised by the rich and impressive art culture found in this city. And here are four excellent examples:

The Baltimore Museum of Art

The ciy's premier art address boasts, among other things, the world's largest collection of paintings by French Impressionist Henri Matisse (more than 1,000), as well as works by Cézanne, Degas, Picasso, Rembrandt, Renoir, Van Gogh, along with more contemporary artists like Johns, Rauschenberg, and Warhol. There's plenty from the rest of the world, as well, including Africa, Asia, ancient civilizations, decorative arts, and textiles. To top it all off, admission to the BMA is free!

To begin with, this 25-year-old institution - designated by Congress as the USA's official national museum and education center for intuitive, self -taught artistry (also known as "raw art" or "art brut") - can be thought of as an artwork itself thanks to its award-winning architecture won many awards. With a very different feel from most art museums, its themed exhibitions of works in all media by "regular people" such as farmers, housewives, mechanics, the disabled, the homeless, and prisoners are constantly changing  It's located in the Federal Hill neighborhood, a 20-minute drive from the BMA.

In one of the city's oldest neighborhoods, Mount Vernon-Belvedere, the collection here dating back all the way to 3000 BC, through to the early 20th century. Exhibits include pieces of art, jewelry, rare books and collections of jewels from ancient Egypt, Greece, Asia and Ethiopia. There are also collections from the Byzantine, Roman and Renaissance Eras. The Walters Museum of Art is one of only a few in the world that have such a comprehensive collection, and with free admission there is no reason not to experience this collection of art.

Located in Columbia, a half hour from downtown Baltimore, the non-profit AAMM is one of just three museums in the USA devoted entirely to Africa. Celebrating its 40th anniversary this year, it both engages in research into traditional African art and culture and displays an impressive range of it from the continent's 55 countries, both in North Africa (such as Morocco and Tunisia) and sub-Saharan countries like Ghana, South Africa, Senegal, Somalia, Zimbabwe, and elsewhere. A truly extraordinary and enriching experience.