The capital of Georgia has become a formidable tourist destination in recent years. And of course when it comes to visiting, the first thing to think about is your hotel. The three top areas with the best Atlanta hotels are Downtown, Buckhead, and Midtown. Here's a quick rundown of your options.

Buckhead is the best region for five-star luxury and shopping enthusiasts, with Phipps Plaza, Buckhead Atlanta, and Lenox Mall are situated quite near many hotels. Some of the best hotels include the W Buckhead, Grand Hyatt, JW Marriott Buckhead, and the Intercontinental Buckhead. Other standouts include:

The Waldorf Astoria, a mix of Asian elegance (a legacy of its time as a Mandarin Oriental, up till December 2018) and Southern hospitality, specializing in great, attentive service. It also boasts the city's largest hotel spa; an elegant lounge featuring live jazz; a 60-foot indoor pool (above); and a terrace that is perfect for sipping Champagne.

The St. Regis Atlanta, a great place to go if you're fond of food. It also has a nice outdoor hotel pool and great tea service in the afternoon. 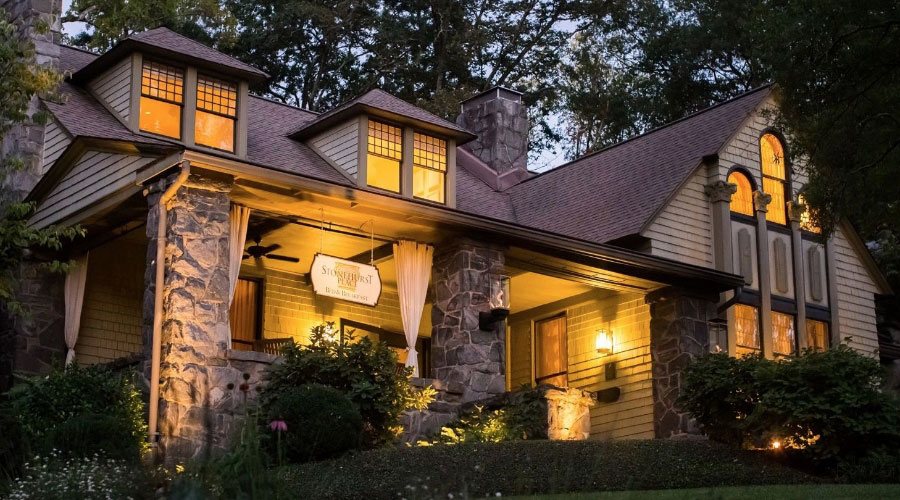 The city's most walkable area, Midtown is a prime destination for both leisure and business travelers, with luxurious and trendy hotels along with various attractions such as the High Museum, Atlanta Botanical Gardens, and Fox Theater.

Near Piedmont Park, the 414-room Loews Atlanta Hotel is great for both businesses travelers and vacationers, and features one of the area's largest fitness centers and spas.

For a much smaller, more intimate experience, six-room Stonehurst Place (above) is a luxury bed and breakfast set in a 19th-century manse with fireplaces, mahogany furniture, marble bathrooms, and museum-quality original art, along with the expected 21st-century amenities. 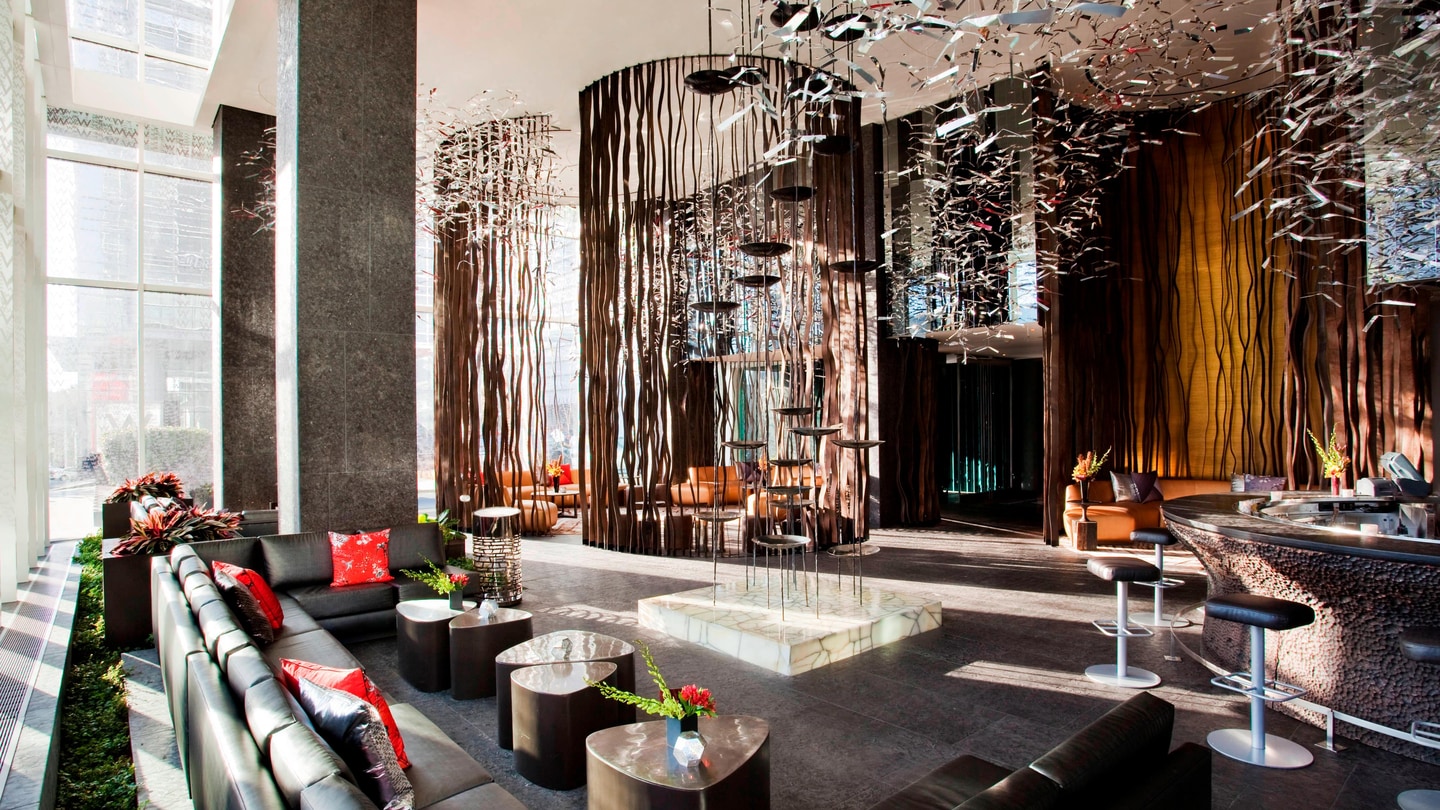 Attractions here include Centennial Olympic Park, the Georgia Aquarium, the World of Coca-Cola, CNN headquarters and tour, and the city's great children's museum. Three hotels to watch for:

At the trendy W Atlanta Downtown, you feel the chic vibe just walking into its jungle-inspired lobby, the Living Room (above) - which also hosts a buzzing evening cocktail scene. Besides a spa and pool, its new Local Motives restaurant has an organic, locavore focus in its creative Southern/New American menu.

The massive Hyatt Regency Atlanta has recently been updated to make its 1,260 rooms more energy-efficient. In addition to a fitness center and outdoor pool, there are four dining outlets, including the highly rated Sway as well as Polaris, its famous rotating rooftop restaurant, sourcing from dozens of Georgia farms.