In the middle of the 19th century, Dickens wrote his famous Tale of Two Cities about life in Paris during the French Revolution. Dickens contrasts the life of les misérables”(the poor) with the life of ceux de bonheur (those living happy lives).  In 2017, Paris once again presents to those who come to it a tale of two cities.

In February 2017, I was the guest of the CNI-SYNHORCAT, the largest French tourism trade association.  The CNI-SYNHORCAT invited me to address an elite group of concerned French tourism leaders who, after recent terrorism and the resulting drop in tourism desired to expand their knowledge on tourism security. Many years have passed since I last visited Paris.  Besides being there to lecture on tourism security and safety, I was curious to assess the accuracy of some notions about Paris that so many foreigners visitors have about the city.  For example, are the Parisians as rude as they are made out to be?  Is the city dirty?  How dangerous is for tourists to visit Paris? Are Americans abandoning Paris due to fear, high prices or hostility on the part of the French?

What I learned is contained in this short article. It is both an analysis of Paris the city, and of Paris the symbol.  In reality, Paris is not merely a place; it is also a state of mind, and as such symbolizes much of what makes tourism the special industry that it is.

Paris is of course a Mecca of tourism.  It is not only one of the world’s great cities but also one of the Earth’s most visited cities.  For many, Paris is the world’s symbol of elegance and lightheartedness, of chic, liberty and culture.  This view of Paris is one side of the city, but, as it is true of much of today’s world, there is another side to Paris.  The city also suffers from negative media, and from those in poverty.  Walking the streets of Paris you feel the struggle to preserve the past and the struggle to assure the safety of both its citizens and visitors.  Being not only an international tourism capital but also the political center of France, the city has had to find a way to mix the frivolous with the serious, and the intrigues of politics with the joie de vivre of tourism. 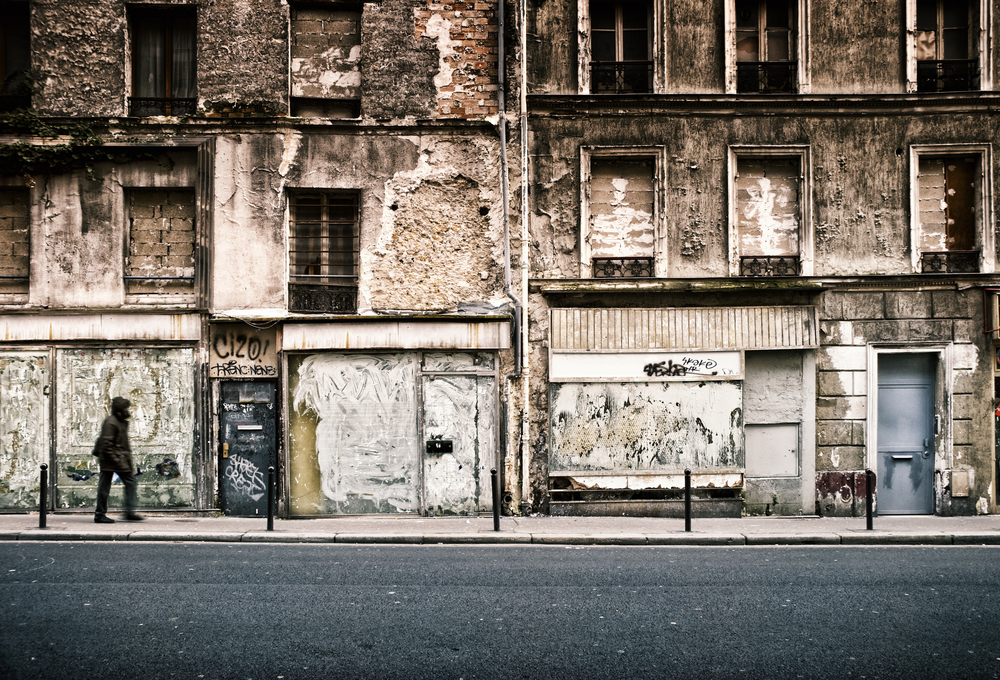 In reality, as is the case in many of the world’s cities, there is not one Paris, but many. There is the classic and elegant city. This Paris is the one that tourists tend to see. The city’s elegant neighborhoods are settings for centers of high culture and fashion; even some of its new buildings have a special élan, although others are pedestrian if not simply ugly.


Paris also is a city steeped in the ideals of liberty.  For example the city is home to a quarter-sized replica of the Statue of Liberty on the Île aux Cygnes (Isle of Swans).  There is, however, even in the heart of tourist Paris, another city - one of bureaucratic regulations, stores for rent, homeless beggars and street merchants.  Both faces of the city are ever present and both remind the visitor that Paris’ poverty exists in the midst of elegance, and that regulations often strangle liberty.

On some level, Paris reminds me of a beautiful older woman. The city feels tired and lives in the past tense. Walking around, you get the feeling that you are part of a living museum and its exhibits and sites full of distinction and elegance are the very breathe of this metropolitan dowager.

As is the case with many Americans, I must admit that I came to France with mixed feelings.  Many Americans like to remind the French that we liberated them in World War II.  Unfortunately, many Americans forget that, were it not for French help during the American War of Independence, the United States would not exist today. There is then a love-hate-love relationship that forms the basis of the way many Americans view France, and, for many Americans, France and Paris are synonymous. Perhaps these misunderstandings form the basis for why it is important for people to get to know each other, on their home turf and in a way that realities can overcome prejudgments.  Tourism is all about trying to understand the other, the unknown.  It behooves the tourist to see the other, not through  his or her eyes, but rather through the lens of the local reality.

A City of Lights and Elegance

No matter what the French do, somehow it seems to be more elegant than in other places; even the weather on a cold or rainy winter’s day turns into moments of elegance.  Paris is a city of style; from the simplest meal to a walk in a park, the city has a special flair, a je ne sais quoi that transforms the ordinaire into something special.

Even the French language reflects this elegance. Though there are a great many English-French cognate words, French is not an easy language to spell, pronounce, or read.  The French gave the English language many of our words for both food and culture.  In our daily speech we use such French words as: table, à la carte, restaurant and ballet.  English returned the favor by giving the French such words as: le week-end, le happy hour, le brainstorming, and le job.  To make matters fun, many French words resemble English words but are “false friends” with meanings that are completely different to the French mind than to the Anglo mind. ("Football" known in French as le football refers to soccer and not American football.)  The French have a reputation for being ruthless when it comes to the protection of their language.  Many foreigners come to Paris with the mistaken belief that a grammatical error or a mispronounced word will cause epithets to fly from a Parisian’s mouth.  In reality, I discovered that the French people with whom I interacted were quite pleased that I was trying to learn their language and went out of their way to be helpful and linguistically kind.  Much to my delight, I heard over and over again phrases such as: "Je suis enchanté(e) que vous essayiez parler le français avec moi, bravo et bonne chance!" (I am delighted that you are trying to speak French with me; good job and good luck!).

At least in the winter Parisians start their day late, with most shops not opening until at least 10 am. Perhaps it's because it stays dark until 8 am, or because French bedrooms tend to be colder than American bedrooms, or the heat doesn't come on until morning, or maybe just because the French like to stay up late to party, eat, or debate. Perhaps the French need their beauty sleep because the city is "on stage" as the heart of France’s national past times - sports and politics.  Paris is not only a world center for the plastic and performing arts but also for the art of diplomacy.  Perhaps here, more than other places, politics is the art of the possible.  During my brief visit this past February, I could feel the political winds blow as France prepares for its most divisive national election in recent history.

Politics is never very far below the surface and, contrary to what tourists are often told - that the three things you should not discuss with a Frenchman are God, money and politics - many French citizens were more than willing to share their opinions with me on almost any topic.  From their opinions regarding President Donald Trump to French presidential candidate Marine Le Pen, it seems everyone has something to say.

There is much to talk about.  Many French citizens believe their economy is in shambles. The nation has suffered several major terrorism attacks, and its foreign policy initiatives have been anything but successful.  Issues, such as immigration, both legal and illegal, are now ubiquitous and, while France struggles to absorb its quota of refugees, some of its best young minds seek ways to exit the country. France, then, is caught in a Catch 22 in which many of its immigrants do not wish to assimilate into French culture and many of its well-educated young people want to exit the country.  The result is that even the visitor sees Paris as a city of contradictions. Perhaps the most symbolic of these contradictions is that the rich invest in expensive apartments in the center city, but then they do not occupy them, creating luxurious ghost towns. Yet while pushing the poor ever farther from the city, they demonstrate for the “rights of man” This forced “gentrification” means that the less affluent, those who actually want or need to live in Paris, must commute from far away. Old neighborhoods are simply no longer affordable.

During my stay in Paris, I also observed the value of understanding what is often called "soft power".  Words are chosen carefully and in a land dedicated to personal liberty, it is best not to be too different.  This is the land of inferences and of the art of the indirect question. (Tirez les vers du nez - "pulling the worms from one's nose" - is the graphic French expression for this attitude.)  It is a place of cultural boundaries, where the smart person knows how to makes him- or herself incapable and dependent, without ever being a victim!  Thus even in poverty there is a sense of dignité personnelle, personal dignity, expressed in the subtlest of ways.  To be too direct, to ask too many questions, is to be arrogant and to show a sense of the gauche.  In France, the land of diplomacy, one learns never to interrogate but rather to intimate; the "art of the sublime" overpowers the "art of the direct".

Once the method is understood, and implemented, then frowns turn to smiles, impatience becomes genteel patience, and disgust turns to an elegant savior-faire.  Once having, at least somewhat, learned to internalize this cultural system, I found the French to be magnifique.  Upon understanding the wisdom of what the French call "the magic sentence": "excusez-moi de vous déranger mais j'ai un problem" (sorry to bother you but I need help), Parisian indifference tends to transform itself into caring.  Nevertheless, these words must be spoken respectfully, implying that the other is “smarter” than you.  By using an inferior positioning a visitor can obtain exactly what he or she desires.  As the French are wont to say: Voilà, "le soft power"!  To visit Paris then is more that seeing a foreign city, it is also a lesson in diplomacy.  Here one comes to realize that it is not the "what" of what you say, but rather the "how" of how you say it.

Despite the cultural differences, the poverty, crime and too much garbage on its streets, Paris is Paris.  The avenues are majestic, the monuments are beautiful, and as one would expect of France's capital, elegance and fine dining, with a special flare, seem to permeate the air.  For all its problems, this is a city of never-ending charms.  For the visitor - and despite the negative press and Trump's ignorant blathering - Paris is a city of charming people and streets that are no less safe than those of any large city.  Perhaps America’s third president, Thomas Jefferson said it best when he first visited Paris.  He stated: “A walk around Paris will provide lessons in history, beauty and the point of life”. Despite the city’s many challenges, Jefferson’s words still hold true.

Peter Tarlow is the president of Tourism & More Inc, located in College Station, Texas.  His email address is ptarlow@tourismandmore.com.