Northern India is known for its significant dip in the temperature during winter season. This is the time when the tourist spots look beautiful and are fun to travel around. Here is a comprehensive list of the best tourist sites in North India that make for an enchanting winter vacation: 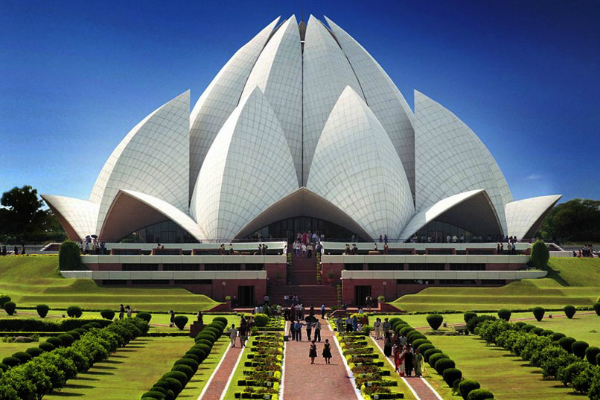 If it is about enjoying a winter holiday in North India, it has to be in New Delhi. After all, your trip to North India is incomplete without experiencing 'Dilli ki Sardi'. This city is a beautiful amalgam of ancient history and latest advancements. Roaming around the city during winter is awesome fun. Travel through the famous tourist destinations such as Qutub Minar, Purana Quila, Jantar Mantar, Jama Masjid, Red Fort, and Humayun’s Tomb will be an unforgettable experience for you.Right from shopping in Chandni Chowk to enjoying street foods in old Delhi, catching a glimpse of the parade in front of the Red Fort, your trip to New Delhi in winter will help you create unforgettable memories. Official abode to one of the seven wonders of the world, the Taj Mahal, a ‘symbol of love’, Agra is a medieval city reflecting the grandeur of Golden Era of the Mughal Empire. The Agra Fort, beautiful monuments and majestic palaces here are a must visit. The picturesque quaint town of Nainital is a perfect place to enjoy winter vacations in North India. Widely referred to as the Lake District in India, tourists simply love to get surrounded by snow-clad peaks here such as Trishul, Nanda Devi, and Nanda Kot. You may book a Nainital tour package at Tour Das will let you enjoy the beauty of Bhimtal Lake, Sat Tal, Khurpa Tal, Naukuchia Tal, and Kilbury. 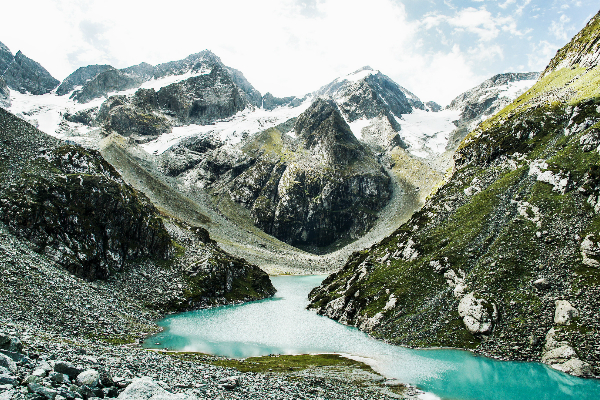 A paradise for leisure-scapers, you can visit the place during peak winter season and still enjoy your best. This is the time when the entire mountain range combined with rough terrain is ideally enveloped in snow. Revered as popular hill station of northern India, the snow draped mountains and rich flora and fauna attract tourists from across the globe. Don't forget to visit the Betaab Valley. It is a picturesque place promising the best of photography opportunities. Horse riding is fun here. Some of the popular adventure activities here include a trek to Sheshnag Lake, Aru Valley excursion, river rafting in River Lidder etc. Patnitop turns into a beautiful place during winter. Promising bewitching views of popular Pir Panjal range and a huge number of adventure activities, Patnitop is the place to visit for all tour lovers. Some of the most popular adventure activities such as trekking, paragliding, hiking, rock climbing, and camping. Don't forget to indulge in paragliding in Patnitop. It is a huge hit among tourists during winter. Kud and Batote are the two most beautiful villages near Patnitop bordered by dense wooded forests. 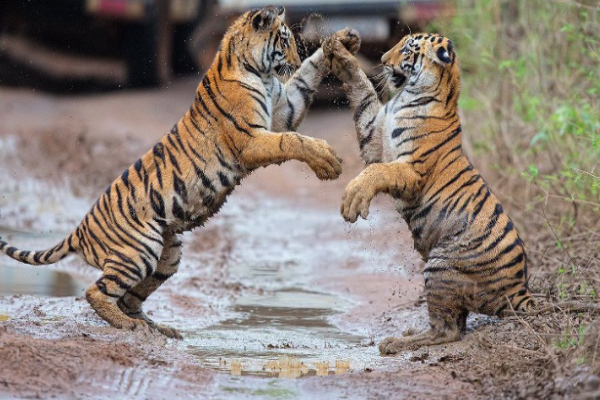 A must visit for all wildlife enthusiasts and nature lovers, the Ranthambore National Park is situated around 150 kilometers from capital city of Rajasthan, Jaipur. Immensely popular among national and international travellers, the Ranthambore National Park is the largest abode of tigers across the nation. It also accommodates many other animal and bird species. Some of the most popular of these include nilgai, leopard, wild boar, hyena, sambar, sloth bear, and chital. For bird lovers, there's a lot to witness including Woodpeckers, Greylag Goose, Common Kingfishers, Cuckoos, Bee Eaters, Parakeets, Owl, Nightjars, Asian Palm Swift, Pigeon, Crakes, Dove, Sandpipers, Eagles, Egrets, Great Crested Grebe, Herons, Pelicans, Ibis, Storks, Cuckoo-Shrikes, Flycatchers, Minivets, Wagtails, Bulbul, Munias, Mynas, Falcons, and many more.

Looking forward to indulge in some thrilling adventure activities? Head straight to the beautifully snow-laden Hemis National Park. Situated in the picturesque state of Jammu and Kashmir, this National Park is the largest national park of the country stretching approximately to around 4,000 square kilometers of land. Most tourists are attracted to the Snow Leopard of Rumbak catchment region. Official abode to endangered species of birds and animals, one can witness a variety of wildlife in the region such as Golden Eagle, Eurasian Brown Bear, Tibetan Wolf, Red Fox, Lammergeier Vulture, and Himalayan Griffon Vulture. The park also houses Bharal, Shapu, Argali, and Asiatic Ibex. High altitude of the park makes it a little difficult to enjoy access to Hemis National Park in winter. Hence, only travellers with prior experiences with high altitude can enjoy winter visit to this national park.