7 Unusual Things to Do Outside Vienna

Where would you go if you had an extra day during your Vienna vacation? Most travellers head for more city sightseeing to nearby cities after they visit Vienna. While right outside Wien, a few top class attractions hide from the mainstream. Here I'm sharing my personal favourites:

At 60 meters below the surface, Europe's largest underground lake spreads across a former gypsum mine. Besides this amazing phenomenon, the grotto was also used by the Nazis as a secret base to assemble aircraft during World War II. Before you tour the lake by boat you will see a few original aircraft remains and learn about the tumultuous history of the former mine. Besides, Seegrotte is based at just a 30-minute drive from Vienna in the lush hills of the southern Vienna Woods. Grutschgasse 2a; 2371 Hinterbruehl. 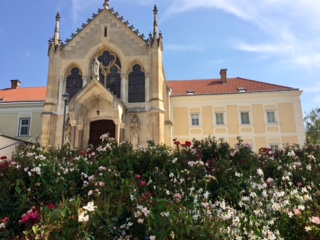 If Mayerling rings a bell, then most likely because of the eponymous opera. In the former imperial hunting lodge, Empress Sissi's and Emperor Francis Joseph's son Rudolf committed suicide with his lover Mary Vetsera some 130 years ago. Although not much of the original lodge has been preserved the exhibition is a real eye opener for die-hard fans of the Habsburg Emperors: Essentially, it rolls out Rudolf's upbringing, ambitions and tragic life amidst a harsh authoritarian father and a mother who was mostly absent. Like Seegrotte, Mayerling is located in the southern Vienna Woods, amidst rolling hills and quaint little villages. Karmel Mayerling, Mayerling 3, A-2534 Mayerling.

Discovering the Secret Life of  Monks at Heiligenkreuz Abbey

Not that long ago, Gregorian chants celebrated a stunning revival. Those that made it into the international music charts originated from none other than the Cistercian Abbey of Heiligenkreuz. Tucked away in the Vienna Woods close to Mayerling, the almost 900-year old abbey is the world's oldest monastery that has been continuously active. Some of the monks guide you through their abbey while sharing their lives and passions with you. As a crowning experience, visitors are invited to join the midday or evening chants and prayers - magical. Zisterzienserabtei Stift Heiligenkreuz, A-2532 Heiligenkreuz im Wienerwald. Was Beethoven really that fit for a 71-kilometre hike? Between the Vienna Woods towns Moedling and Baden, a hiking trail pulls together various routes that the great German composer used for musical inspiration. Meandering across light forests next to vineyards to lush hilltops until dropping down to flat paths along Baden's Schwechat river in Helenen valley hikers can choose from various shorter routes for a good day's hike. The vast majority of hiking trails does not require any special condition or gear. Don't miss a visit to Beethoven's summer residences at Moedling and Baden, where he also composed large parts of his Ninth Symphony. Moedling, from St. Othmar Church in the center; Helenental valley just outside Baden; or Gumpoldskirchen, just behind the Castle of the Teutonic Order (Deutschordensschloss). 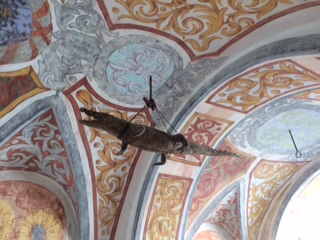 An authentic medieval castle any Hollywood theme park would die to imitate is Forchtenstein. Perched on a hilltop at the Rosalia mountain range close to lake Neusiedl, the princes of Esterhazy's home presents a world of princes, knights, false dragons, shiny treasuries and a bizarre cabinet of curiosities. While the perfectly renovated castle rooms amuse with a vast ancestors' gallery, partly in cartoon-style quality (!), you will also find the world's only full figure portrait of Vlad Tepes (aka Count Dracula) there... a family relative of the Esterhazy princes. My favourites were two fake dragons meant to inspire awe, and chase off the Ottomans in the 16th and 17th centuries: a Nile crocodile hovering above our heads in the entrance's archway, and a taxidermied marten pimped up as a dragon. Burg Forchtenstein, Melinda Esterhazy-Platz 1, A-7212 Forchtenstein. Each year, some of the best international soloists, ensembles and orchestras gather for the Summer Festival at Grafenegg Castle an hour west of Vienna. Against the backdrop of the romantic 19th-century castle you can listen to top classics in a modern open air auditorium, stroll through the lush castle gardens and dine at local gourmet restaurant Toni Moerwald. The castle itself boasts 700 years of history and is related to the family of Prince Metternich, who famously helped restructure Europe during the Congress of Vienna. Definitely, Grafenegg itself with its precious state rooms and chapel makes for a great day trip. A-3485 Grafenegg 10. 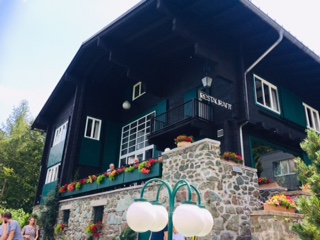 When hot temperatures discomforted the Viennese bourgeoisie in the 19th and early 20th centuries, their carriages headed south towards Semmering and the Rax Alps. With their moderate climate, pure air and crystal clear rivers, the rolling foothills of the Alps had already lured Empress Sissi and Emperor Francis Joseph to spend regular time at their summer residence in Reichenau. Later on, well off Viennese merchants, aristocrats and intellectuals themselves established their own stunning mansions and villas, such as Villa Rothschild, Villa Wartholz or Villa Hubertus. Even Modernist architect Adolf Loos built a local-style farm house with a few interesting quirks in the mountains of nearby Payerbach - now turned into a charming guesthouse and restaurant. Don't miss a ride with the funicular to Rax's mountain top, which offers several amazing hiking trails. A-2651 Reichenau an der Rax.

For more information on things to do outside Vienna and Vienna attractions check out my site Vienna Unwrapped.