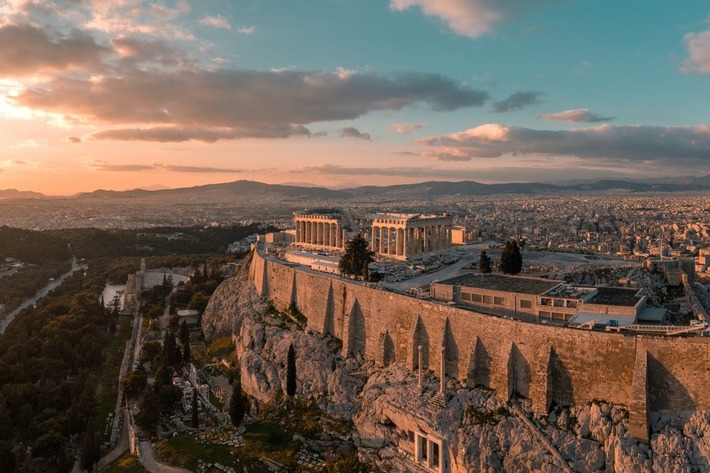 I remember when I had to visit Athens last year. I had to properly research, including reading bloggers who had visited, It helped me quite a lot in making the most of my time there, and I made a good list of places to cover in a week. Now I in turn am writing this post to share that list with those of you who are planning to visit Athens, covering almost all the major tourist spots of Athens and allowing you to explore the amazing culture and history of the city.

Whenever I hear the word “Athens,” it takes me back to antiquity, when Athens was the soul of ancient Greece. Still peppered with landmarks from that era, this city is a treat for all history lovers, yet still has a unique and modern vibe to it. So here are my top seven musts. And by the way, keep a travel router with you to constantly stay connected with the Internet!

This ancient complex contains several ancient buildings including Parthenon, Odeon of Herodes Atticus Theatre, Temple of Athena, Acropolis Museum. I’d highly recommend you to visit Acropolis in the morning or late in the afternoon. These are the best times when the crowd is low and you actually get time to absorb the feel of the place and explore it more. Keep in mind that this is a must stop for all the cruise ship tours, and they arrive late in the morning.


The Odeon of Herodes Atticus


At the foot of the Acropolis, this 4,000-square-meter (43,000 sq ft) open-air theater built in 435 BCE has been adapted for modern-day use as well, and has played host to the annual Athens Festival from May to October, as well as other festivals and high-profile Greek and international performers.

Rising 300 meters (908 feet) and visible from all across Athens, Mount Lycabettus was a spectacular experience for me. You can see the entire city from there, and catching a sunset or sunrise is something you should definitely try to do. Reachable via funicular, Lycabettus is also home to an open-air amphitheater as well as restaurants and cafes.

I've always wanted to watch a movie outdoors and when I was in Athens, I had just the opportunity. I thoroughly enjoyed the experience. A summertime tradition since the 1960s, this was extremely refreshing and is highly recommendable. For me, Thissio and Plack were the best open-air cinemas as they offered a view of the Acropolis.

One of the majestic buildings of the new Kingdom of Greece was built in the 1840s, and among other things in its momentous history was used during World War II first as the Greek army headquarters, then by the occupying Nazis. Today this five-star grande dame is still one Athens' most historic hotel as well as one of its most luxurious, and if you can't afford to stay here, at least come grab a drink or have dinner at one of its two its rooftop restaurants, with breathtaking views out over the city.

Surrounded by limestone caves about a half hour from the center of Athens, this spot is absolutely magical, and for me was also a meditative experience. The small lake is supplied with sea water through underground tunnels, which keeps the water warm all year, while salinity is reduced by an underground spring and the high concentration of hydrogen sulphide makes it popular as a spa experience. Take a relaxing swim along with the red garra fish (aka doctorfish) and a unique endemic species of sea anemone, Paranemonia vouliagmeniensis. There are also facilities like restaurants, lockers, changing rooms, showers, and sunbeds – all accessible to the disabled as well.