Top 6 Things to do in Goa, India 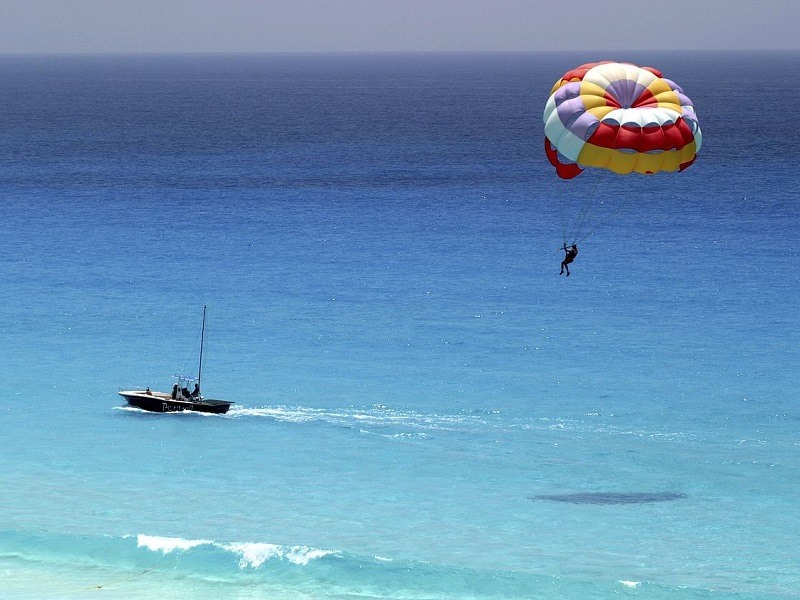 India's Goa state, on the country's western coast, is a place with unlimited chances to have fun and entertainment. This place enthralls and allures large number of tourists from all over the world to enjoy the fascinating beaches, adventurous sports activities, vivacious night-life, and authentic sea food. Visitors from all over the world find a Goa visit.great for indulging in many exciting activities, and here are the top half dozen:

Goa is known for its stunning beaches, which are undoubtedly the area's most popular places, attracting millions of domestic and foreign visitors throughout the year. Calangute Beach, Baga Beach, Anjuna Beach, Vagator Beach, Colva Beach, Agonda Beach, and Palolem Beach are the top choices.

Goa is known for its vibrant nightlife throughout the globe. After the sun sets, Goa comes alive with thriving nightclubs, charming beach shacks, alluring night markets, and fun party cruises. There's everything that you can think of, and its party clubs are the hottest destinations for a night out.

Old Goa is well-known for its splendid churches, designed in stunning colonial Portuguese style and declared a collective UNESCO World Heritage Site. Top examples include the Basilica of Bom Jesus, the Se Cathedral, the Church of St. Cajetan, St. Francis of Assisi Church, St. Augustine Church ruins, and the Church of Our Lady of Immaculate Conception.

The Ruins of Goa Forts

There are many forts here that are a testimony to the glorious past. Built by both the Mughals and the later Portuguese colonial rulers, they're rich in historical heritage and tell vivid stories about the past. Chapora Fort, Aguada Fort, Reis Magos Fort, Terekhol Fort, and Cabo de Rama Fort are the prominent forts in Goa, and popular with visitors.

Goa is also a prime spots to taste awesome seafood. Its cuisine is influenced by its Hindu origins as well as the Portuguese colonisation. Rice, seafood, coconut, vegetables, meat, pork and local spices are some of the main ingredients in Goan cuisine.

Situated in the Sanguem Taluk district of eastern Goa, this four-tier waterfall on the Mandovi River has with a height of 1,017 feet and an average width of 100 feet. Perched on the lofty peaks of the Western Ghats, the Dudhsagar waterfalls offer unparalleled beauty with full flow after the monsoon showers (early June through early October).