3 Fascinating Places to Visit in Dublin that Aren’t Pubs 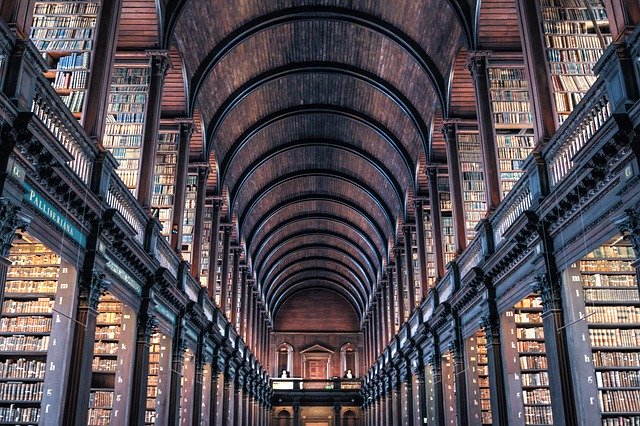 Ah, the famous Irish pub. This country's capital is reckoned to have 751 of them, and its convivial pub life is for many visitors a big part of the city's allure. But there are also a number of remarkable sights highlighting the richness of Dublin's history. Here are three of my favorites:

Founded in 1592 by Queen Elizabeth I, the College of the Holy and Undivided Trinity of Queen Elizabeth near Dublin is not only Ireland's oldest college but also one of the oldest in Europe, and counts among its alumni a number of renowned writers such as Oscar Wilde and Jonathon Swift. To this day, the college’s beautiful, 47-acre campus is explored by visitors from all over the world. Its Gothic-and neoclassical-style halls are architectural masterpieces, and its Old Library (top) is a particular must-visit. Among its five-million collection are many priceless manuscripts and tomes, the most famous of which is the Book of Kells, an illustrated version of the gospels created by Celtic monks around 800 CE.

Speaking of books, this museum established in 1950 to house the collection of the eponymous U.S.-born copper magnate was relocated to modern quarters on the grounds of Dublin Castle in 2000 and showcases rare manuscripts, drawings, and artifacts from Europe, Asia, Africa, and the Middle East dating as far back as 2700 BCE; there are also temporary exhibitions. Notable items include ancient Babylonian clay tablets; 260 manuscripts of the Quran; ancient Chinese snuff bottles; and Biblical papyri that are among the world's oldest Christian artifacts.

One of Ireland's most beautiful public parks offers visitors a wonderful opportunity to spend time away from the urban bustle, yet right in city center. This 22-acre, roughly rectangular spread started out in 1664 as a common, and over the years became a playground for Dublin's upper class. In 1880 it was redesigned and opened to the general public, and these days its elements include an expansive lawn; a large lake with water fowl; a central formal garden; the and various statues and monuments such as the Fusilliers' Arch. One particularly interesting feature here is a garden for the blind with scented plants which can withstand handling and are labelled in Braille.

Finally, a note about navigating Dublin. It's considered to be one of Europe's most walkable cities. However, this certainly does not mean that you have to explore it entirely foot. You can use public transport, or you can rent a car and drive yourself around. I recommend the latter because of the convenience of traveling at your own pace; avoiding the long waiting times when it comes to public transport; and a good supply of parking garages.