Any surfer knows that finding a good surf location isn’t the easiest of tasks. Thankfully, the U.S. offers a large selection of awesome surf spots. So large, in fact, that it can be difficult for a surfer to choose the right one! Fortunately for you, BookSurfCamps.com, has put together a list featuring the 15 best surfing spots in the U.S. to help beginner and advanced surfers alike find their perfect surf spot!

With a city population of 60,000 inhabitants, Santa Cruz is the largest city of the Santa Cruz County in California. The city is nicknamed Surf City thanks its perfect surf spots and popularity among surfers. Unfortunately, the city lost the legal battle for the name Surf City, USA with Huntington Beach, California, but that doesn’t stop surf lovers to use it!

Some of the premium surf spots in Santa Cruz, California include Steamer Lane, Wadell Creek, and Pleasure Point. But don’t worry if none of these spots are to your liking, because the county’s 40-mile beach stretch is home to more than 75 great surf spots! Also, did you know that famed inventor of the wetsuit, Jack O’Neill hailed from Santa Cruz? 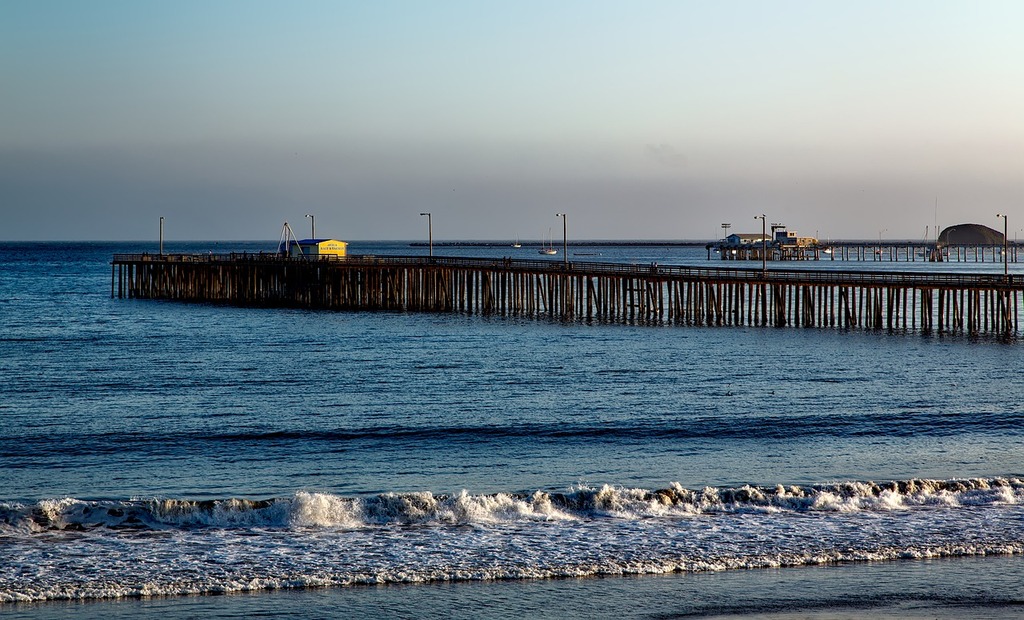 Encinitas is a beach city in Southern California, famous for its stunning waves, gorgeous beaches, laid back attitude, and surf culture. It’s the place where everything and everyone caters to surfers and some even call it surfer heaven.

Some of the best surf spots in Encinitas are Seaside, Cardiff Reef, and Swamis. One of the most popular attractions in Encinitas is The Magic Carpet Ride statue. Nicknamed the Cardiff Kook, the statue is a 16-foot bronze statue of a surfer attempting a floater. What’s special about the statue is that since its inauguration, it has been regularly dressed up, and altered – it’s been Santa Claus, a bride and it’s even been attacked by a pterosaur!

Malibu is a beach city in Los Angeles County, California. The reason why Malibu is so popular among surfers is because it consists of a 21-mile strip of Pacific coastline. You can’t really beat that!

Also, it’s no surprise that Malibu, California is one of the best surf cities in the United States, as it is considered to be the modern birthplace of surfing. It’s got pretty much anything a surfer can want! From awesome waves, to great surf shops, and an amazing surf culture, Malibu Beach’s First Spot is the ultimate Californian surf spot. 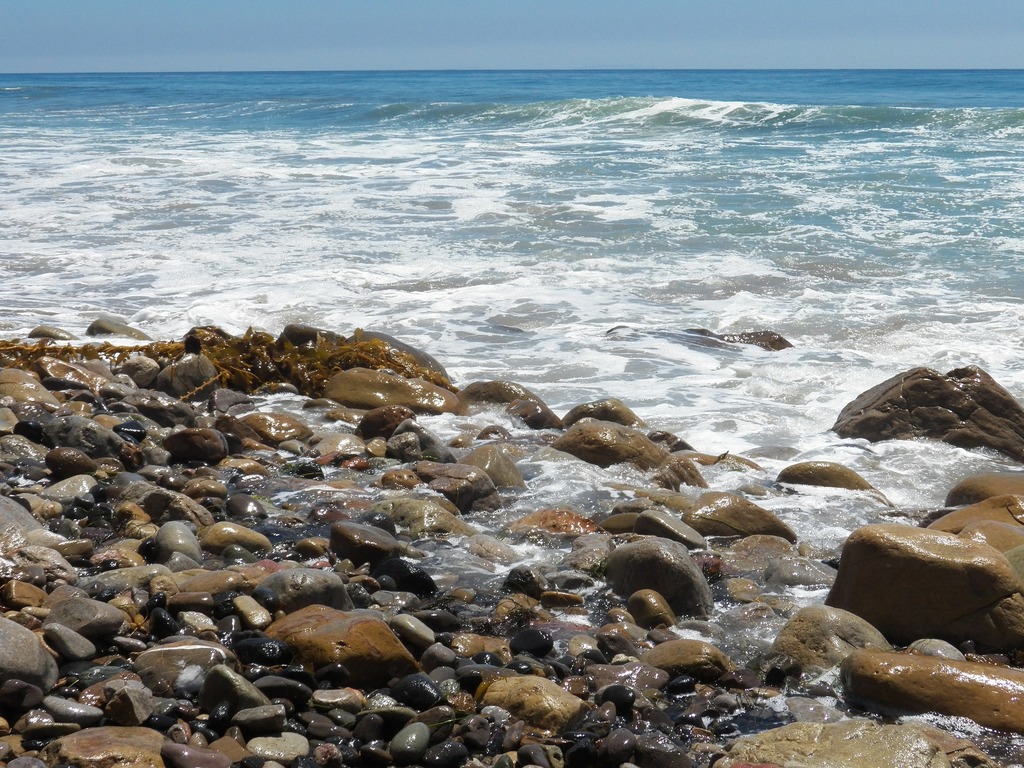 San Clemente is a city in Orange County, located on the California Coast, between San Diego and Los Angeles. The city’s slogan is Spanish village by the sea, which is supported by the city’s architecture and overall appearance.

San Clemente has some of the best waves in the entire Californian state. Considering the city’s stunning architecture and old school Mediterranean vibe, it’s safe to say that a surf trip to San Clemente is going to be a success. Some of the best surf spots here are T-Street, San Clemente Pier, and Lower Trestle, so make sure you consider San Clemente when you’re on the lookout for a good surf city.

Banzai Pipeline is a surf reef break located in Oahu, Hawaii. The main reason why Banzai Pipeline is adored by surfers is the massive waves that break in the shallow water above the reef, making it the perfect place for big wave surfing.

One of the reef break’s most popular and best surf spots is the Ehukai Beach Park, where surfers from all over the world gather to surf some of the largest waves in the U.S. If you don’t dare to surf the big ones, the Banzai Pipeline is also great for those who just want to watch surf events and immerse themselves in the surf culture. 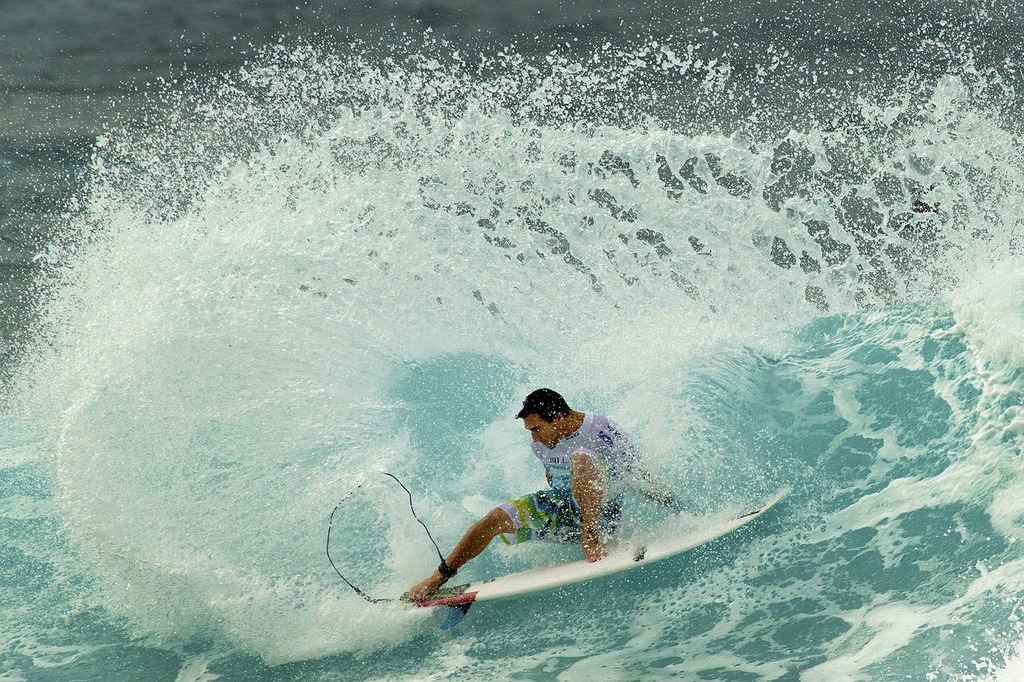 Does winter leave you feeling blue? Do you feel sad you have to hang up your surf board when November comes? Well, Sunset Beach is a small city park in Oahu, Hawaii that is famous for the big wave surfing that happens throughout the winter season.

The only catch is that if you want to tackle the winter waves of Sunset Beach, you have to be an experienced surfer. And in the summer, the place becomes basically nonfunctional for surfers, as the water is said to be as flat as a lake. According to the Encyclopedia of Surfing, Sunset Beach is “regarded by many as the center of the surfing universe from the 1950s to the '80s. […] Sunset Beach is the standard by which other waves are measured, and the best surfers here are the best surfers, period." 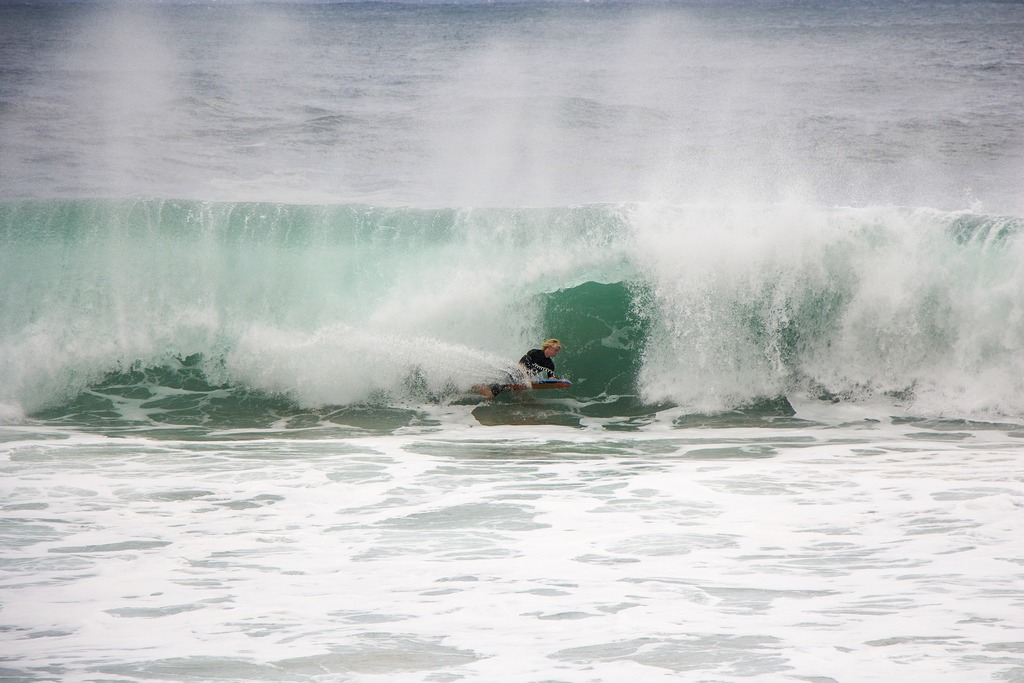 Paia, Hawaii is a tiny city located on the northern coast of the island of Maui. With around 3,000 inhabitants, Paia is a quiet surf spot that allows you to create a connection with the ocean and enjoy your surf time there.

Paia is a microcosm, filled with laid back individuals, cool surfers, neo-hippies and love. It’s the type of place that seems to be plucked out of a movie! A great surf spot in Paia, we highly recommend is Ho’okipa Beach Park; a perfect place for windsurfing, along with great other attractions, among which is a sea turtles retreat!

Haleʻiwa is a community in the Waialua District of the island of Oahu, Hawaii. We all know what Hawaii means to American and world surfing, which is why we’ve featured not one, but four Hawaii surf spots on our list.

What’s simply amazing about Hale’iwa is the fact that this is a community where surf culture dominates. As a surfer, you will feel right at home! Five of the many surf spots on Hale’iwa’s seven-mile shore include Log Cabins, Pipeline, Backdoor, Sunset, and Rocky Point.

Cocoa Beach is not a beach, as the name would suggest, but a small city in Brevard County, Florida. With a population of around 11,000, Cocoa Beach is an animated and welcoming surf city that will make any surfer feel right at home.

Cocoa Beach is home to the biggest surf shop in the world and it’s also the closest beach to Orlando, which means that when the surf falls flat, you’ll be able to visit the lovely city of Orlando. But trust us, the surf will not fall flat! A great, albeit busy, surf spot in Cocoa Beach is the Cocoa Beach Pier. Keep a lookout for Kelly Slater and his friends, though, as Cocoa Beach is the surf legend’s home.

With a population of around 23,000 inhabitants, New Smyrna Beach is a city in Volusia County, Florida. In 2012, National Geographic ranked New Smyrna Beach as one of the top 20 surf towns in the world.

The best surf spot in New Smyrna is undoubtedly Ponce Inlet, where the city’s first professional surfing event in more than a decade takes place. The only downfall, let’s call it, is that the city has gained the distinction of being the world’s shark bite capital. Don’t worry about it, you can surf and stay safe in New Smyrna Beach. Ocean City is a city in Cape May County, New Jersey. One of its most famous landmarks is the city’s boardwalk, which is 2.5-miles long and the city’s motto is a traditional America's Greatest Family Resort. But don’t let that fool you, the city is also a gorgeous surf spot!

One of the main reasons why Ocean City is so beloved by surfers is the fact that its waves are very reliable. They’re almost always safe and steady. According to the city’s website, there are three options for guarded surfing: 7th street, 16th street, and Waverly Beach. What are you waiting for?

Montauk is a hamlet that is part of the city of East Hampton in Suffolk County, New York. It is a place where people all over the U.S. converge during the summer, due to Montauk’s picturesque scenery, great waves, and superb fishing.

Some great surfing locations in Montauk include Ditch Plains and Turtles, so if you’re ever in the area, be sure to pay Montauk a visit. Who knows, maybe you’ll even come eye to eye with the famed Montauk monster. If not, you’ll surely meet some of the cast of Showtime’s popular series The Affair, as it is almost completely filmed in Montauk. Also, there is a newly opened Montauk Surf Museum that will surely be of interest.

Kill Devil Hills is a tiny city in Dare County, North Carolina. With a population of around 7,000, the city is one of the best surf cities in the entire North Carolina state.

Don’t let the creepy name fool you, tough! Kill Devil Hills is a lovely surf city that is small enough to offer some much-needed space on the beach and in the water. Some of the best surf spots here include Avalon Pier and S-Turns. Cape Hatteras isn’t really a city, but a cape on the coast of North Carolina. Also, it is the nearest landmass to Bermuda, which can provide a good dose of the creepy factor for many, if needed.

Cape Hatteras is also known for having some of the best waves in the entire United States, so if kitesurfing is your thing, this is the place for you! Also, the waves here are perfect for those who enjoy big wave surfing. There’s no denial Cape Hatteras is a place for adventure loving folks!

Who would have thought a surf mecca existed in the small east coast city of Newport, Rhode Island? But it’s true, Ruggles is one of the best big wave surf spots in the entire U.S.

Surfers agree that one should only attempt surfing in Ruggles only if you’ve previously had experience surfing big waves. It’s truly a place quite like no other and we highly suggest you visit it, even if just for your viewing experience. Surf legends Ian Walsh, Garrett McNamara, and Benji Weatherly put on quite a spectacle in Ruggles, surfing the big waves produced by Hurricane Bill in 2009.