We give you the best tour ever one day tour in Kampala the capital of Uganda , Kampala is the centrel of almost all activities in Uganda ,

The guide of this tour will pick you up from your lodge/hotel early morning after your breakfast , he will drive through Kampala city its a busy town as you know how Capital city are 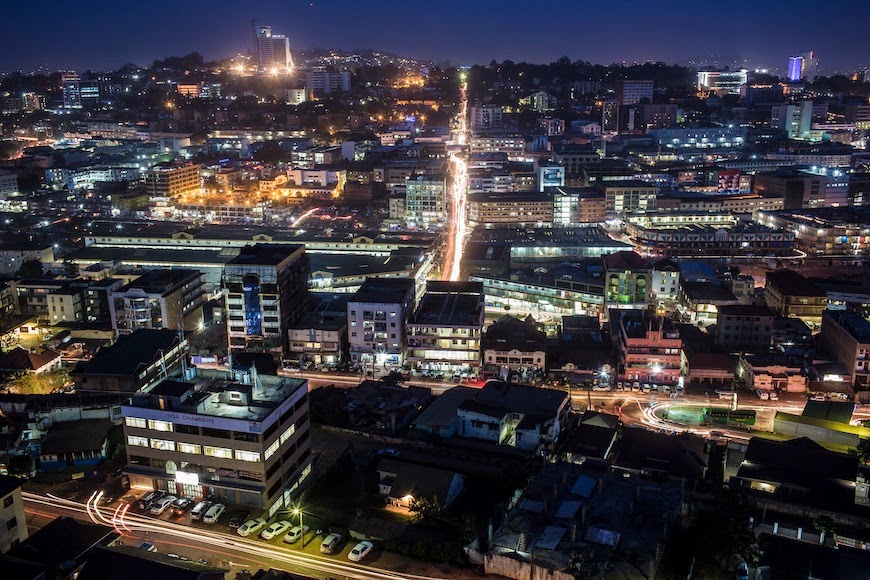 Kampala City as two division the upper and the lower The Central Business area: Kampala city central business area has the upper side comprised of the upper class shopping malls, less congested, cleaner, organized. Here are corporate Banks, insurance companies, Major Forex bureaus, Casinos, star Hotels and all important Government organs like the parliament and ministries. To the centrally is the lower Kampala business area where the average income earners majorly shop.its too busy and congested with cheaper guest houses, Forex bureaus, restaurants and open eating places, dusty roads, and here you will find the famous Owino Market – the largest 2nd hand clothing market in Africa, the Taxi Park-an amazing site in itself and the hub of Kampala Transport with hundreds of mini-vans jostling in and out plus the Nakasero Food and Vegetable Market 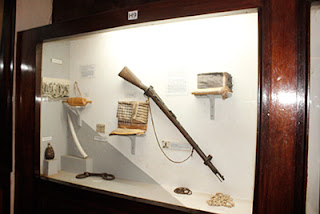 The Uganda Museum is situated five kilometers away from the Kampala city centre on plot 5 Kira road. When coming from Kampala, pass through Wandegeya trading centre and by Mulago hospital. Just before Kamwokya Town is a large sign post reading Uganda Museum.

The Uganda Museum is the oldest in East Africa with a collection exceeding one million specimens. The core of the collections is ethnography and fossils. 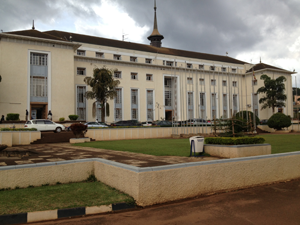 The Kabaka`s of Buganda have a ceremonial palace in which a new modern house- `Tweekobe’ was built. Here kabaka Muteesa II was attacked by Idi Amin`s soldiers forcing him into exile in

Great Britain from where he later died of poison. Situated on a hill overlooking Kampala, this palace is enclosed in a ring fence covering close to a thousand acres. Still present are the torture chambers inside which Idi Amin used to torture (using electric shock as well) any one perceived a political threat. The presence of human bones makes these chambers a living memory to those who lost loved ones during this era in suspicion that probably these are their remain. Still at the gate of this palace is a traditional fire source that has never burnt out since the inception of the Buganda monarchy/Kingdom and shall never stop burning least a king is dead. Here is a representation of all Baganda Clans and their respective role in this Kingdom since time immemorial as narrated by a royalist at this fire source. A mail away but directly positioned gate to gate is the Bulange- a parliament in which the Kabaka and his ministers have since old days sat to deliberate upon issues concerning Buganda Kingdom. The architectural design of this building has proven a spectacular Uganda tour site to many local and international visitors.

The Kabaka`s Lake: The is the largest man made lake in Africa made by Kabaka Mwanga and was suppose to connect to Lake Victoria as an escape route for the Kabaka in case of any attack to the throne but was not finished and only remained as a royal lake near the palace which is home to some birds and least a fishing sport as well as a leisure to many.

Kasubi Tombs: This UN heritage site was unfortunately burnt down in 2010 and is still in the process of restoration. 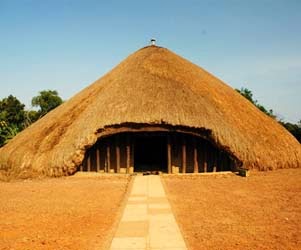 It was the largest grass thatched structure in the world and the burial place to several befallen Kabakas/ Kings of the Buganda Kingdom. Once finished to its former glory, we will put it back on our schedule of places to visit in Kampala.

It is one of the most prestigious multinational Universities in Africa with a rich history and professors who have taught here such as Prof. Mazurui, Author Paul Theroux and Nugugu Wa Thiongo. Her old colonial structures fused with new contemporary ones make it a great Uganda tour destination worthy visiting .

If you tour Uganda then you should visit this doom that was originally built in 1903 by Baganda Kingdom Craftsmen as a large Grass thatched cathedral that was soon burnt down/ struck down by lightning but was replaces by the present doom structure. This Church is part of the Church of Uganda but Anglican and as well known in Uganda most Anglican Churches are very evangelical unlike in the West. This beautiful structure sited on a hill where you can over see Kampala central offers a fascinating view for both local and foreign visitors

The oldest Catholic Cathedral in Uganda, like Namirembe Cathedral overlooks the city and is a large complex that takes in various functions of the church and surrounded by beautiful trees plus flowers. It is also situated on a hill with a great scenery view on top of the amazing cathedral structure from here one has a great view over Kampala town-Uganda`s capital.


The Baha’i Temple: This being the only Baha’i Temple in Africa makes Uganda a prime tour and safari destination to many tourists. 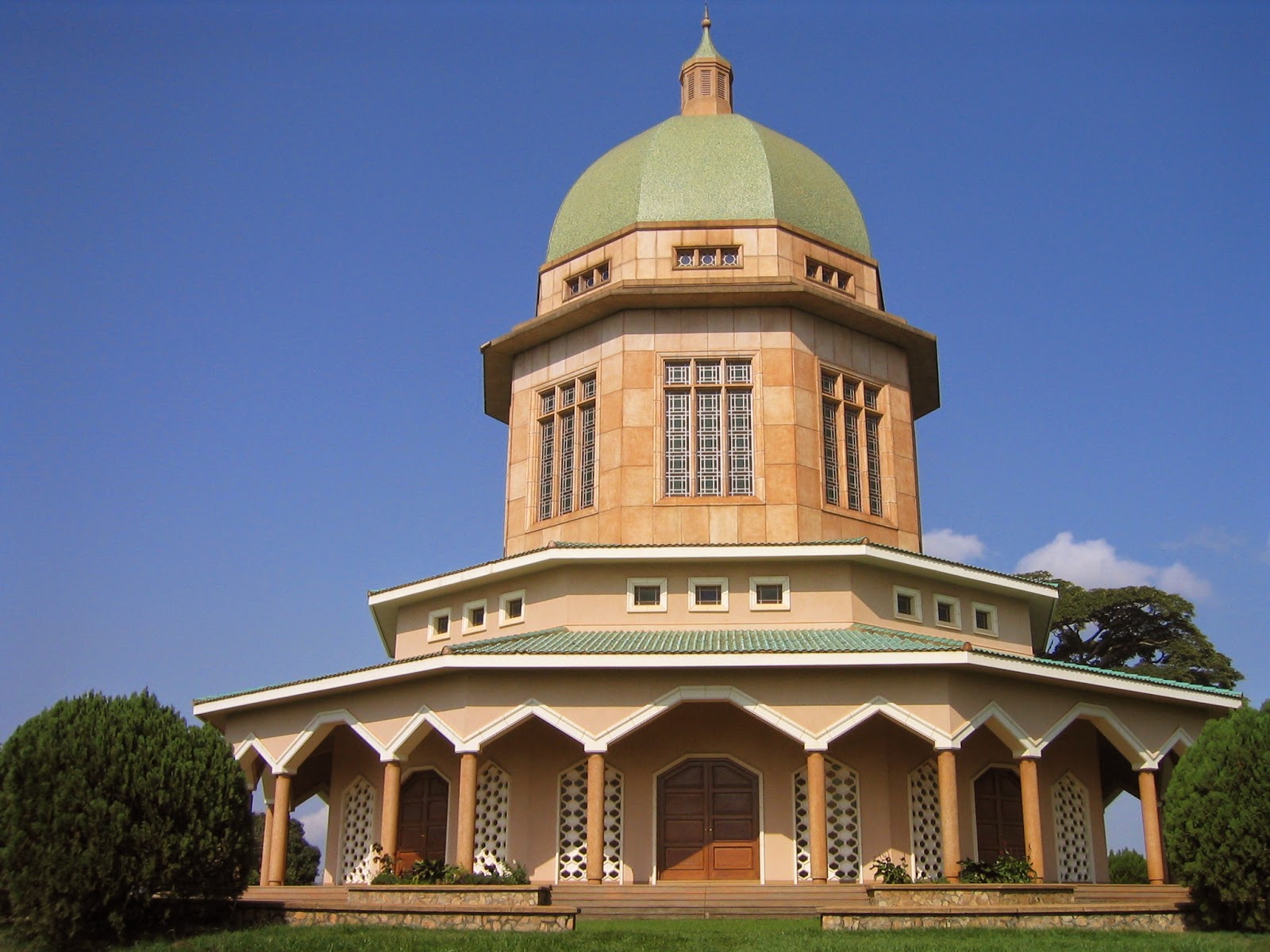 It is located on Kikaaya-a hill also overseeing Kampala. It is a beautiful park like ground with lots of beautiful trees most of them fruit tree species plus flowers as well as a green-carpet like grass with clean clear gazetted paths leading to the dome. This park like environment attracts many people who sit on the grass and have a peaceful moment or hold picnics not forgetting couples in love who flock this place for quality time.

This is a memorial place from where 22 Catholic young men/martyrs were officially burnt to ashes after rebelling against Kabaka Mwanga when he ordered then to stop worshiping the missionary`s preached God of heaven but in vain. Every 3rd June the Catholic Church and their counterpart of Anglican persuasion flock this place from all over Africa most of them by foot to commemorate this day in honor of their Religious heroes. present is a wheel believed to have formed by divine/ miraculous power from which believers take lots of holy water for divine healing.There unique architecture of the temple of worship in this place is yet a great tour destination. This is a must see place!!!.

You will have lunch en route as the tour goes on upon your request – included in price along with 2 sodas or one Beer.