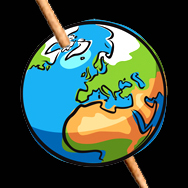 Are you connected to the tourism/travel/hospitality industries or travel media in any way? If so, please specify how (kindly include any relevant company names/Web sites!).
I am an expert in tourism security, am president of Tourism & More and write Tourism Tidbits/

What destinations are you most interested in learning about?
Latin America

Dr. Peter E. Tarlow is a world-renowned speaker and expert specializing in such areas as: the impact of crime and terrorism on the tourism industry, event and tourism risk management, and economic development.

Tarlow earned his Ph.D. in sociology from Texas A&M University.  He also holds degrees in history, in Spanish and Hebrew literatures, and in psychotherapy.  Since 1990, Tarlow has been teaching courses on tourism, crime & terrorism to police forces and security and tourism professionals throughout the world.

In 1996, Tarlow became Hoover Dam's consultant for tourism development and security.  In 1998, Tarlow's role at the Bureau of Reclamation expanded.  He was asked to develop a tourism security program for all Bureau of Reclamation properties and visitor centers.  In 1999, the US Customs service asked Tarlow to work with its agents in the area of customer service, cultural awareness, and custom's impact on the tourism and visitor industry.

In 2000 Tarlow, due to interagency cooperation on the part of the Bureau of Reclamation, helped to prepare security and FBI agents for the Salt Lake City 2002 Winter Olympic Games. He has also lectured for the 2010 Vancouver Olympic Games.  Tarlow is currently working with the Secretaria de Segurança (Secretariat of Security) for the state of Rio de Janeiro on the 2014 World Cup Games and 2016 Olympic Games.

Tarlow's fluency in many languages enables him to speak throughout the world (United States, the Caribbean, Latin America, Europe, and Africa, and the Eastern Pacific).  Tarlow lectures on current and future trends in the tourism industry, rural tourism economic development, the gaming industry, issues of crime and terrorism, the role of police departments in urban economic development, and international trade.  Tarlow has also done extensive research on the impact of school calendars on the tourism industries, on tourism crime, and on terrorism.  Tarlow is also well known in the area of rural tourism having lectured on this subject in numerous states throughout the United States. Tarlow publishes extensively in these areas and writes numerous professional reports for US governmental agencies and for businesses throughout the world.  He also functions as an expert witness for the US courts in matters concerning tourism security and safety.

Tarlow lectures on the importance of beautification and economic security during difficult economic times.  In that capacity, he lectures to both urban and rural tourism areas across the United States.  Tarlow has also worked with other US government and international agencies such as the US Park Service at the Statue of Liberty, The Smithsonian's Institution's Office of Protection Services, Philadelphia's Independence Hall and Liberty Bell and New York's Empire State Building. He has also worked with the Federal Bureau of Investigation, The Royal Canadian Mounted Police, and the United Nation's WTO (World Tourism Organization), the Center for Disease Control (Atlanta, Triangle Series), and numerous police forces throughout the United States, the Caribbean and Latin America.  Tarlow also works with communities throughout the United States on tourism as an economic development tool and on green tourism.

Tarlow speaks throughout North and Latin America, the Middle East and Europe.  Some of the topics about which he speaks are: the sociology of terrorism, its impact on tourism security and risk management, the US government's role in post terrorism recovery, and how communities and businesses must face a major paradigm shift in the way they do business.  Tarlow has trained numerous police departments throughout the world in TOPS (Tourism Oriented Policing Skills) and offers certification in this area.  Tarlow provides keynote speeches around the world on topics as diverse as dealing with economies in crisis to how beautification can become a major tool for economic recovery.

Tarlow is a well-known author in the field of tourism security.  He is a contributing author to multiple books on tourism security, and has published numerous academic and applied research articles regarding issues of security including articles published in The Futurist, the Journal of Travel Research and Security Management.  In 1999 Tarlow co-edited "War, Terrorism, and Tourism." a special edition of the Journal of Travel Research.  In 2002 Tarlow published Event Risk Management and Safety (John Wiley & Sons).  Tarlow also writes and speaks for major organizations such as the Organization of US State Dams, and The International Association of Event Managers.

Tarlow’s wide range of professional and scholarly articles includes articles on subjects such as: "dark tourism", theories of terrorism, and economic development through tourism.  Tarlow also writes and publishes the popular on-line tourism newsletter Tourism Tidbits read by thousands of tourism and travel professionals around the world in its English, Spanish, Portuguese, and Turkish language editions.  Tarlow has been a regular contributor to the joint electronic tourism newsletter, ETRA, published jointly by Texas A&M University and the Canadian Tourism Commission.  His articles often appear in a wide range of both trade and academic publications including Brilliant Results and Destination World.

Tarlow lectures at major universities around the world.  Tarlow is a member of the Distance Learning Faculty of "The George Washington University" in Washington, DC.  He is also an adjunct faculty member of Colorado State University and the Justice Institute of British Columbia (Vancouver, Canada) and a member of the graduate faculty of Guelph University in Ontario, Canada.  Tarlow is an honorary professor at the Universidad de Especialidades Turisticas (Quito, Ecuador), of the Universidad de la Policia Federal (Buenos Aires, Argentina), la Universidad de Huánuco, Peru, and on the EDIT faculty at the University of Hawaii in Manoa, (O'ahu).  At numerous other universities around the world Tarlow lectures on security issues, life safety issues, and event risk management. These universities include institutions in the United States, Latin America, Europe, the Pacific Islands, and the Middle East.

Tarlow has appeared on national televised programs such as Dateline: NBC and on CNBC and is a regular guest on radio stations around the US. Tarlow organizes conferences around the world dealing with visitor safety and security issues and with the economic importance of tourism and tourism marketing. He also works with numerous cities, states, and foreign governments to improve their tourism products and to train their tourism security professionals.