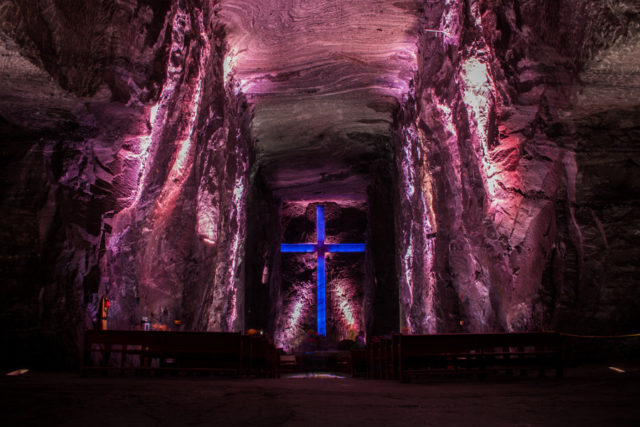 Religious art and architecture at their best aim at the transcendental. But there are a few structures out there in the world that can quite compare to Colombia's Catedral de Sal, in the city of Zipaquirá, situated on a plain less than an hour from capital Bogotá.

Part of the Greater Bogotá Metropolitan Area, this charming city of nearly 125,000 dates back to 1600 and still preserves a picturesque colonial core that alone would be worth the drive from Bogotá.

But its main attraction - and one considered the number-one wonder of Colombia is...