Why a European River Cruise Might Be Your Dream Trip 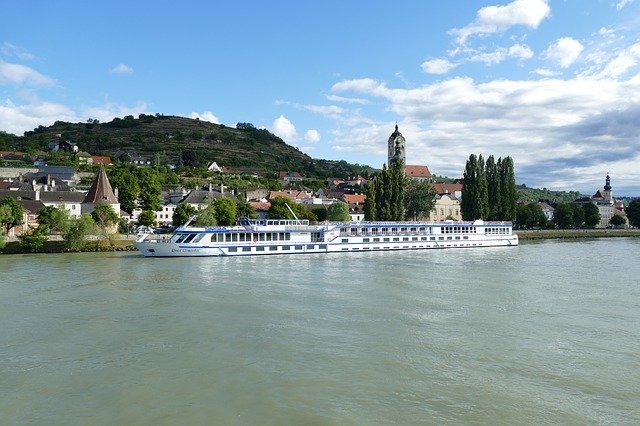 A European river cruise is a dream come true for those of us who want to explore Europe at a relatively slow but steady pace with a plethora of chances to see historic landmarks and experience different popular locations.

Some of the rivers, areas, and themes you can explore by way of a river cruise include:

Seine: River cruises on the Seine usually leave from Paris and are roundtrip. They generally bring passengers to the landing beaches in Normandy and last for about a week.

Bordeaux, Garonne and Dordogne: River cruises on these French rivers are usually between four days and 12 days in length. They generally leave from Bordeaux and are roundtrip.

Rhine: A river cruise on the Rhine generally travels between Basel in Switzerland and Amsterdam.

Christmas Markets: You can go on an exploration of the Christmas Markets by way of river cruise. Such cruises are usually available between late November and late December.

Douro: A Douro river cruise usually leaves from Paris and is roundtrip. There are generally excursions to Salamanca, Spain available.

Lower Danube: A river cruise on the lower Danube usually lasts a week and travels between Romania and Hungary.

Danube: A Danube river cruise usually travels between Romania and Hungary or Austria. These cruises are generally about a week in length.

Below is a selection of the variety of European river cruises from which you'll get to choose:

Avalon Waterways: Avalon Waterways offers complimentary 24/7 tea, coffee, and non-alcoholic beverages. You will find that there is a main dining room in addition to the Panorama Bistro. The Panorama Bistro offers the chance to book reservations for relatively small groups (up to 30 people). This bistro has a light menu as well as wine. Avalon Waterways also offers a Sky Deck where you can enjoy a grilled lunch when the weather is favorable.

Emerald Waterways: Emerald Waterways offers free shore excursions at all ports. Lunch and dinner include complimentary soda, wine and beer, as well. If you choose to book a stateroom, you will be provided by bottled water daily. If you go for an Owner's Suite instead, you will have access to a complimentary stocked mini-bar. If you want laundry concierge service, you can secure it for a fee.