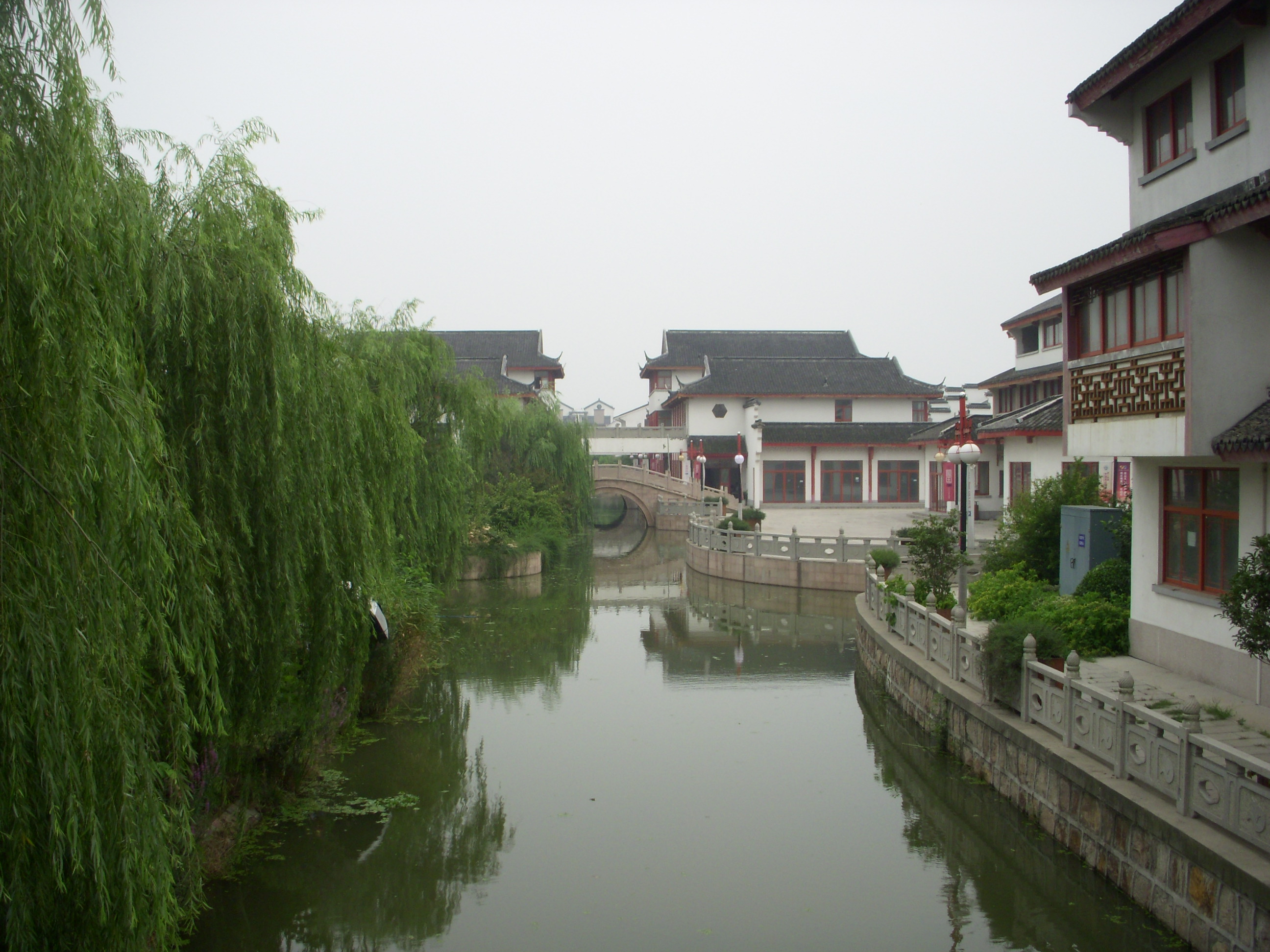 Zhoujiajiao
On a trip to Shanghai in the summer of 2009 we discovered Zhoujiajiao by chance. Our original choice was Suzhou, a water town famous for its silk and embroidery but it would have meant cutting short on other attractions and we had just 36 hours in Shanghai. When the person at the bus ticket counter at Shanghai Indoor Stadium suggested Zhujiajiao, we were teeny bit sceptical but still boarded the Government tourist bus leaving in 20 minutes.

Zhoujiajiao is 48 km and a 45 minute ride on the shores of Lake Daishon in the West Qingpu district of Shanghai. The drive through unpretentious ambience of paddy fields with waterways and canals was a balm to sore eyes blanched by the ‘red’ refurbished architecture of Beijing and the concretized jungle of Shanghai. The bus dropped us at the new bus stand giving us five hours to explore the town. With a map in hand and no knowledge of the local language we followed our instincts and ground smells to cross bridges to what appeared to be a city under construction. This was the new section of Zhujiajiao being developed for the Shanghai World Expo in 2010. The houses and buildings followed old styles with slanting roofs new and fresh.

The ornamented tiles and railings had animal motives with frequent use of cat motif. The first tile we thought to be ‘ancient’ till we saw more ‘cats’ followed by ‘fish’ and ‘flower’ motifs. 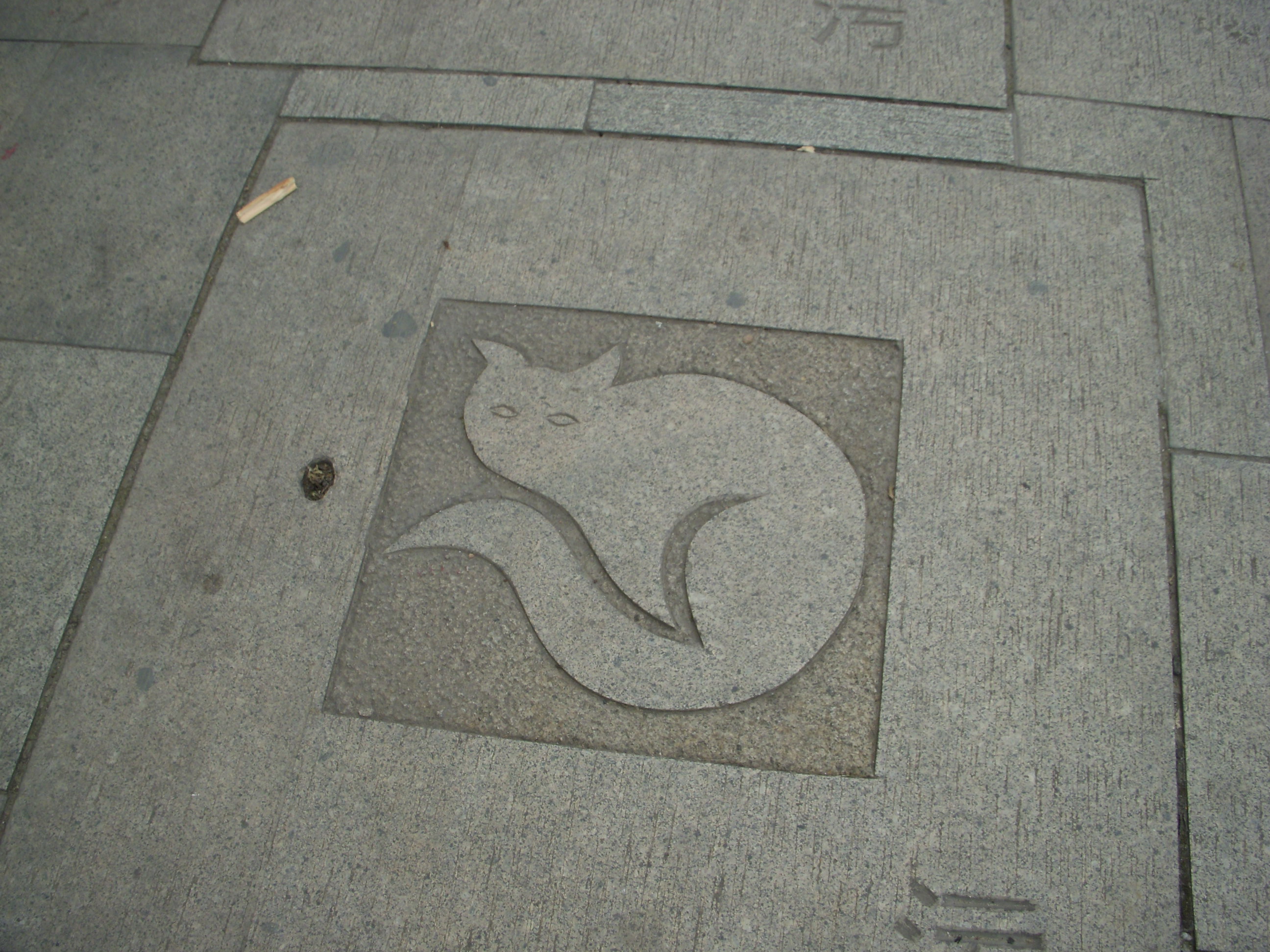 A ‘Convience’ store owner, pleased to get his first ‘Indian’ customers, offered us chairs to sit in his ‘cooled’ store. Told him to correct spelling of store name. Being mid afternoon there were few people around and we bypassed the Ke Zhi Yuan garden located in Xijie Street. One Chinese garden gives a fair idea of other Chinese gardens and we had had a share of them in Beijing and Shanghai. Crossing over a few bridges, there are supposedly 36 in wood, marble or stone, we finally located the entrance to the ancient city. Amongst the bridges the famous one is the Fangsheng or the ‘setting free bridge’ over the Cao Gang River. It was constructed in 1571 and is the only five arch bridge of its kind in Shanghai. Fishes were set free under this bridge and there is a stone tablet called Dragon Gate Stone with 8 coiling dragons encircling a shining pearl engraved on it. The other significant bridge is the Lang Bridge or Veranda Bridge also referred to as Huimin Bridge. This is a wooden bridge with wooden bars and upturned eaves resembling a narrow corridor. Our tour bus ticket was valid as entrance ticket and we walked into a maze of stone paths, bridges, wooden boats tied to the shores, fishing poles hanging from drooping arms, the occasional cyclist trying to weave through narrow passage and children and pets playing in dirt. It was the Zhujiajiao we were looking for. The town has a 1700 year old history and was once the key rice and fabric center during the Song and Yuan Dynasty. The ups and downs of dynastic rule relegated Zhujiajiao to the backwaters and it was in year 2000 that it inched its way into the tourist map of Shanghai and into the ‘One City Nine Town’ municipal campaign of Shanghai. The main water way of the city is Dianshan River and with more canals than roads, boat transport is the main means of transport.We took a ‘tourist’ boat ride and our gondolier, a cheery middle aged person, skillfully glided us through canals and under bridges to the old and new sections. It was 80 minute ride and somehow not a pleasant experience watching the empty courtyards of the new section of the town and we asked her to return to the ancient part of the town. At one point seeing our disinterested looks the ‘gondolier’ broke into a song. Must be part of the package and the lilting melody intermingled with the willows and the deserted waterways. It was a view of village life looking for change and the impassive faces gave nothing away. A young boy was fishing below one of the canal bridges and seeing us approach made great show of catching a fish. Wonder if he really did. At one point a man was washing turtles and we missed a great photo-op. Once on land we walked along the National Street i.e. 1 km long and its arterial stone slab alleys with curio shops, tea shops and eateries and followed a tour group into a Nobleman’s house, a maze of courtyards and rooms with wooden furniture and artifacts: A visual trapdoor, one door opening into another and getting trapped in the cornucopia. The cubicle shops sell handicrafts, embroideries, calligraphies, gift and general items.The shoemaker turned violent when he caught us trying to photograph him, though I did manage to click him. The other attractions of this quaint town are the Memorial Hall of Wang Chang, one of the “Seven Scholars” of the Qing Dynasty and the No 1 Tea House. The best way to get the maximum of the trip is to walk around savoring the ancient inter-mingle with modern. If interested try out the traditional food stuffs such as the rose-flavored fermented bean curd, dark-rice zongzi dumpling or roasted soybeans. We had sandwiches washed down with coca-cola in a tea shop in the newer section.

Time was running out and though we would have preferred staying overnight, there are a few hotels and more are coming up, we had to be content with digitalized pictures of bobbing wooden boats, secluded alleys and antique ambience.Back to the bus and to modern Shanghai. 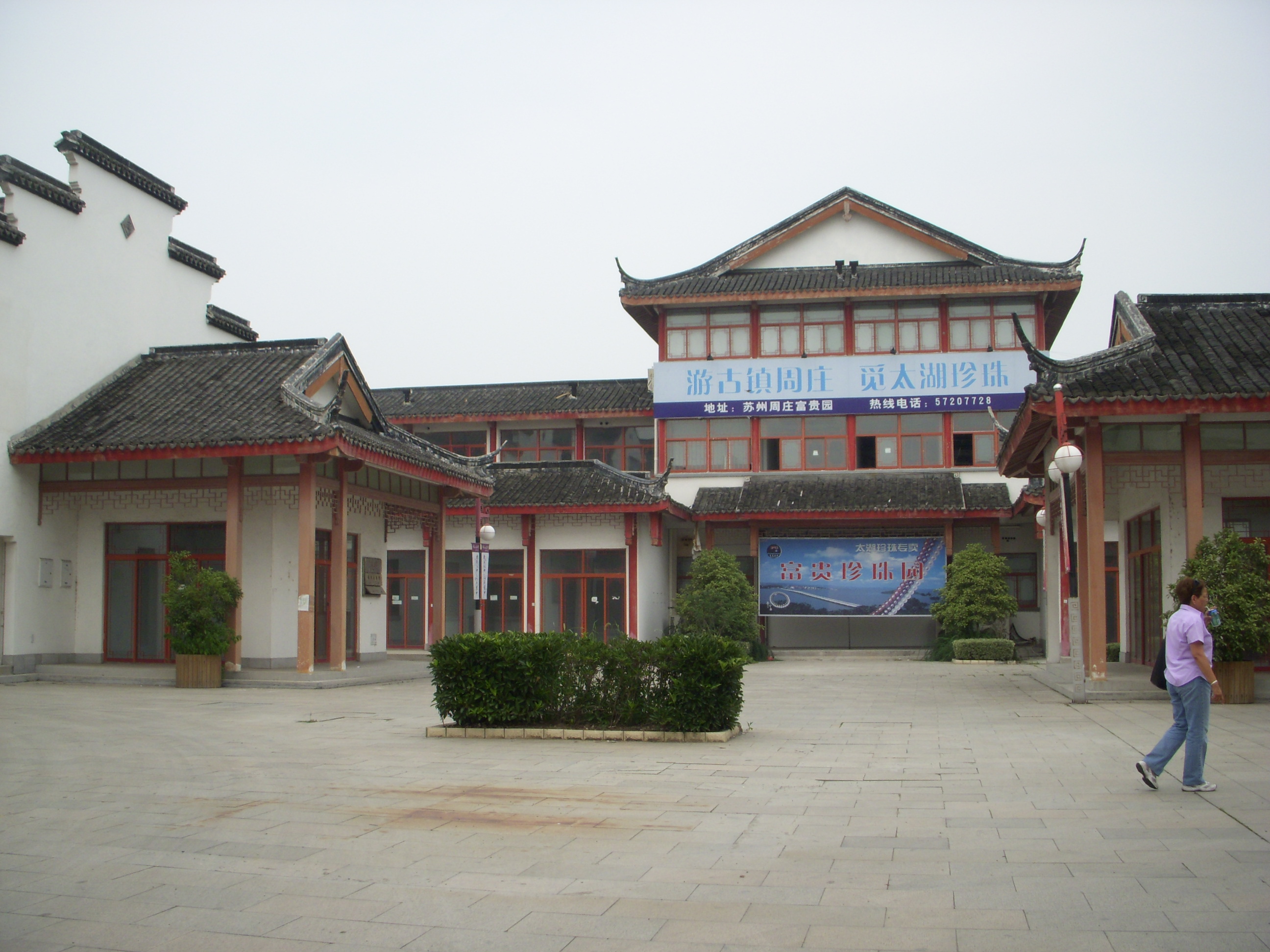 How to get there: Tour bus 4 at Shanghai Indoor Stadium.