Things to Do In Egypt 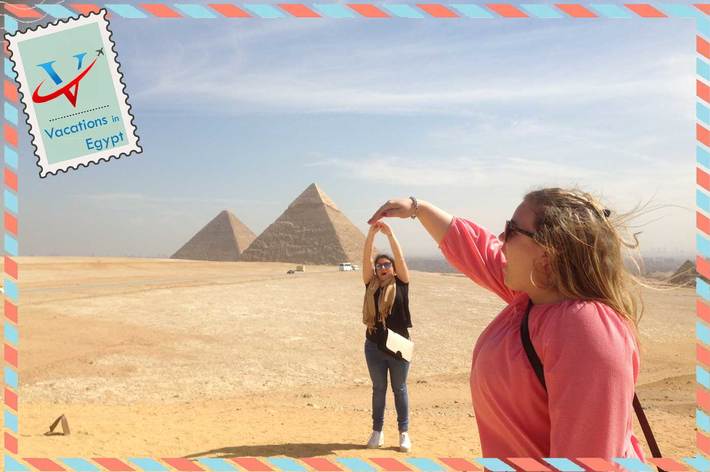 Top things to do in Egypt

Things to do in Egypt Cairo

This pyramid complex at Giza is by far the popular thing to do in Egypt. This is also the place where you can see one of the seven classic wonders of the world: The Great Pyramid of Cheops. The pyramids in this complex were built between about 2551 and 2472 before Christes; in the Stone Age. On the Giza plateau, there are 11 pyramids in total.

The best way to visit the pyramids is with a tour. On your own is not recommended for several reasons. You don’t have a guide who tells you about the history, no transport in the complex and tourists without a guide are terribly harassed by pushy salesmen. Book Now your tour with vacations in Egypt!

The Citadel Cairo is located in downtown Cairo and houses several museums, mosques, and other buildings. It is one of the main attractions of the city. The building dates back to the 12th century and bricks from the pyramid of Giza were used for its construction. The citadel is an important and well-known building and is prominently present in the skyline of Cairo.

Visiting the building you have fantastic views of the Nile and Cairo.

Therefore book a full day tour in Cairo. With this tour, you will visit Salah el din citadel Cairo, the Egyptian museum, and the Khan-el-Khalili-bazaar including The entrance tickets, transport, and guide.

Memphis is located about 25 kilometers below Cairo. Memphis was during the ‘Old Empire’ the capital of Egypt. Here you can find the remains of the temple of Ptah which was probably the largest temple of Memphis. There are also remains of a Sphinx of 8 meters long and a huge statue of Ramses II. This statue is 13 meters high. Don’t have high hopes for the city; there is very little left. Memphis is nice on the way to Saqqara, which is only one and a half kilometers away. Saqqara is the so-called ‘city of the dead’ of Memphis. It was used in the old empire as a cemetery for the most important inhabitants of Memphis. Saqqara is one of the most important remains of Egypt and new finds are still being made. The main attraction of Saqqara is the stair pyramid of Djoser. This pyramid is not only the oldest pyramid of Egypt, it also differs in architectural style from the pyramids in Giza. This is a stair pyramid. In Dahshur there are 3 pyramids; the red pyramid, the black pyramid and the articulated pyramid and probably originate from the father of Cheops. The red pyramid is the most interesting because this is the only pyramid of this complex where you can visit the burial chamber. The articulated pyramid is interesting because this pyramid has two entrances, one at a height of 12 meters.

You can visit these 3 places with a guide. Highly recommended. Book Now Saqqara Memphis Dahshur tour!

Things to do in Luxor Egypt

1. The Temple of Karnak

Millennia ago, several generations of workers worked on this masterpiece. The main attraction is the imposing colonnade of the Hypostyle Hall where 134 giant columns in 16 rows of meters high tower above your head. The columns are decorated with hieroglyphs and complex patterns.

2. Valley of the Kings

Tutankhamun was the youngest pharaoh in Egyptian history and perhaps the most famous. He ascended the throne when he was barely nine or ten years old and died at the age of eighteen. His tomb, crammed with dazzling treasures, was discovered in the Valley of the Kings. Many of those treasures are now in the Egyptian Museum.

A total of 63 graves were discovered and it is a must-see site in this part of Egypt. Besides Tutankhamun, other powerful pharaohs such as Seti I and Ramses II were buried in that valley. Ramses II is considered to be the most important pharaoh of the Egyptian empire. He gave the order to build several temples including the one in Abu Simbel.

Queen Hatshepsut temple is an awe-inspiring colonnade. Hatshepsut was the fifth pharaoh of the 18th Dynasty and is widely regarded as one of the most successful rulers of Egypt. She was one of the few female pharaohs and she is also the woman who ruled Egypt the longest in the country’s history.

The temple was designed by the royal architect Senemut to worship Hatshepsut and the god Amun. This amazing monument was carved into a rock face, has 3 floors and is as high as 30 meters. Once the whole complex would have been surrounded by beautiful gardens.

Things to do in Aswan Egypt

Philae is a temple that can only be reached by boat. With a small boat, you sail to the temple, The temple is dedicated to the ancient Egyptian goddess Isis. The temple is not in its original place but was moved after the construction of the Aswan dam to save it from the flood. Attending the light and sound show is one of the best things to do at night in Aswan.

Temple of Abu Simbel is one of the most famous Egyptian archaeological sites. These two temples were built under the strict watchful eye of Pharaoh Ramses II. The monument was to serve as a lasting reminder of himself and his beautiful wife Nefertari. The temple complex actually stood a little further down the road, but in the sixties it was renovated and repainted at its current location.

In this way, just like the Philae temple, the construction was protected from the rising waters of Lake Nasser after the construction of the dam. Abu Simbel remains, despite his move, one of the most popular tourist destinations in Egypt.

If you not going on the Nile Cruise but still want to see Abu Simbel? Then you can also book this tour from Aswan with an experienced guide. Take a look at the possibilities here.