Destin-Asia: A Bespoke Journey To Japan 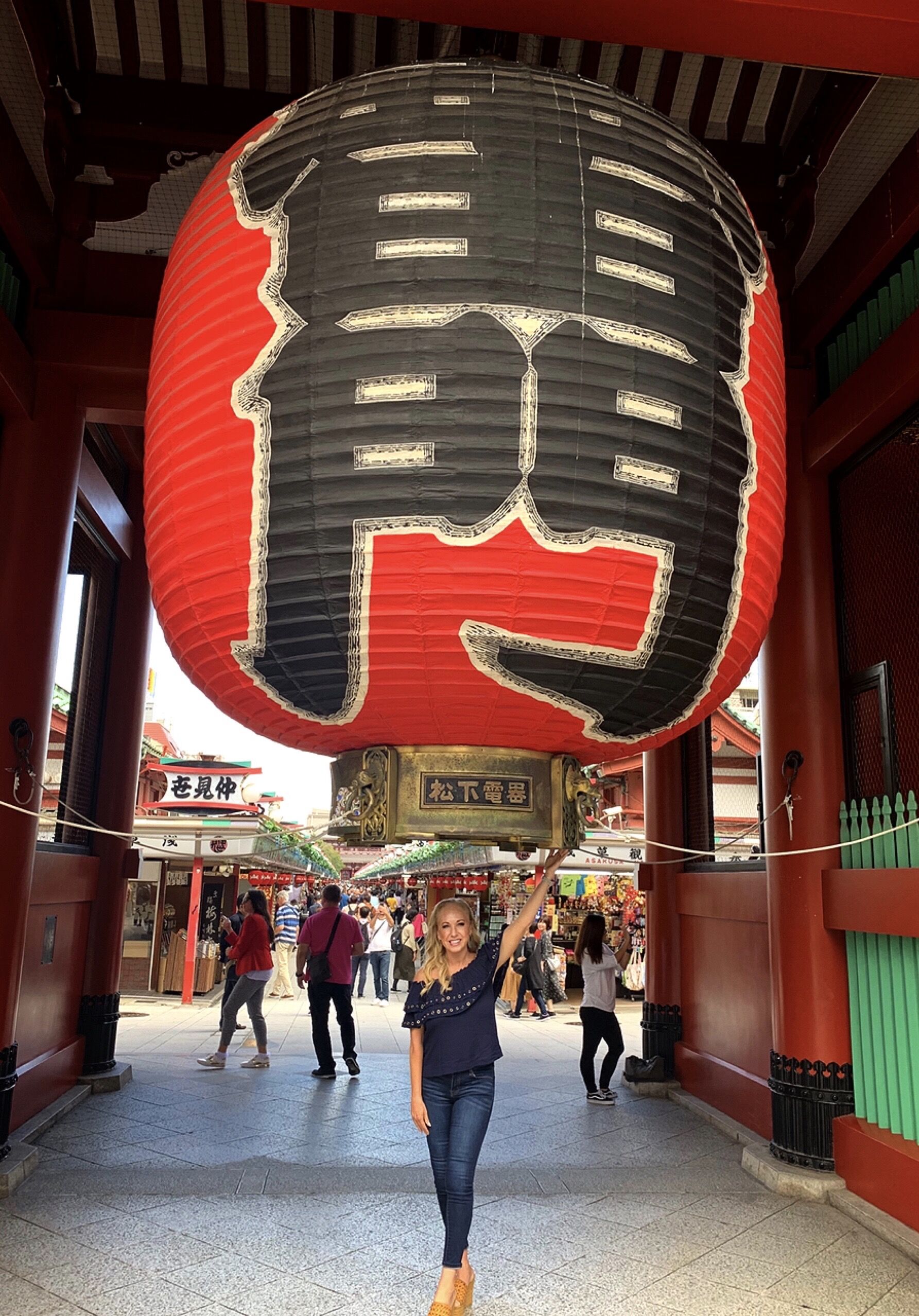 In Japan or Nippon as the Japanese popularly call their country, broken objects are often repaired in Gold, a practice known as Kintsugi.

As a philosophy, its flaw is seen as a unique piece of the object’s history, therefore celebrating its beauty rather than something to disguise.

It’s this approach combined with a constant “nod” reflecting old and new blended so seamlessly into Japanese modern life that makes “The Land of the Rising Sun” one of the most travel-worthy around the globe.

My eye-opening appreciation of the Japanese way-of-life began the moment I arrived into Tokyo and stepped foot into the stunning lobby of The Capitol Hotel Tokyu.

A country of contrasts that co-exist at the intersection of Old Meets New, I was greeted at check-in to find a lovely performer serenading us with the most recognizable traditional sounds of Japan from its national Koto instrument. 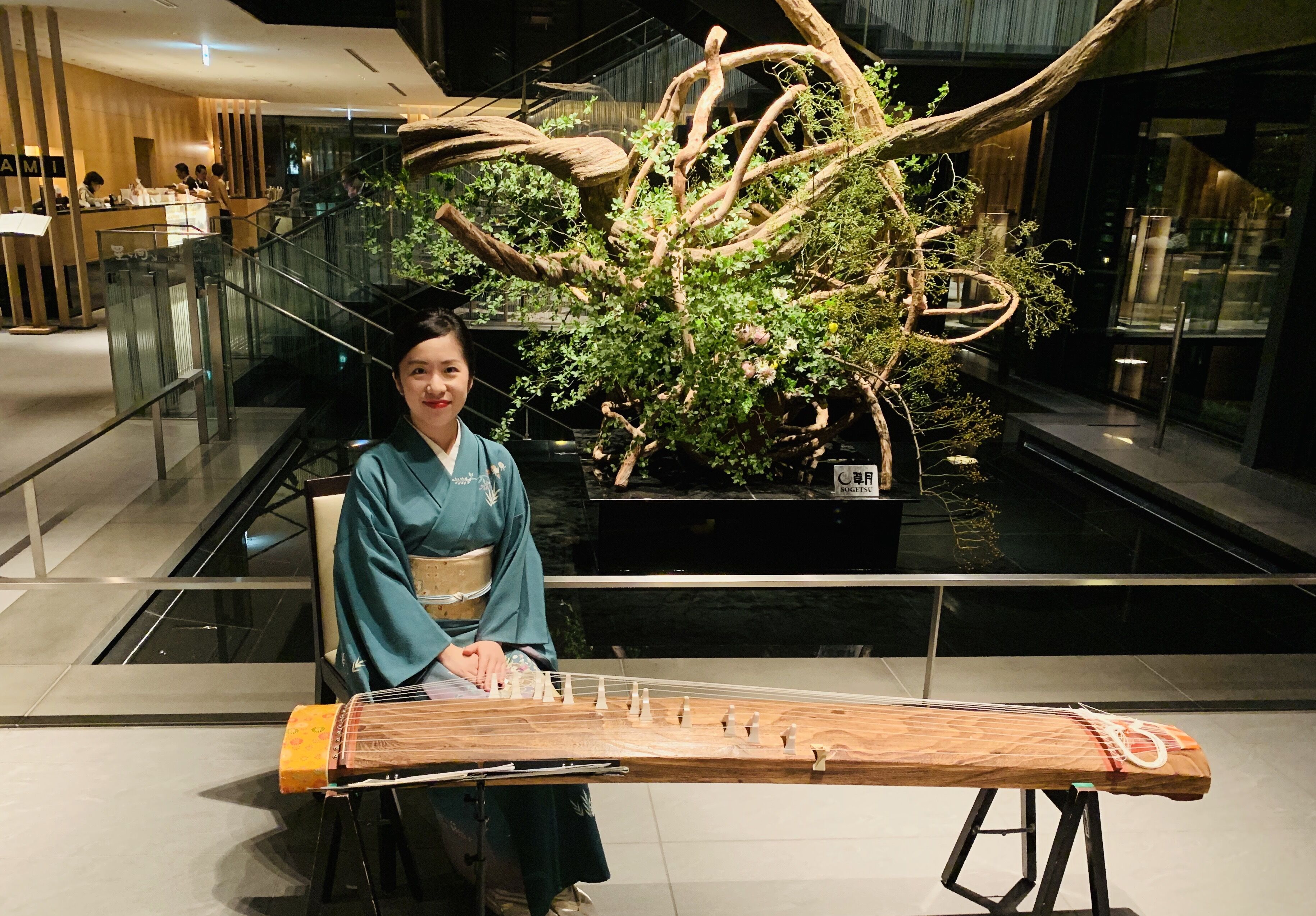 Each morning I woke up excited for a day a new day of exploration enticed by our fabulous panoramic view of Tokyo’s cityscape. Our luxury accommodations was an elegant cocoon of Japanese comfort designed with natural wood finishes and shoji paper screens ingeniously placed to customize our living space. 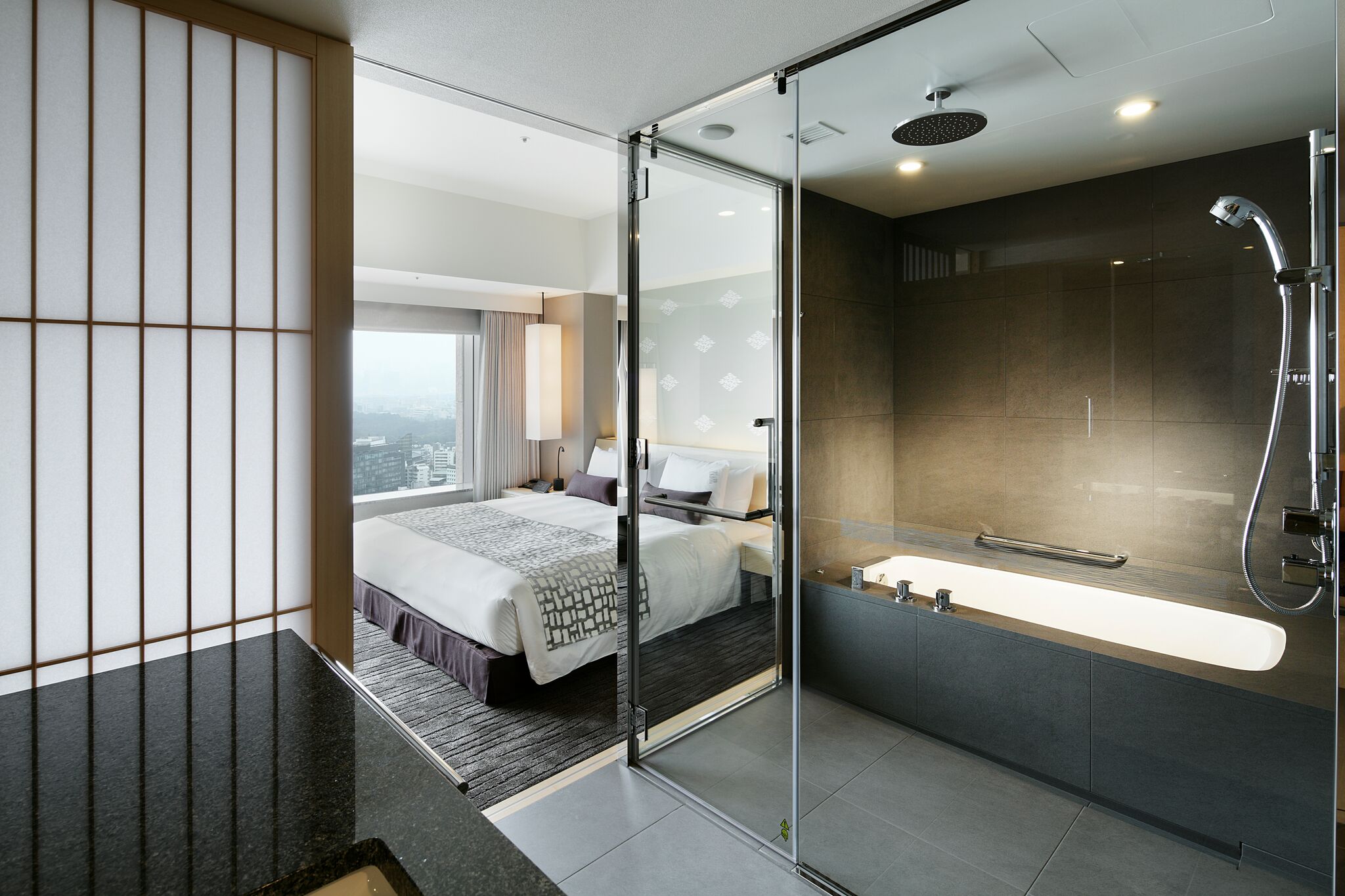 Japan’s capital is a gastronomic wonderland and I’m not just talking about its famous melt-in-your-mouth sushi.

To really experience Tokyo’s rich culinary canon taking an Arigato Food Touris an absolute must for food lovers whether or not you refer to yourself as a foodie. 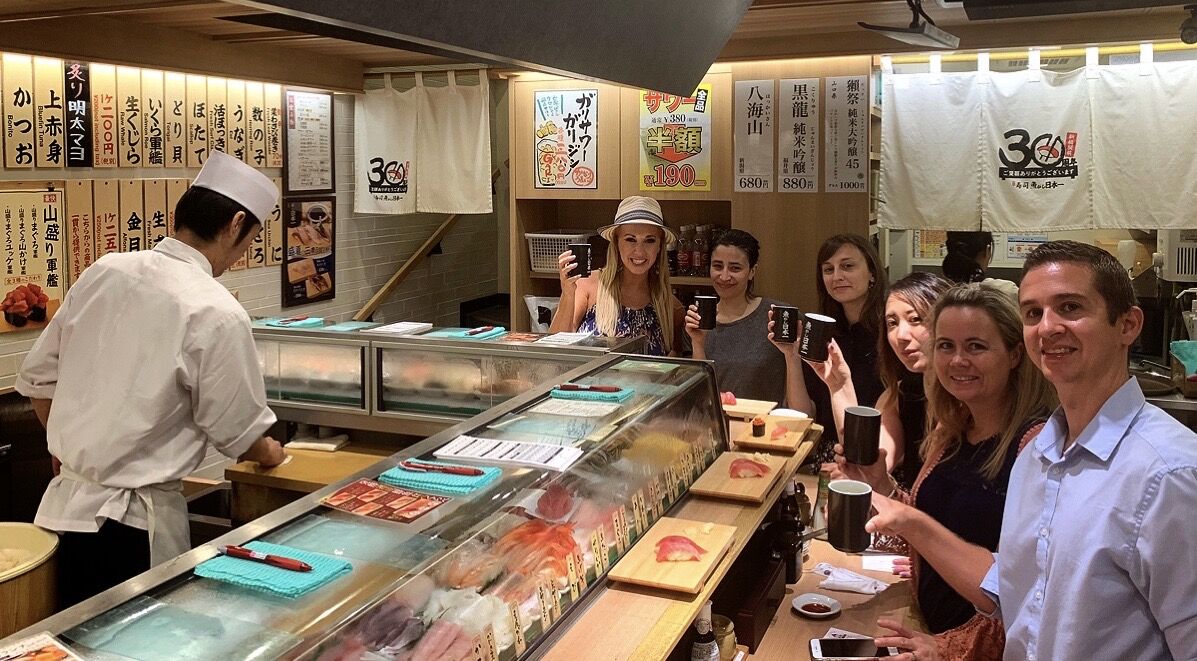 Navigating the back alleys, we tasted our way through the city, sampling delectable bites from five unique food stops while learning must-know cultural tidbits led by Arigato’s local travel guide.

It was an unforgettable experience that no tourist will ever see on their own with the most delicious food only the locals usually get to taste.  Our personality plus Tour Guide “Sam” was a real kick and I came away with delicious memories, a font of knowledge and a full tummy. 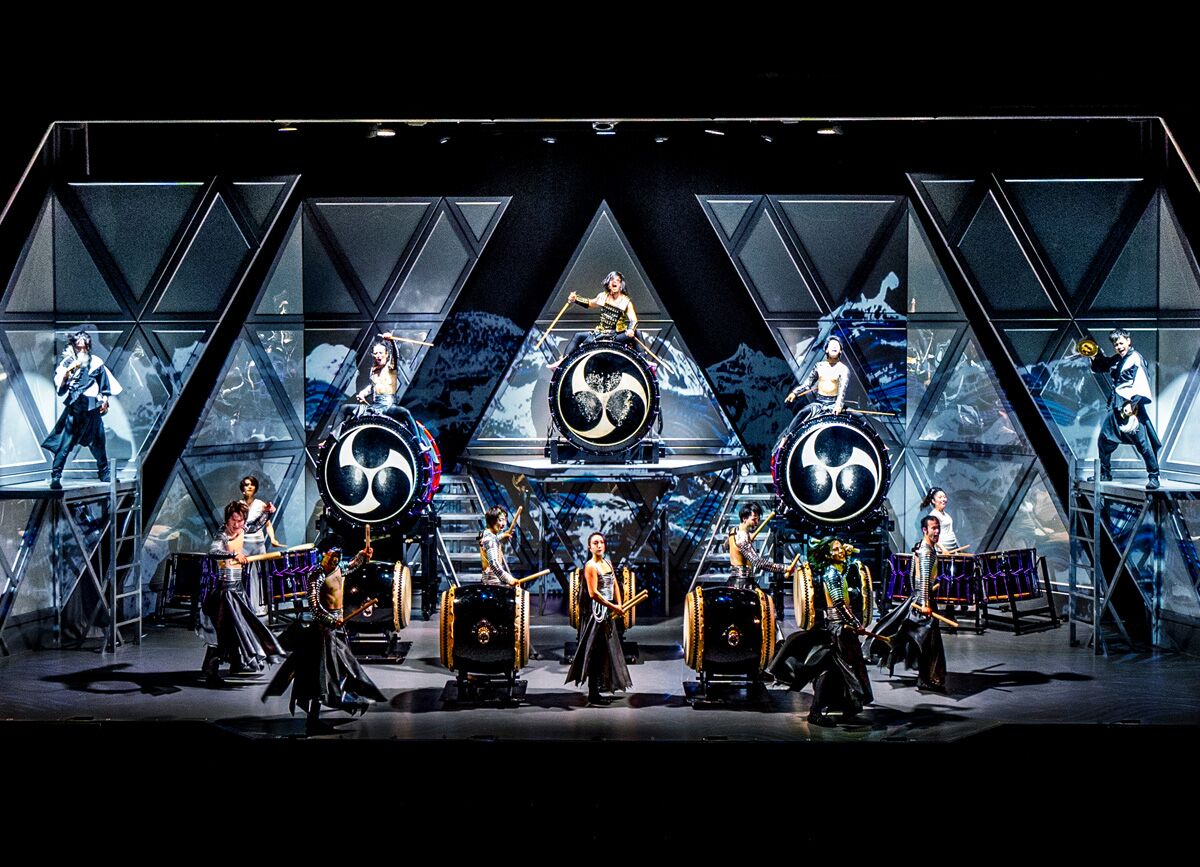 Another must-to-experience is the electrifying, state-of-the-art performance by Japanese Drum Tao Mangekyo.  Its unique entertainment mixing tradition with powerful avant-garde revolution is a new attraction that truly mesmerizes brought to the stage by the collaborative creation of digital mastermind vision TeamLab.

A visual feast for the eyes and creative beyond most people’s imagination,  teamLab is an interdisciplinary group of “ultra-technologists” whose collaborative practice seeks to navigate the confluence of art, science, technology, design and the natural world.

Another mastermind attraction behind the group is the stand-out “Body Immersive” exhibit, Planets by teamLab.  This digital art museum consists of a collection of installations in which your entire body becomes fully immersed into the art.  I have never experienced anything so fabulous and interactive where there are no boundaries between you and the work.

Like the giant, rainbow cotton-candy I’m holding on Harajuku’s famed Takeshita Street, everything in Tokyo is bigger and better with sight-seeing nirvana at every turn.  It may be the most Instagrammable city I’ve ever experienced which speaks volumes coming from me as a Travel TV Host. 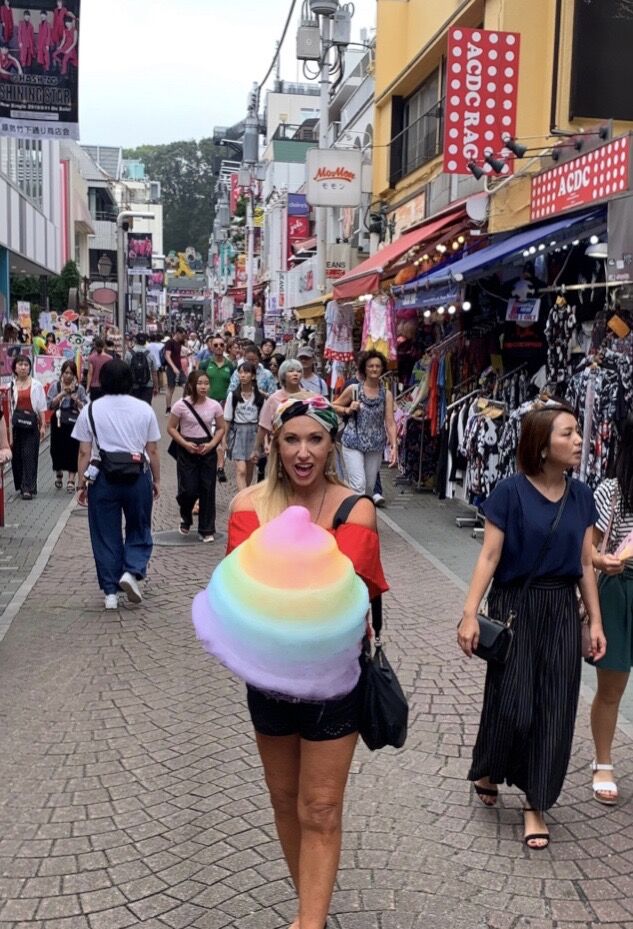 Next, we journeyed to Kyoto, the center of the geisha world for a rare interview with a Geiko (Geisha) and her Maiko apprentice. 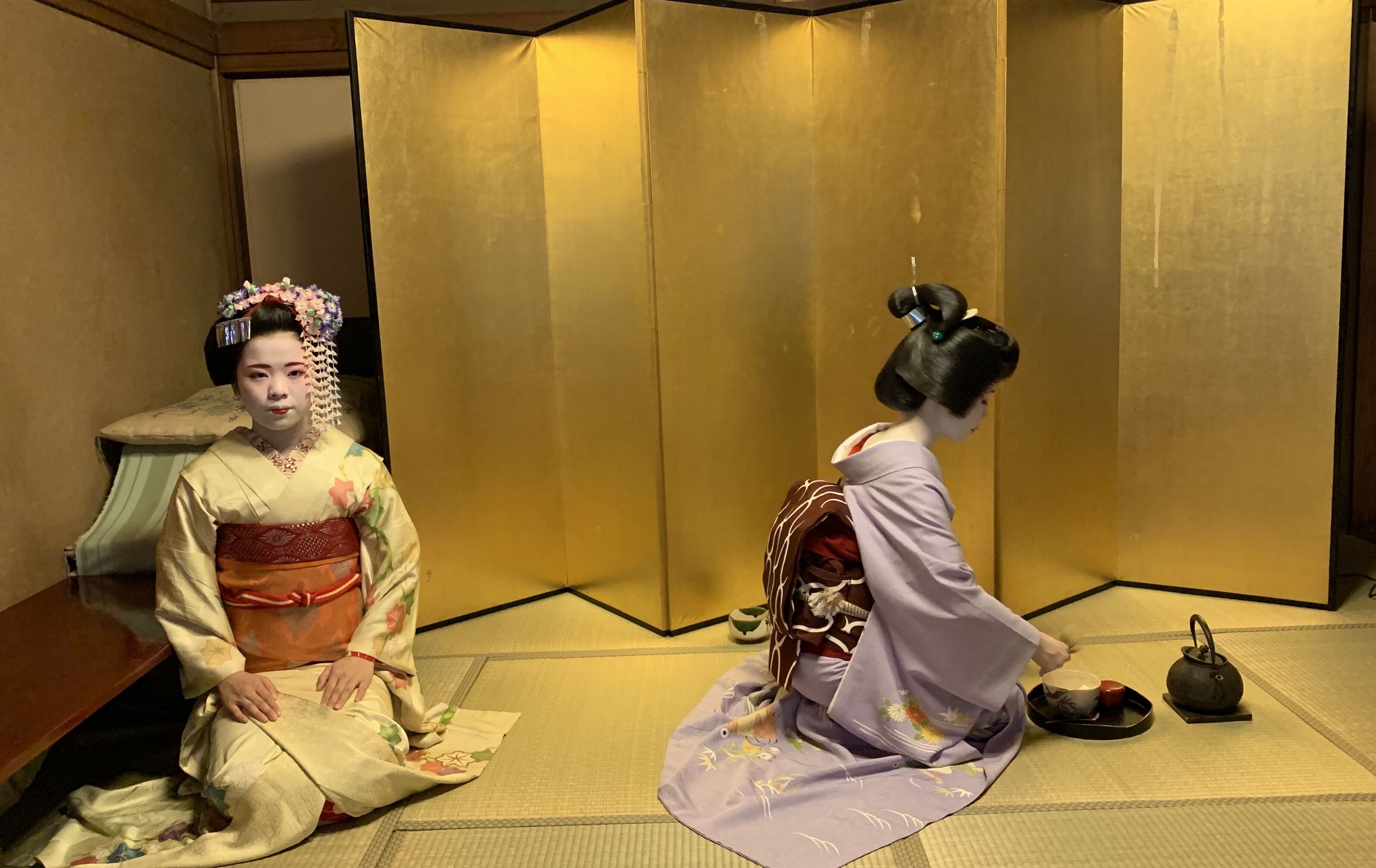 Around dusk in Gion, the entertainment district, we arrived to a little wooden building “boardinghouse” for mistresses of the classical arts, designated by black vertical plaques at their entrances; the blond wood sign above denotes the name of the Geiko and Maiko who live inside its quaint teahouse.

Led upstairs by the “house mother” to a private room we were seated, and I soon was captivated as our Geisha floated elegantly inside; red-lipped and doll-like dressed in elaborate kimonos and faces artistically painted and powdered white,

Skilled in the Japanese arts such as dance, the lute and three-string shamisen, a trance-like tea ceremony and performance ensued followed by a rare interview and even an impromptu dance lesson!

Contrary to the prostitution myth that is entirely false of this profession, Geisha’s are highly respected and bound to lead a single life “not allowed to consort with boys” and live with their house mother under strict rules. Should they choose to marry they must retire from the profession. 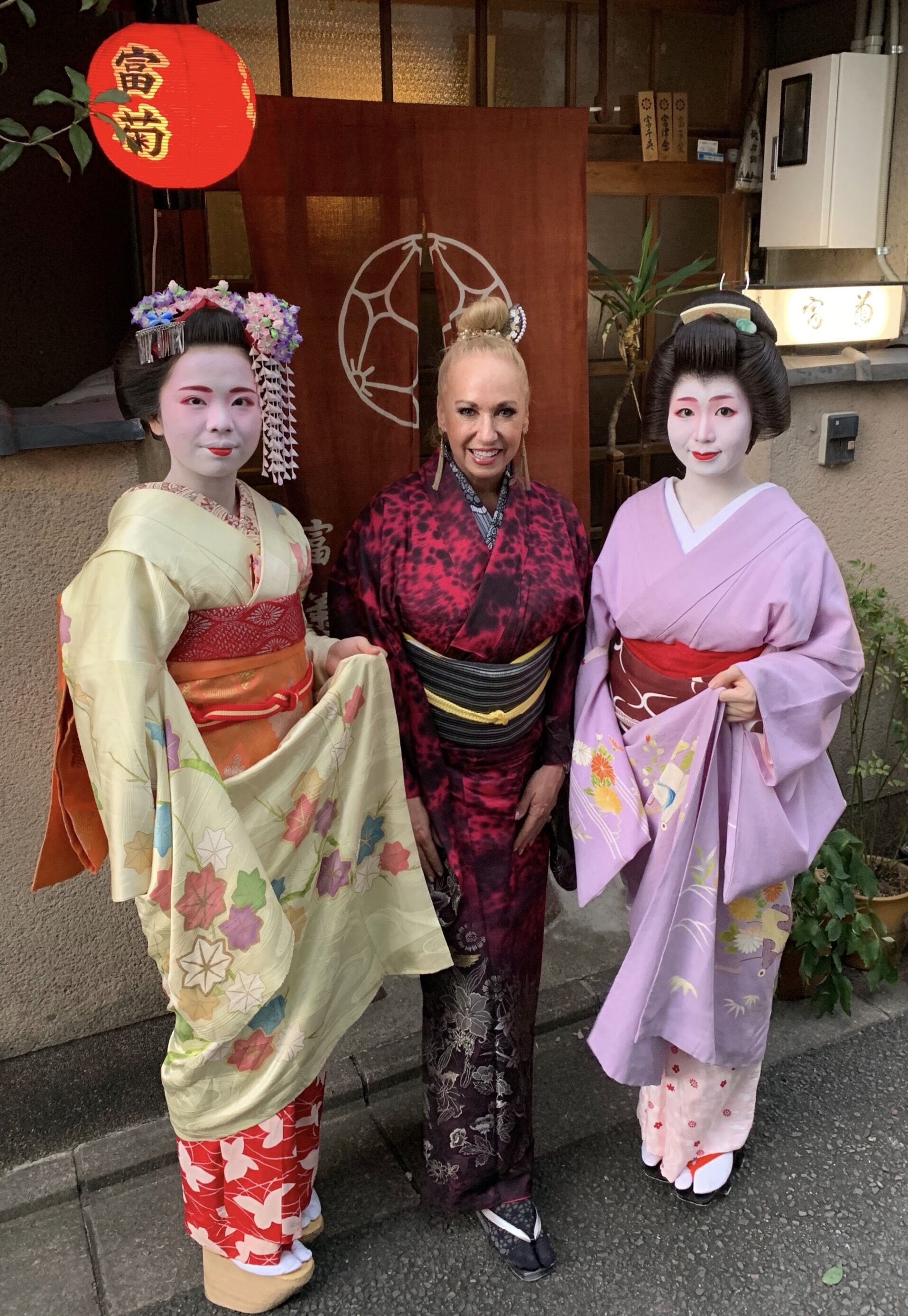 So grateful for my once-in-a-lifetime experience, I ended our interview saying a heartfelt “Okini”, a phrase known only in Kyoto dialect meaning “thank you very much” as they escorted us out and waved good-bye from the teahouse entrance until we disappeared from sight.

Walking away I reflected how fortunate I felt to be dressed so perfectly for this special occasion as earlier that day I had the incredible opportunity to interview Jotaro Saito, the famous designer who dressed Lady Gaga in one of his gorgeous kimono designs for her recent performance in Japan.

Third generation kimono designer, Jotaro Saito made a name for himself with his classic and contemporary designs in the pursuit of creating Kimono as fashion promoting "a lifestyle of enjoying Japanese taste".

In addition to his sought-after kimonos he also produces beautiful home interiors and other design products you can drop some yen at his two retail store locations; in Kyoto and in Tokyo’s acclaimed shopping district GinzaSix. 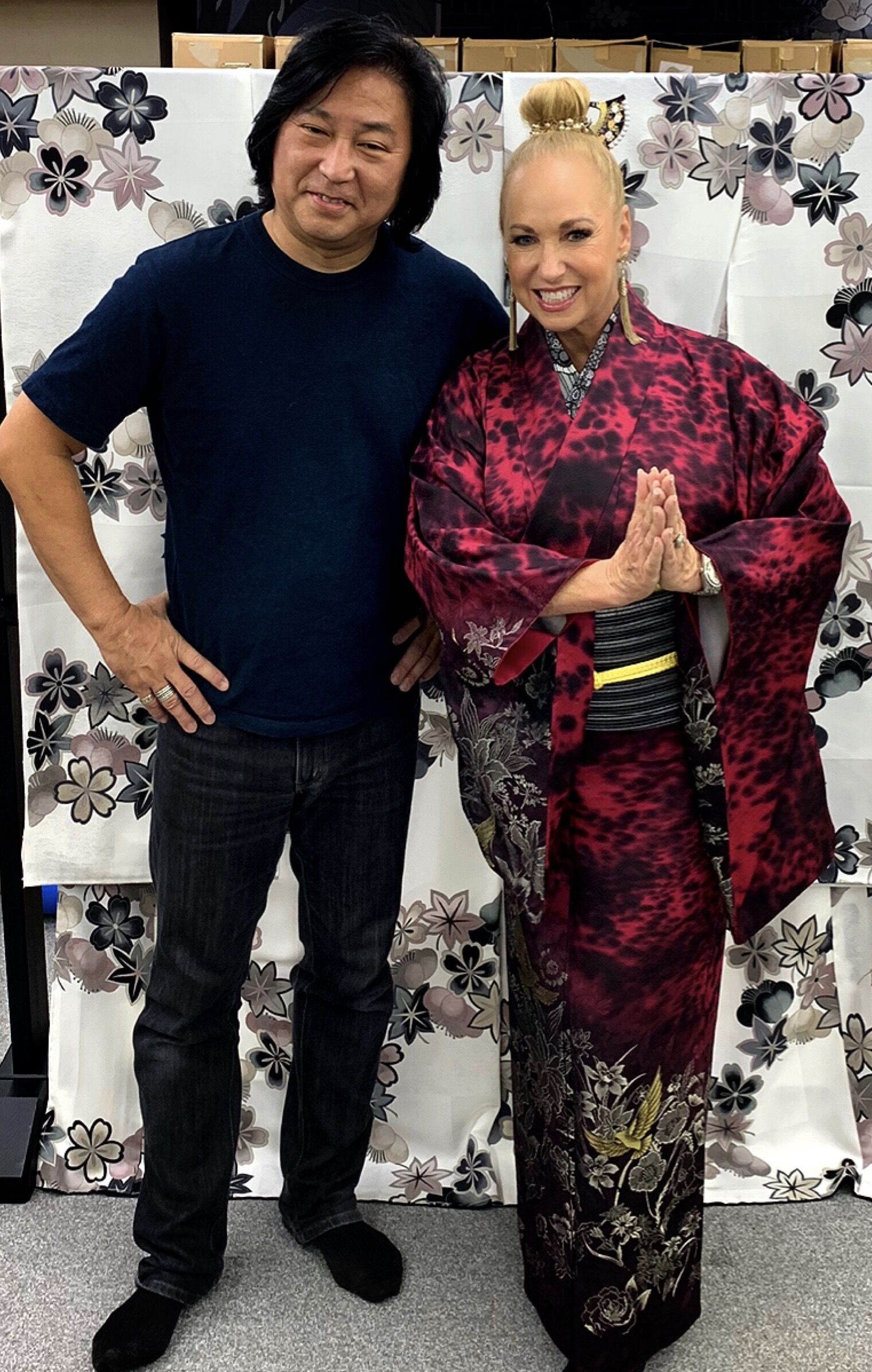 Back at our serene contemporary surroundings of the Kyoto Tokyu Hotel our hotel's tranquil courtyards and water features create the perfect sense of calm and relaxation to end each day’s bespoke adventures.

Tokyu Hotels offer its guests a consolidated zone of hospitality with unbeatable locations throughout Japan’s major cities and like its sister property The Capitol Hotel Tokyu, our sleek sophisticated accommodationswas an idyllic haven with its luxurious details including Japanese green tea, slippers and yukata nightwear. 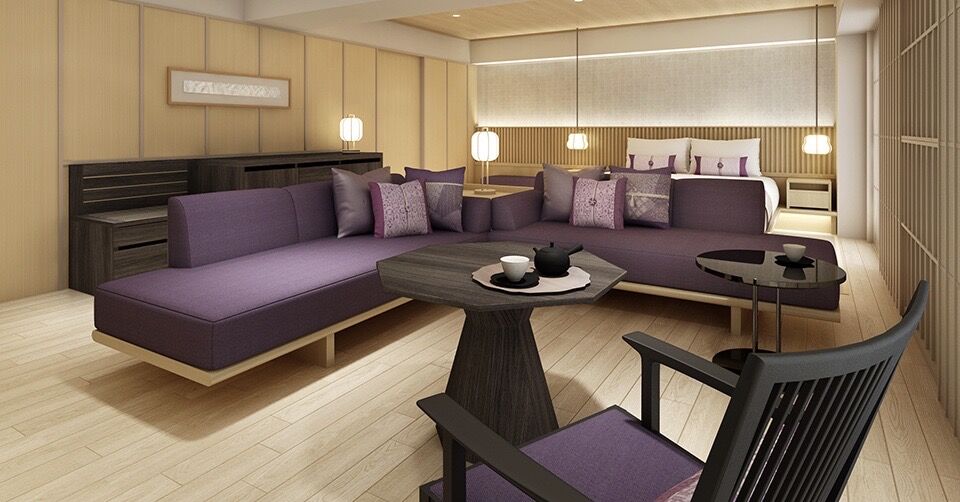 To see where the Japanese flock to escape the hustle and bustle of city life we ventured next to the shores of Lake Chuzenji in the Tochigi Prefecture of Nikko.  A national treasure filled with natural beauty and important World Heritage sites, its literal translation means “sunlight”, and its “scenic lake in the mountains” landscape is reminiscent of my childhood family vacations growing up in California with summers spent at Lake Tahoe.

At Nikko’s sanctuary entrance stands the UNESCO World Heritage of the Shinkyo Bridge; a vermillion lacquered “sacred bridge” and the oldest bridge built over a gorge in Japan.  Considered lucky to make a wish while crossing, of course I had to make this my first stop on our way to checking in to our luxury ryokan property Hoshino Resorts KAI Nikko. 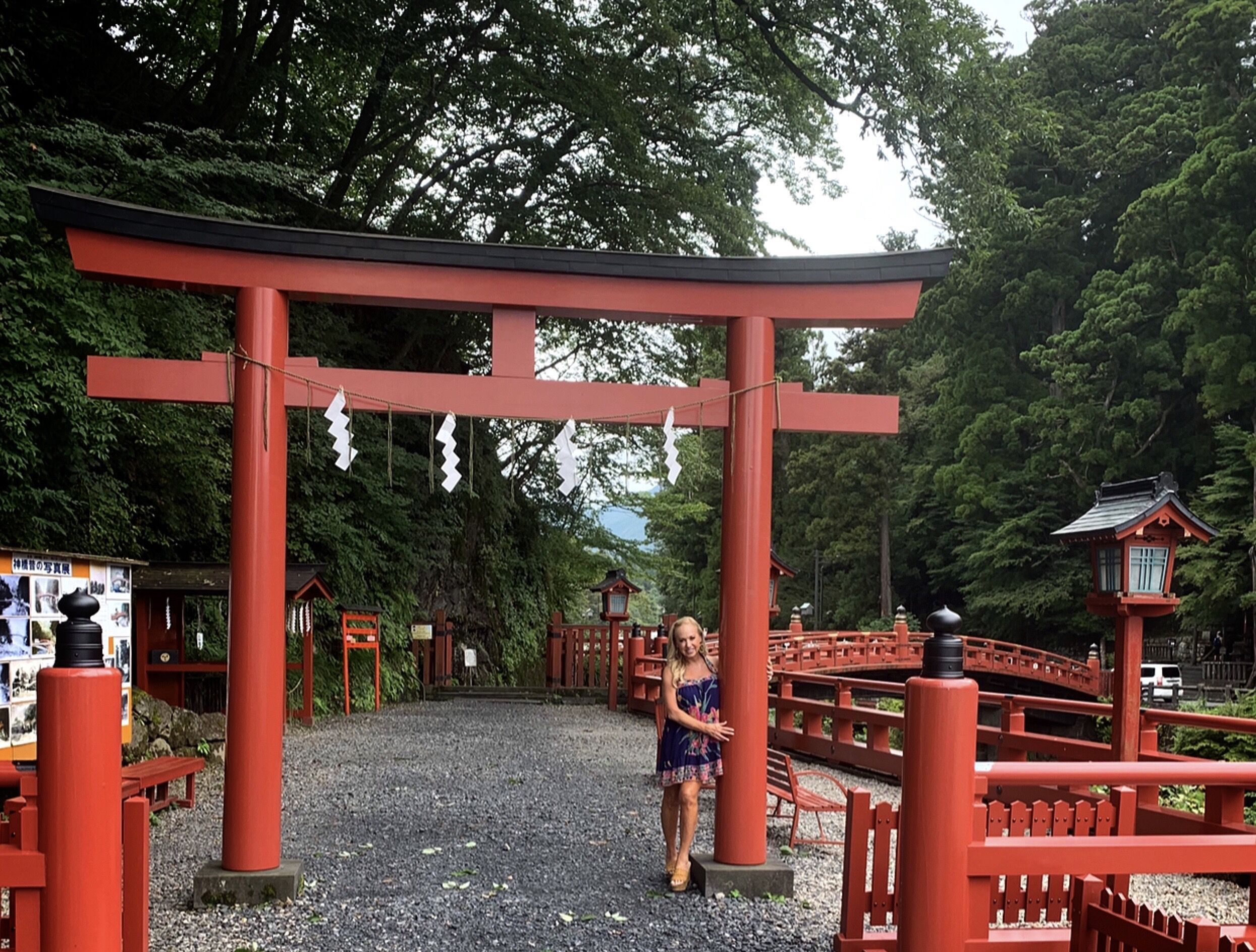 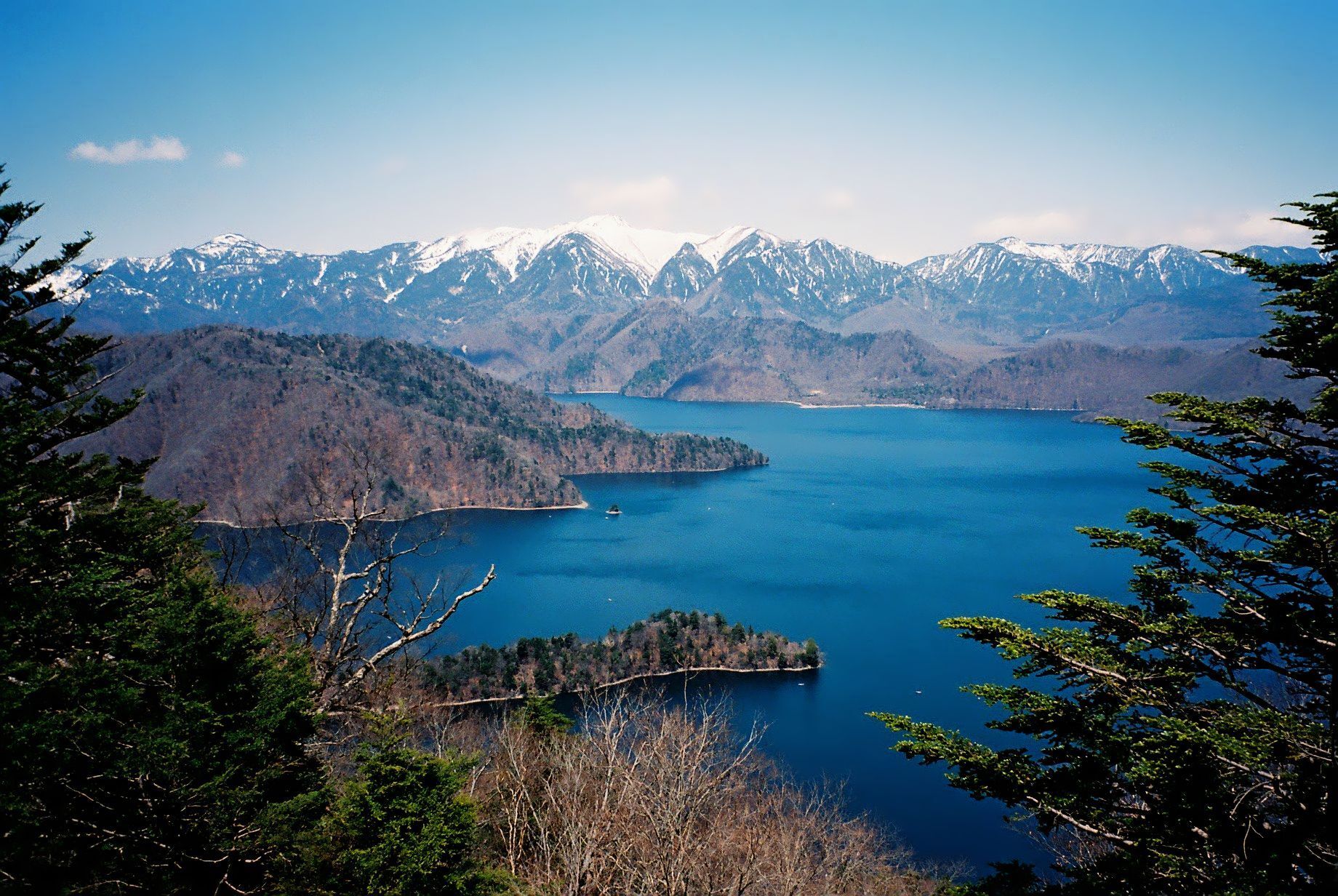 Arriving from Tokyo on a quick 2-hour Tobu Nikko Line train ride operated by Tobu Railway to experience Nikko’s national treasures was on my bucket-list, and as the Japanese saying goes "Never say 'kekkõ' until you've seen Nikkõ"—kekkõ meaning “a reflection of its beauty” I was excited to see Japan’s famed mystical city.

Staying at a traditional Japanese ryokan was an absolute-must on my travel agenda and KAI Nikko did not disappoint with its luxurious tatami-matted rooms with Western influences, and breathtaking views of Lake Chuzenji and Mt. Nantai. 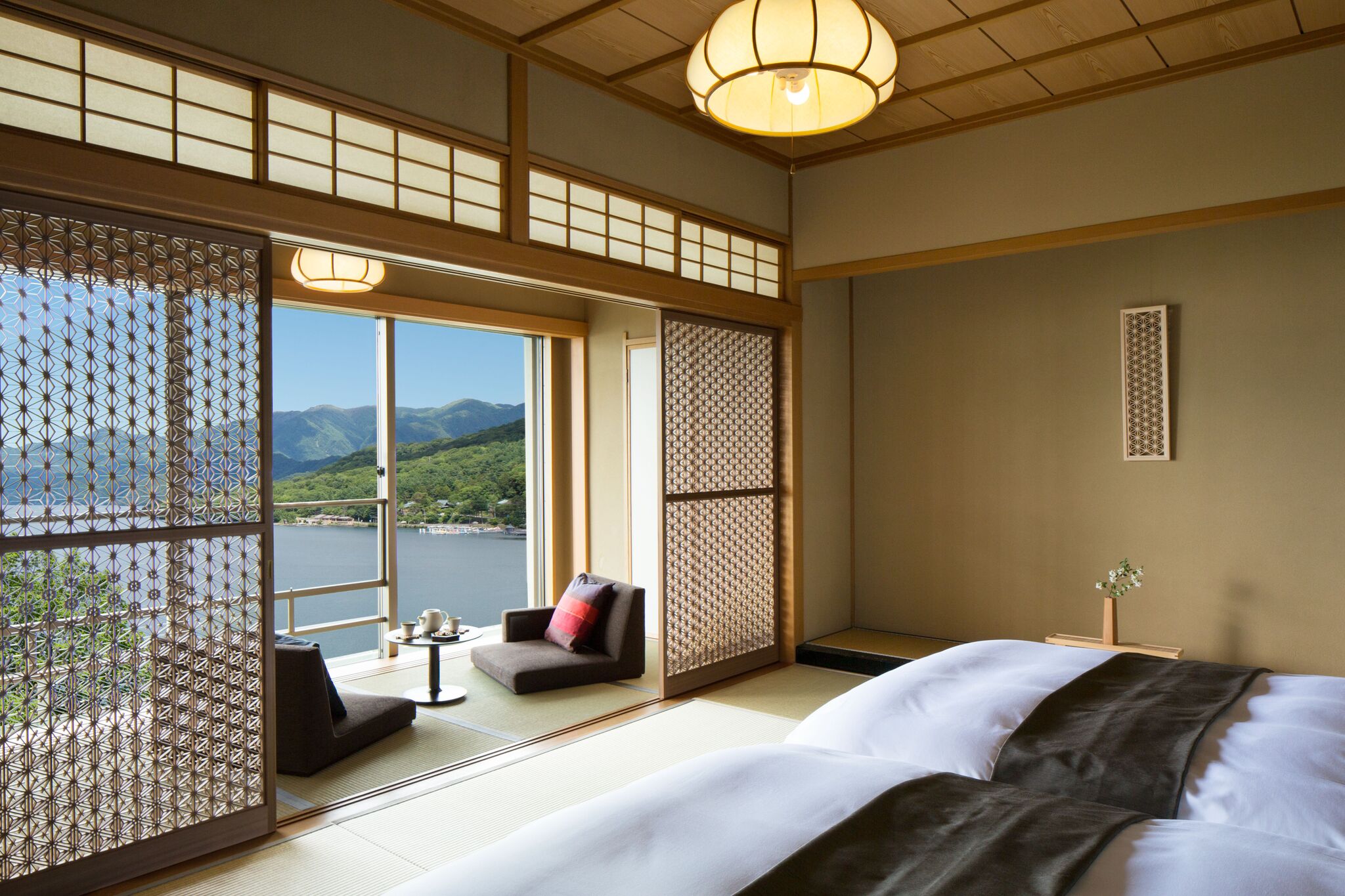 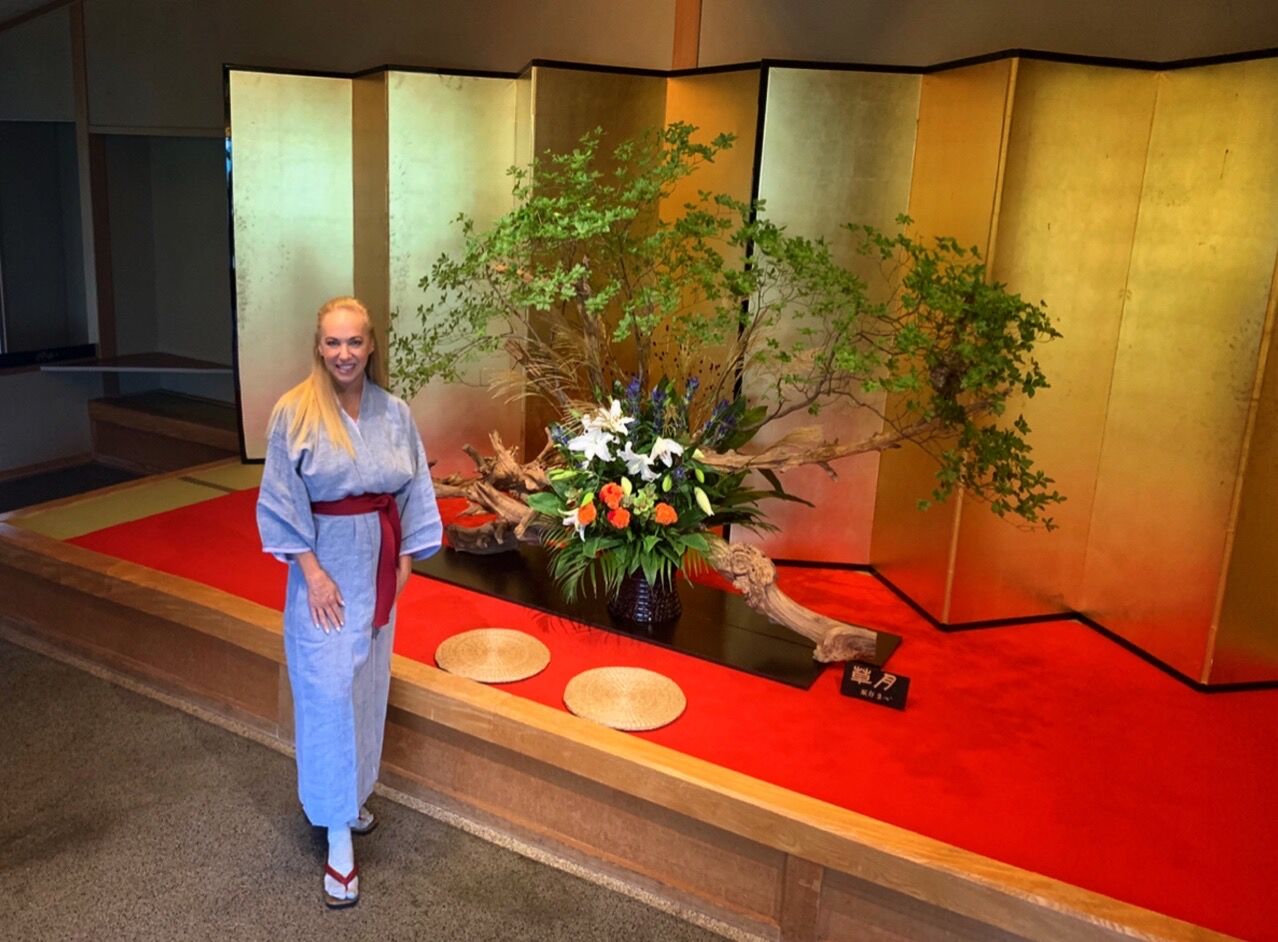 Assigned a Yukata-robe and Setta, casual thong shoes with Tabi socks to wear at all times on-property, it was so nice for a change not to think about what I was going to wear every day and enjoyed the hotel’s incredible hot springs taking full advantage of living in the moment.

With gorgeous sightseeing at every turn, we ventured off property to enjoy the panoramic vantage points of Nikko’s famous Kegon Waterfall taking a ride up to Akechidaira Observatory for a comprehensive mind-blowing aerial view of the stream flowing from Lake Chuzenji to the Kegon Falls, and Mount Nantai in the background; Nikko's sacred volcano, whose eruption blocked the valley below, creating Lake Chuzenji about 20,000 years ago. 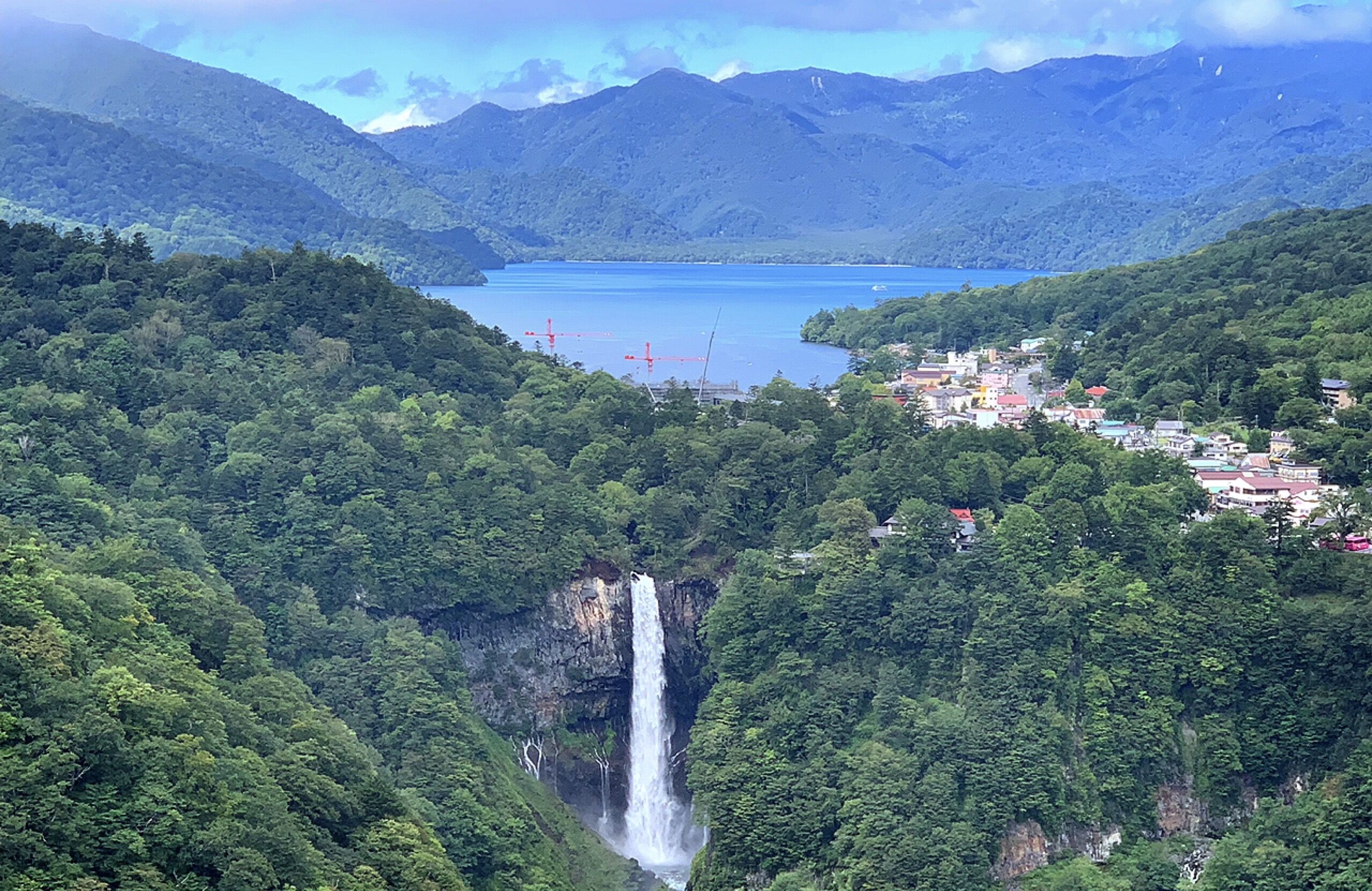 It was here in Nikko where I experienced a come-to-full-circle moment at the Katayama Suzo Sake Brewery. 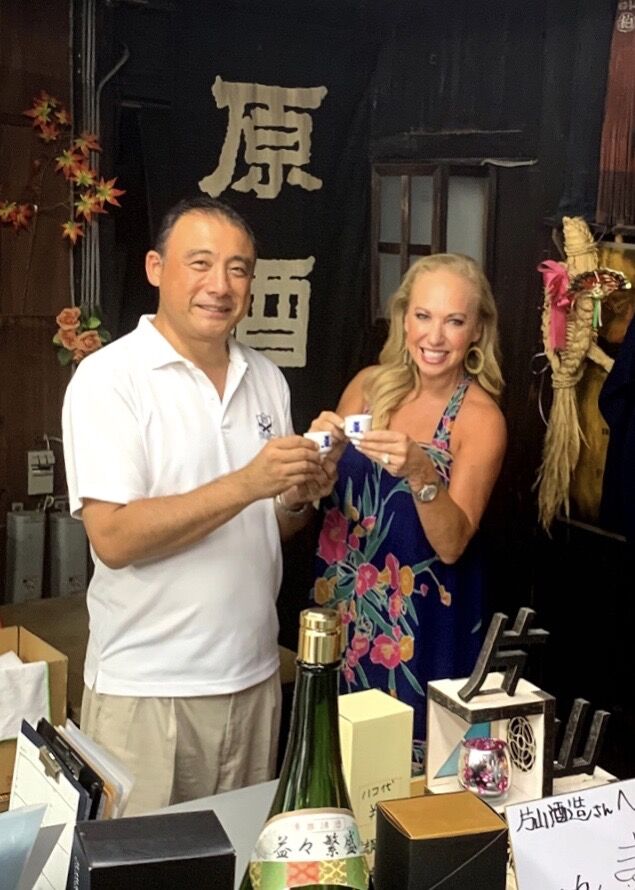 Kompai!!.....While enjoying my sake tasting and interview with the company’s 6th generation sake maker, our translator/guide shared my Japanese claim to fame with the owner having modeled as a teenager for well-known One Cup Ozeki Sake gracing its wine label in Japan nationally at age 16. 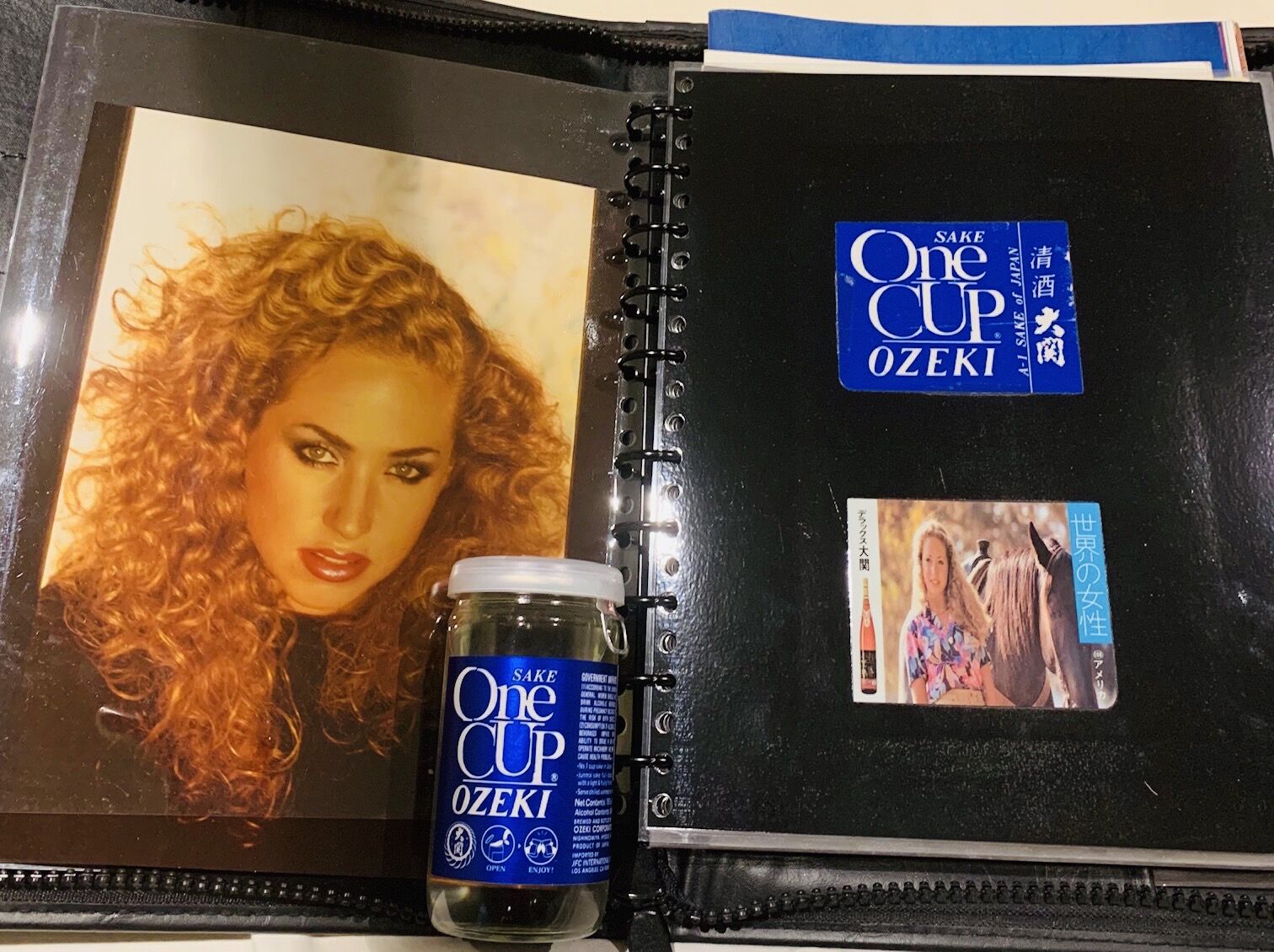 Shot in Los Angeles for a Japanese photo agency, shown above from what seems like a lifetime ago, is my first modeling job on the right.

Looking back now, acknowledging the fact I was not old enough to legally drink the sake, this was the beginning of my strong desire to “taste” Japan. 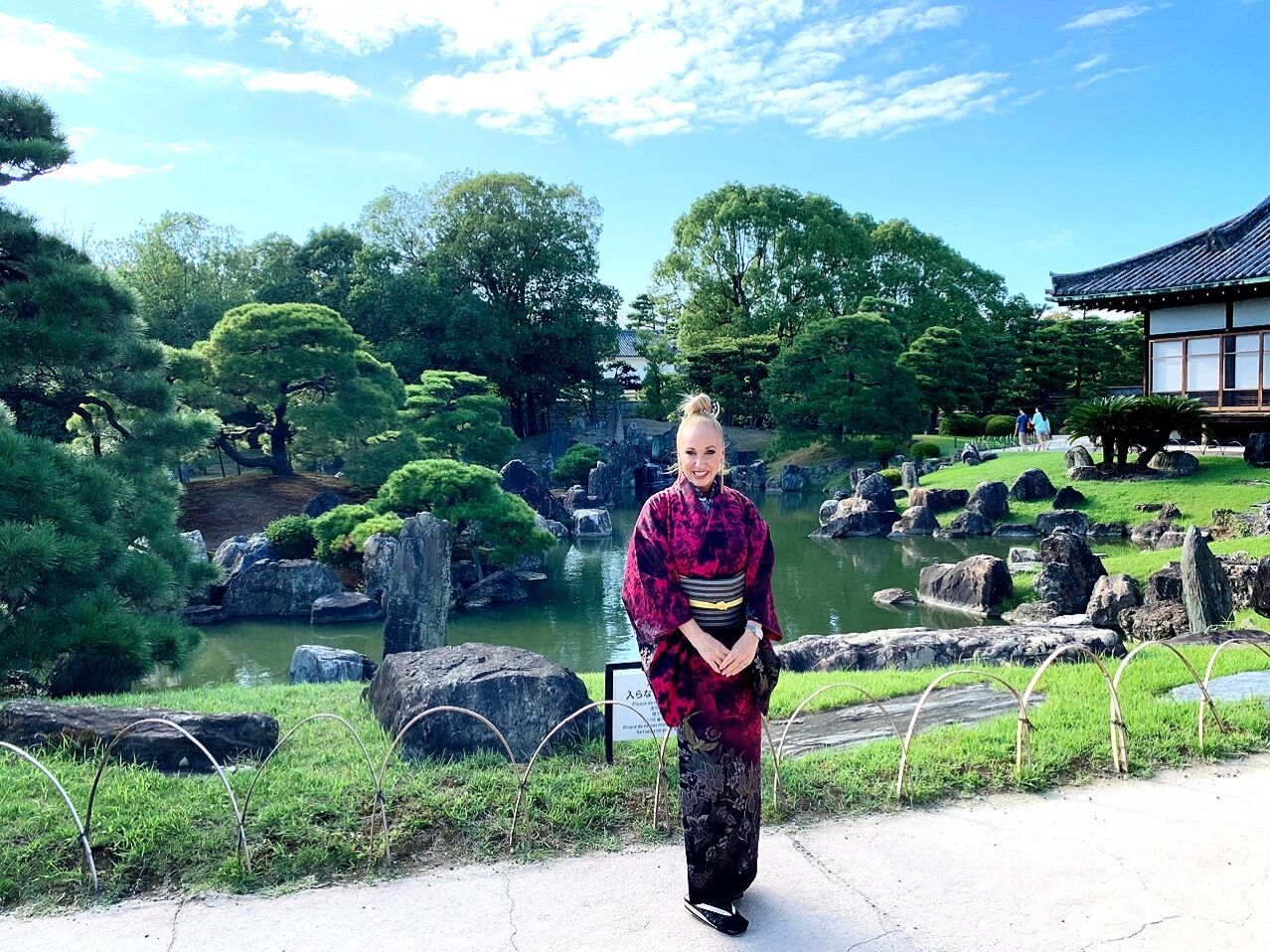 Linda Cooper is an award-winning TV Host, Producer and Writer serving as a brand ambassador to worldwide travel on her national luxury lifestyle series “Travel Time with Linda” and as a contributor to several lifestyle and travel publications. Her specialties include television and in lifestyle publications include the travel lifestyle luxury tourism hotels, food/wine, fitness, spas and luxury...(Read More)