Chardham Yatra: A Spiritual Trip of a Lifetime

The Char dham (four abodes) refer to the most important Hindu pilgrimage sites which are located in the Garhwal Himalayas. These four sites are visited by thousands of devotees seeking the blessings of the Gods particularly between the months of April to November. Although each site has its own story and significance in mythology, it is believed that every Hindu must make at least one Chardham yatra in his lifetime. Many devotees who embark on a char dham tour do so from Rishikesh or Haridwar. According to tradition, a chardham yatra must be undertaken in this order:

Yamunotri is the seat of the Goddess Yamuna and this is the spot from where one of India's holiest rivers originates from. The temple which opens every Akshaya Tritiya for char dham tours can be accessed from the town of Hanuman Chatti by walking or by renting a horse. There are a number of thermal springs near the temple of which the Surya Kund is famed for its healing powers. Devotees dip a Prasad of rice and potatoes in the water to be offered to the deity first before taking it home. 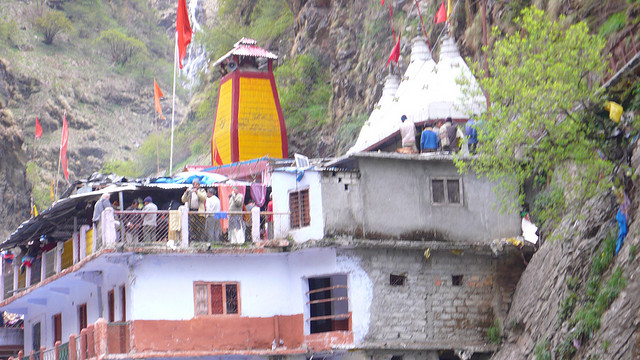 Set in the midst of mountains and forests, Gangotri is the second stop on the chardham yatra. This temple which was built in the 18th century also opens on the auspicious day of Akshaya Tritiya and a special procession of the deity from the Mukhyamath Temple to the Gangotri temple is held. Besides being the home of the Goddess Ganga, the origins of the holy river Ganga also lie here. The aarti which begins from 8 pm onwards is very special as it takes place in the temple itself as well as on the banks of the Bhagirithi river. 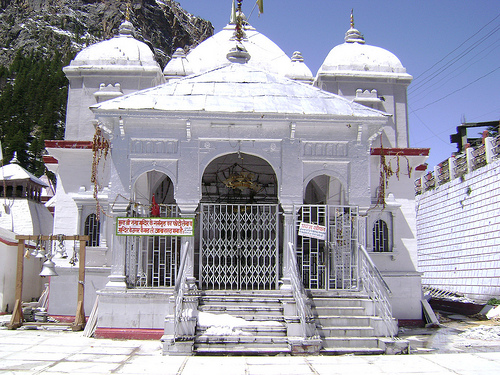 The famous Kedarnath temple is believed to be the home of Lord Shiva and the dham itself stands at a height of 3584 meters above sea level. Besides the temple which has many carvings featuring mythological stories, there are also many kunds or pools such as the Retkund and Rudhirkund which each have their own importance. Devotees of the Shiva believe that to be born or to die here is a blessing and that those who die here become with Shiva himself. 'Badri' refers to an edible berry that grows in this area and 'nath' refers to Lord Vishnu. Badrinath Temple situated in the Nar-Narayan Parvat, is dedicated to Vishnu and is the largest temple of the four dhams. The temple itself is divided into three parts: the Garbha Griha features 15 idols including a one meter high image of Vishnu, the Darshan Mandap where pujas are conducted and the Sabha Mandap where devotees can spend time praying and reflecting. Many chardham tour packages are available throughout the year for tourists.