It’s March – and that means spring is around the corner!

During this month, the buzz is all about the good ‘ol St. Paddy. Needless to say, the place to visit during this time is the Irish country itself –…

Who said you couldn’t enjoy some exquisitely-tasting wine for under $40?

And mind you, these budget-friendly finds aren’t your typical, over-the-counter bottles with funny brand names. They’re actually from the renowned wine region of Bordeaux!
During a Bordeaux wine-makers dinner hosted by the Fig Tree Restaurant in San Antonio, TX, award-winning journalist…
Continue

Tom Koppel - author, journalist and travel writer for over 25 years -and his wife Annie set out to the magnificent coast of Maui and immersed themselves into an oasis of tranquility, pleasure and undying relaxation.
The island, filled with rich history and invigorating splendor, was explored top to bottom for 8 days and 7 nights by the deluxe, 30-passenger Safari Explorer.…
Continue

Everything Bordeaux in "Bordeaux World Heritage & Its Wines" Guidebook

It goes without saying that Thailand is synonymous with culture, food and adventure. As one of Asia’s most popular tourist destinations, the beautiful country possesses a rich history, wonderfully friendly faces, and some of the most beautiful beaches in the world. James Ruggia, Contributor to…
Continue

In 2012, Barcelona Shines Brighter Than Ever 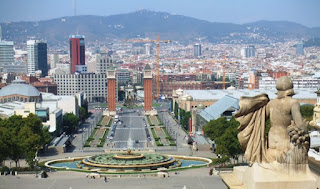 Barcelona is more than just a side excursion.
The vibrant capital of Catalonia offers more than sandy beaches and delightful Mediterranean sun. It’s a fusion of history meets…
Continue

Asia on the Web

Pastis: The Soul Drink of the South of France

Christmas in Provence: Traditions Live On

The Provencal culture comes alive on the 4th of December.
The day signifies the start of the Christmas season, called “La Calendale.”
…
Continue

Turkey's Aegean: Paradise with a Splash of History

It's a refuge by turquoise waters, white-sandy beaches and village-inspired resorts. It's a haven for history buffs; home to numerous cultural and historical sites, including one of the Seven Wonders of the World - the Temple of Artemis.

It's the coast of Aegean.

Monique Burns, Contributor for JAX Magazine, gives us an inside look into the idyllic coastline, and its rich, abundant offerings.…

Call it fresh, celebratory wine or phony, immature “cookie dough” (as one critic nicely put it), there’s no doubt the young Beaujolais Nouveau has become one of the wine world’s most successful stories.…
Continue

It’s almost winter, and you know what that means: Frolicking in the crystal-clear waters of Maui!

If you’re like me, winter is really all about celebrating the holidays with the family, calorie-laden food and below 50 degree weather.

However, given the plentiful activities available during the yuletide season in the island, it might not be such a bad…

The Most Wonderful Time of the Year is upon us!

A blaze of festive lights and Yuletide decorations will soon adorn homes and buildings across the globe.

This year, step into an enchanting Christmas atmosphere at one of Europe’s many beautiful Christmas markets.
Villages and towns across the country transform into an illuminated winter wonderland, boasting brightly decorated wooden chalets offering traditional and handmade gifts and festive holiday…
Continue

The quest for next year’s Yellow Jersey is going to be one steep ride.

It seems like just yesterday 34-year-old Cadel Evans assumed the highest step on the podium on the Champs-Elysees, becoming the first Australian to win the 2011 Tour de France title.

However, the Tour’s 99th edition just got one step closer after the announcement of the race’s 2012 routes at the convention center in Paris. The 2012 Tour de France will bring fiercer mountain climbs and longer time…

Pandemonium has been reigning over Munich for the last two weeks. Hordes of people wandered the cramped streets of the capital of Bavaria in hopes of finding a seat on a wooden bench under one of 14 tents. What kind of madness is this? Answer: The kind of madness you would be lucky to be part of.…
Continue

The Reims Cathedral celebration began May 6 and lasts until October 23, 2011. Numerous concerts, street performances, exhibitions, and conferences, as well as an extraordinary illumination of the cathedral are all planned for the City of Coronations.…

Pleasant and sociable, bars are great places to unwind in after a day’s work or a day of leisure. Paris is no exception to this trend, with chic or offbeat establishments that never fail to amaze. The Paris Convention and Visitors Bureau has created a list of the most unusual bars in Paris.

In Part 3 of Unusual Bars in Paris, we explored the Large Venues…

Are Rivers Male or Female?

Susan Farlow, Special Contributor for the Dallas Morning News and freelance writer in Maine, shares an interesting and fun piece exploring the history of the genders of rivers. 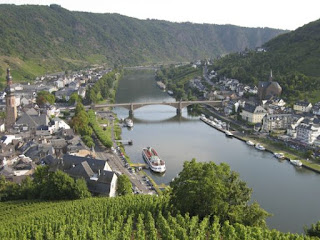 No less than 15 Michelin stars now shine in the Vaucluse, which makes it the most "starred" department in France (in relation to the number of inhabitants) and 5 new "Bib Gourmands" have been granted to establishments that offer their clientele tasty cuisine… Continue