'The Beach Was Too Sandy': 20 of Travelers' Most Ridiculous Complaints 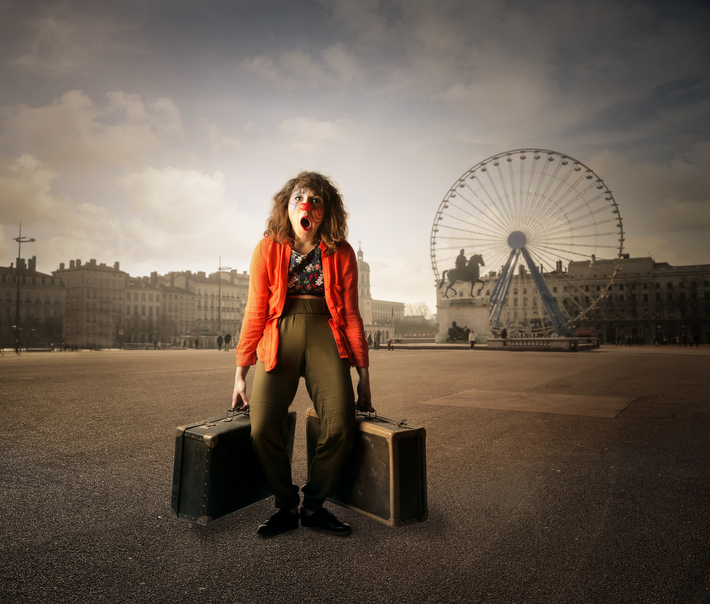 In these trying times, we can all use a laugh. And when it comes to travel, the general public can usually be relied upon for prime material.…

Who doesn’t dream of tasting some of the best wines in the world in the very vineyards where the grapes are grown? Whether you’re a wine connoisseur, a wine lover or simply wine-curious, you’ll find that there’s something for everyone in these European wine regions.…

5 Musts on a Weekend in Rome

Every year millions of tourists from every corner of the earth flock to Rome. The city enjoys a never-ending stream of visitors, simply because there is so much worth seeing. It might take you weeks and weeks to see and do everything in this open-air museum, but if you are going for a short weekend break, there are 5 must-dos in…

Starting to thing about sun, sand and sea or action, adventure and adrenaline for next spring and summer? It might not be an easy choice, but luckily, some places have it all.

Croatia has long been a hidden gem for travellers. In…

Top 5 Things to Do in Sicily

The 5 million people living on the island surely make Sicily the largest one in the Mediterranean Sea. It has a rich and unique culture, especially with regard to arts, music, cuisine history and language. If visiting for a week, here’s our list of top 5 things to do when in Sicily.

Nine Top Sicknesses Travelers Should Be Careful About

Every holiday is a great opportunity to immerse yourself in the local culture but what happens when good vacations go bad? Common travel illnesses like too much sun and sexually transmitted infections can be easily avoided if you apply common sense. But what about the nasty diseases that you might come across?Here are a few to watch out…

Bali – The World's Most Romantic Island?

There’s something about islands… If you close your eyes for a moment, you can almost hear the wind softly rustling through the palm trees and the waves lapping against the shore. The idea of being cut off from the world and its hustle and bustle, in the company of a loved one, appeals to something deep within us all. It’s no surprise, then, that the exotic island of Bali always makes – or tops – the…

Skiing in France for Less

Skiing on the cheap has always been a serious challenge. When we start booking your holiday and calculate the prices for accommodation, flights, equipment and lift passes, you may well start to wonder whether all this is seriously worthwhile. However,  if you are prepared to make your own travel arrangements, cut the accommodation expenses in half by renting a self-catered ski accommodation, shop around, avoid eating out three times a day and stay in the lesser-known resort, you can still…

The Most Romantic City Getaways for Valentine’s Day

To-morrow is Saint Valentine’s day,
All in the morning betime,
And I a maid at your window,
To be your Valentine.
Then up he rose, and donn’d his clothes,
And dupp’d the chamber-door;
Let in the maid, that out a maid
Never…
Continue With approximately 150 ski areas, suitable for all levels of the winter sports lovers, Switzerland has some of the best skiing, snowboarding, tobogganing and sledging, not only in Europe – the country is undoubtedly at the center of the…

If budget is a concern, and let’s be honest, when you’re traveling with friends rather than family, then consider one of the less expensive destinations for your ski holiday this year. Well, you probably won’t bump into the Beckhams, but the snow is the same color and the skiing is just as good as in the A-level resorts! Here is our selection of 5 winter sports destination that won’t break the bank!…

Traveling as a vegetarian or vegan is never easy, but it isn’t as hard as many people think. It takes a little effort, but if you’re open to tasting new and interesting food and up for a challenge, you’ll be amazed at the variety of exciting things you’ll get to try when traveling. The 10 countries below are known for their various cuisine and always helpful locals.

The Best Christmas Markets in Europe The enchanting atmosphere of the traditional Christmas markets scattered throughout Europe -- some of them starting this week or next -- is attracting more and more visitors every year. Under the spell of mulled wine, hot chestnuts, grilled sausages and marzipan sweets, it is hard to resist the various types of hand -made gifts. Half-timbered buildings are festively lit and the aromas of mulled wine out of the local vineyards and cinnamon permeate theair at traditional Christmas…

Bornholm Island, A Danish Pearl in the Baltic

Rugged cliffs plunge into the sea, to the north; a lush forest occupies the central areas and miles of white sandy beaches stretch to the south. That is the small Danish island – palette (588 sq.km), Bornholm, in a few words. The island might be small in area, but whether you choose to go there for a weekend or a long holiday, the tiny sunny islet offers a whole new aspect of …

10 Travel Destination Movies To Watch Before You Go

Have you ever watched a movie and remembered more about the film’s location than the actual plot? Us too. Film has long inspired viewers that’s why we’ve listed some movies that might be worth a watch before you go. So yes if you are looking for some “wow, I want to go there”-inspiration, here’s a list for you.