Few public inns in the United States can boast the patriotic pedigree of the Thayer Hotel at West Point, in New York State's Hudson Valley.

We paid a visit to the award winning Thayer Hotel during the holiday season, and felt it especially appropriate to write about this unique hotel on Veterans Day, when we honor the members of the… 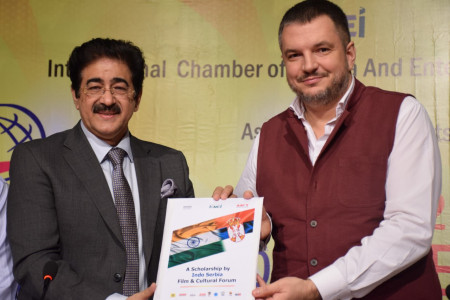 Some places on the planet are just meant to be experienced in a close and personal way. A few energetic individuals may decide to enjoy the scenery and culture of a country on bicycle or even on foot. But most people aren’t going to choose this travel method for their holiday. The next best option has to be travelling in a comfortable personal vehicle, which allows you to set your own pace and stop when and where you want to.…

Welcome aboard to an interesting tour to thisFrench metropolis that is known to be the leading fashion capital in the world. It is also home to the captivating Eiffel Tower that has awed more than thousands of tourists. Fasten your seatbelts and enjoy one great ride of your life.…

Members of the International Food, Wine, and Travel Writers Association (IFWTWA) gathered in the Temecula Valley for their SoCal regional area meeting to showcase two area wineries.  We had lunch and a winery tour at Mount Palomar Winery and we visited Europa Village to learn about the progress of the future Europa Village Wineries, Resort and Spa.…

Convocation of 92nd Batch of AAFT Held at Marwah Studios Noida: 92nd Batch of Asian Academy of Film And Television marched towards professional world of film, television and media after accepting their prestigious diplomas of AAFT, an institution that is a pride of India.
H.E. Radu Octavian Dobre Ambassador of Romania to India handed over esteemed diploma certificates of AAFT to 90 students from the stream of films,…

How to Ensure Notebook Computer Security While on the Road There’s no reason why people who’ve been ill in the past or required a surgical procedure can’t see the world just like everyone else. Nowadays, many insurance companies have created specialist travel insurance policies for senior travellers and travellers with pre-existing medical conditions, so sourcing a travel insurance policy that covers you and your specific medical history is no longer a problem if you’re planning on travelling abroad to an exciting destination in the near…

Kolkata, previously referred to as Calcutta, is the capital of the eastern Indian state of West Bengal. It's an overflowing metropolis which has a population close to 15.7 million. Kolkata was the main city of India throughout the British Rule until 1911, once the capital was moved to Delhi.

Kolkata is among the major metropolises of India, there are thousands of hotels. You can select from a variety of star hotels and heritage resorts to economy…

27 of the USA's Best Vegetarian Restaurants

Following up on posts serving up the best vegetarian dining options in Europe and Latin America, I’m turning to the United States, one of the countries where the veg trend was pioneered. The variety at this stage in dining history is impressive, from hardcore little raw food cafés to… 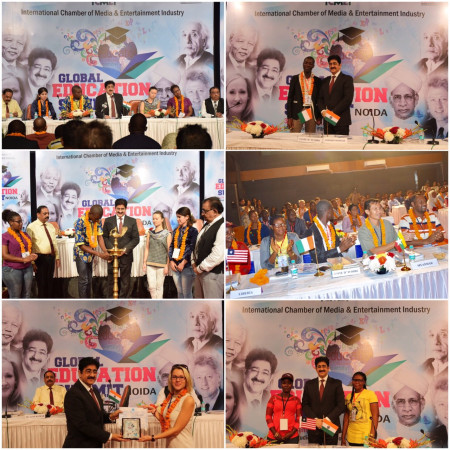 Noida: “Education is the key to progress and only literacy can eradicate most of the problems from the society. Let’s work together to educate the mankind,” said Sandeep Marwah renowned educationist and media person, while inaugurating the international meet on education at Marwah Studios, film city Noida, in the capacity of Chairperson of the summit.
A…

Pune is the cultural capital of Maharashtra and one of the most visited tourist destination. It portrays a rich blend of history and modern lifestyle. It is also the second largest city in Maharashtra with a high rate of economic growth. It is referred to as ‘Oxford of the East’ as it houses many reputed educational institutions. Another advantage of Pune is that it is close to Mumbai, the financial capital of India. Many people regularly shuttle between the two cities by hiring…

Must Visit 5 Forts in Rajasthan Tour

Mystic land of Rajasthan is blessed with prehistoric architectural wonders, Aravali ranges, some wildlife sanctuaries, desert land and unique culture and rich heritage that you will hardly find anywhere in India. The beautiful state is known for its bravery stories of Rajputanas, for its royal exploration and a tag of the largest state in India covering 342239 square km of land. Not to mention The Great Indian Desert - Called Thar Desert - running parallel to the Sutlej-Indus River Valley.… A long, curving driveway through the middle of ranch country led us to what was going to become a charming and serene couple of days full of natural beauty at Holman Ranch.

Each of us gathered our belongings and opened the door to our private rooms off the ranch-style patio complete with rocking chairs and artwork. Once inside, we found a hacienda-styled… 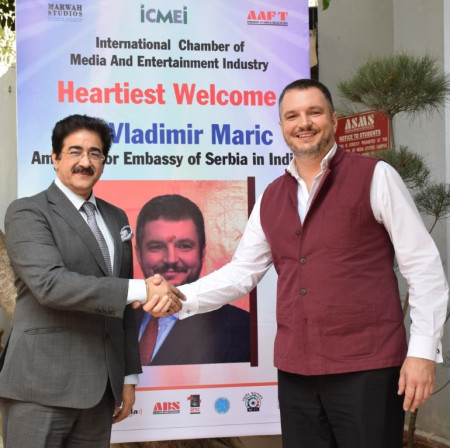 Noida: H.E. Vladimir Maric Ambassador of Serbia to India has been nominated as the Patron to Indo Serbia Film And Cultural Forum recently formed to promote and develop relations between two countries India And Serbia through art and culture.
Vladimir Maric joined in 2004 Ministry of Foreign Affairs of Serbia and Montenegro/Republic of Serbia. 2004-2006 he started…

Tourists are visiting Myanmar in greater numbers each year but few visit the southern part of the country.  The Mergui Archipelago with its 800 islands is one of those areas that remain almost totally unvisited by foreigners. Though now some live-a-board dive boats and yachts venture with special permission into the southern islands from their bases in Thailand, the bulk of the archipelago has remained unvisited since colonial times. During…

Stay in Brooklyn Boutique Hotels That Were Once Abandoned Industrial Relics

Greenpoint, Brooklyn's northernmost neighborhood, started out as farmland that was eventually parceled out during the 19th Century to accommodate insatiable residential expansion away from New York City's core. There was also abundant commerce thanks to direct shipping access via the East River to New York Harbor the Atlantic Ocean beyond. Miles of factories and warehouses fueled the neighborhood's livelihood and character until the 1970's… 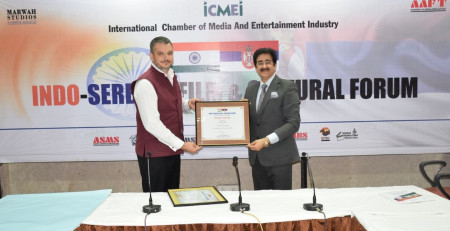 Noida: Renowned film, television and media personality and five times World record holder Sandeep Marwah has been honored and nominated as the Chairperson of newly formed Indo Serbian Cultural Forum here at Noida Film City in a grand event.
“We hereby nominate Sandeep Marwah as our representative and honorary Chairperson of Indo Serbian Cultural Forum. His expertize and…

Browsing the Bazaars of Morocco