Thung Nai is a small commune lying in the heart of Da River of Cao Phong district, Hoa Binh province. Tourists in Vietnam tourism have to drive 25 km from Hoa Binh and nearly 110 km from Hanoi to reach it. Because of its peace and beautifully natural landscapes, Thung Nai is also considered “The second Halong bay on land.”

Traveling to Thung Nai of Hoa…

Strangest Food and Drinks From Around the World

Traveling to a new destination is about learning more about the culture, by getting to know the locals. And you will mix best with them, by trying to eat what they eat. Unusual and different, trying these local drinks and dishes border with ‘extreme dining’ to many of us. Sure, we all get excited by trying something new and little bizarre, but read on and you tell us where you draw a line.

Are You the Perfect Passenger? According to a recent article posted on the economist.com, the perfect airline passengers are single European men, in their 30s traveling for pleasure.

Once he’s got his airline tickets, it seems the…

Travel for the Unaccompanied Minor

When your child needs to travel alone preparing them well in advance will make the world of difference.  If they know in advance what to expect it will make if fun for them and limit some of the fear or anxiety, especially for TSA.

One of the most amazing things I’ve learned how to do is scuba dive. It’s the closest thing to flying I’ve ever felt, and 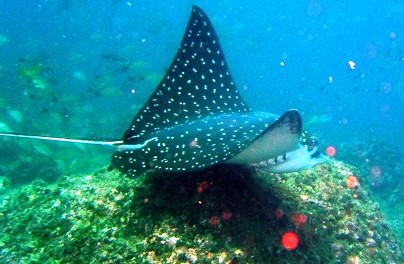 given my fear of heights (or, rather, falling from them), it feels a whole lot safer.…

For people in ethnic groups in South West region, they go to the market not only for shopping. The market is also a place for young people to relax, date. People come to the market to see and to be seen.

From Lao Cai central commune, visitors must go 20km of asphalt road by car to Bat Xat district, then from there go 24km of pass way to reach Muong Hum…

Museums in Viet Nam are not appealing enough for tourists, resulting in them being bypassed by agencies organising visitor tours, experts said at a workshop on museum and heritage tourism in the capital on Wednesday.

"Exhibitions are what give a museum its soul, and staff should help tourists understand the value and meanings…

Marwah Invited Tara Gandhi On Board of World Peace Foundation

We are inviting all those important people of the country who all have worked for the peace and unity of the country and one very important name is Tara Gandhi Bhatacharya” said Sandeep Marwah President of World Peace Development And Research Foundation here in Delhi.
Tara Gandhi Bhattacharjee, the daughter of Devdas Gandhi & Grand Daughter of Mahatma Gandhi. She is the Vice Chairperson of Gandhi Samiti Darshan Samiti & Kasturba Gandhi Memorial Trust. Tara Gandhi has been involved… Continue

Do you like to work out in your hotel’s gym when you’re away? If you happen to be staying in Denmark’s Crowne 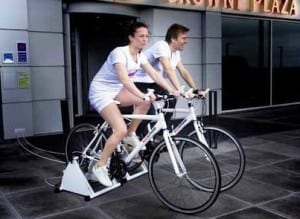 Plaza Copenhagen Towers, keeping fit while traveling will help generate the hotel’s electricity and earn you meal vouchers in their restaurant. The flagship eco-hotel is the first hotel in Denmark to generate all of its power from renewable…

Diving Into The History Of Gibraltar

Gibraltar has activities for just about everyone including scuba diving exploring the ship wrecks submerged around the Rock.

Since Gibraltar is at one of the natural crossroads for the world's shipping, the Straits of Gibraltar are home to shipwrecks going back to the Napoleonic era. The ships may have been wrecked but they now provide a habitat for an astonishing array of marine…

The Apartment Service, www.apartmentservice.com, has started preparations for the next Global Serviced Apartments Industry Report. It has been two years since the last report came out and a lot has happened since in the sector, not least due to the changing global economic climate.

The Perfume Pagoda (Huong Tich) festival, Vietnam is organized from the 6th day of the first month to the end of the third month based on the lunar calendar.

The main Pefume Pagoda festival is celebrated from the 15th to the 20th day of the second month. On the 6th day of the first month, people often sail the royal barge.

One of the key festivals in Vietnam culture travel, it is orgnized in 3…

Cool off with a hot bowl of Canh chua

Ever seen construction workers drinking hot tea in the blazing early-afternoon sun? Ever seen office workers hunkering down to piping hot bowls of soup in the midday heat?

Ever seen construction workers drinking hot tea in the blazing early-afternoon sun? Ever seen office workers hunkering down to piping hot bowls of soup in the midday heat? They do it because hot liquids actually help cool the body. Drinking beverages…

The Seattle Deadman's Tour: Only The Good Die Young

as Thebes it was described by Homer as "the hundred-gated city." Its later name, al-Uqsur, means "City of the Palaces." Testaments to a desire for immortality, built for eternity in sandstone and granite, the temples, tombs and palaces still stand, surrounded by souks and luxury hotels. On the east bank of the Nile, in the City of the Living, Luxor and Karnak Temples greet the sunrise. The sunset on the west bank throws shadows through the City of the Dead: the Tombs of the Nobles, the…

one ruler named Mentuhotep, meaning Montu is satisfied, took the prenomen of Nebhepetre, and it is he who is credited with once again reuniting all Egypt under one ruler, and beginning the 11th Dynasty, what Egyptologists call the Middle Kingdom. Nebhepetre ruled for 51 years, and built the temple at Deir el-Bahri that most likely served as the inspiration for the later and larger temple built next to it by Hatshepsut in the 18th Dynasty.

Once again Thebes declined politically, as…

At the Center of Israel

Tel Aviv is often the place where the reporters camp out in the Middle East. While it has been a region ravaged by bombs and trouble, it is often a great place to begin from when reporters are trying to tell a story. It is a place where many on scene reporters have cultivated contacts and learned the basics of language so they can go forth and hire a crew and get the story they need. This type of energy makes Tel Aviv feel as though it is a more progressive state, one where the truth lurks…

Son Tra Peninsula, about10km from the center of Da Nang City to the North-east, is a special gift of the god to Danang. It is an ideal place for tourists in Vietnam travel to the city, to get away for the day and enjoy the real feeling of a different Vietnam.

It is 693m high above sea level; Son Tra Peninsula is 10km from the center of…

The colorful state of India; Rajasthan is an incredible state and royal land. State has tales and history all deprived form royals of Rajasthan. Their presence, culture tradition has made the state a heritage one and panoramic. Millions of international/domestic travelers, ways to Rajasthan for heritage tour in North East India. All international travelers coming to India, surely wants to make their trip into land of Rajasthan.…

Beauty of Hanoi through the paintings

Hanoi beautiful! Beautiful trees on each, the street, beautiful roof over a space of a simple wind, clouds, falling leaves fluttering sound, footsteps on the path away matches ulcers ... Ha Noi, very ancient, but poetic truth.

Hanoi is always a source of endless inspiration in…