Europe is one of the best continents to visit, as it has many countries offering great attractions and destinations that would suit everyone’s taste. One of the best places to visit in Europe is the Czech Republic. The place offer lots of things to do. So, getting bored in the city would never take place, many things could be done while in the city. Spending vacation in Czech Republic can be busy and a meaningful one. However, before you go, it would be vital to make a reservation to one of…

The number of life jackets on tourist boats accommodating guests overnight must be twice the number of passengers on board, according to the draft of a circular to be issued by the Ministry of Transport.


The forthcoming regulation will require all passengers on board to be equipped with sufficient life jackets in the bedrooms, while the remainder must be available in dining, bar and working decks.

When coming out the rule will apply to all overnight… Continue

The most attractive tourist sites in Hanoi - Hanoi tours

Throughout the thousand years of its eventful history, marked by destruction, wars and natural calamities, Hanoi still preserves many ancient architectural works including the Old Quarter and over 600 pagodas and temples. Famous sites include the One Pillar Pagoda (built in 1049), the Temple of Literature (built in 1070), Hanoi Citadel, Hanoi Opera House, President Ho Chi Minh’s Mausoleum…… Myanmar Country is  one of the interesting  of places for visiting in the world. Myanmar government is enhancing to improve the whole tourism industry. So Other country is eying  Myanmar for visiting.  There are so many places of interest in Myanmar for traveling.

Shwedagon Pagoda in Yangon,one of the famous pagoda, it is soul of Myanmar and magnificent, shimmering spire of gold rising 326 feet ( 99.3cm).According to legend it was erected more then 2600 years ago and eight…

How Sweet It Is: Pennsylvania's Hotel Hershey 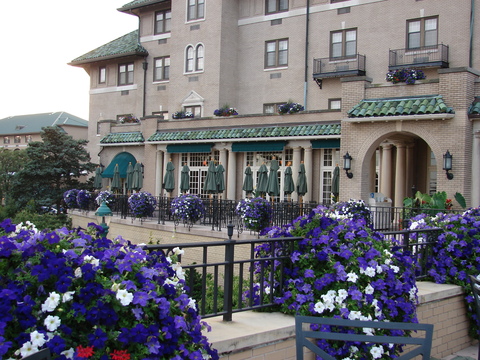 The Hotel Hershey in Hershey, Pennsylvania has it all – luxurious accommodations, private cottages, excellent dining, a world-class spa, two swimming pools, four golf courses, boutique shops, and, oh, so much more. And of course it is in the Sweetest Place on Earth.

Located on a hill with a view of Hershey gardens and the countryside, The Hotel Hershey… And according to Dear Abby, you shouldn’t leave home without travel insurance.

I am greeting that May all be fresh like a Colorful Aurora.

To a certain extent, taking my family to Egypt recently was an experiment. More and more, whole families are vacationing in Egypt, and that means bringing along children of all ages. So, I wanted to know a little more about how this works out, for both parents and kids. And the answer is...pretty well! Everyone came home happy, from a memorable and enjoyable trip. But we, as a family, made a few discoveries along the way.

A specific member of a family with specific interests often…

In a gala ceremony held at Passenger Terminal EXPO in Vienna, the World Airport Awards were announced by SKYTRAX. These are most coveted awards for the airport industry, and this was underlined by a record attendance at the ceremony for airports and airport hotels from across the globe. Take a tour around the Awards website to find out which airports have been named as the world's Best!

Biloxi, Mississippi and the Beau Rivage

It was a bittersweet moment to book my recent trip to the Beau Rivage in Biloxi, Mississippi. As a long time travel industry employee who had not been to this area in years I was thrilled to not only have an opportunity to assess the recent damage from Hurricane Isaac in September 2012 but also to experience a new destination. The reason for my… From Johannesburg to Kruger National Park to Cape Town this singles vacation has it all. Walk the wharf in Cape Town , Safari with the Big5: lion, leopard, elephant, rhino and buffalo in Krueger and learn about the history of… 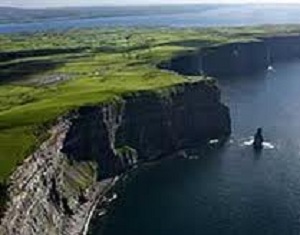 Join the Highlights of Ireland Tour and visit some of the greatest sights Ireland has to offer! Hop on Hop off in Dublin, kiss the Blarney Stone in Cork, explore the streets of Killarney, see the Cliffs of… Lima, The City of Kings, is a city full of history and cultural heritage. Travel around Lima and visit the great convent of San Francisco, a colonial gem that still today keeps all the treasures from the Spanish era.

India is a place which cultural and historical legacy is the landmark for the world. Each and every city is sparking the beauty of glorious Indian past. This is the land of Kings and maharaja, opulent palaces, magnificent forts, ornamental havalies, blossom gardens, crystalline beaches, pristine backwaters, authenticated churches and entertaining folk events. People from all over the world come here to celebrate their best moment of life. India is the only land where you can see the great…

According to Skytrax'sannual survey of the world's airlines in 2010 and 2011. Hong Kong - based Dragonair is the internationally - recognized besr regional operator. The airline will operate direct flight to Yangon as of Jasnuary, 2013.

The airline will operate Hong Kong - Yangon and Yangon-Hong Kong flights. The departure and arrival time for…

Useful tips when traveling in Vietnam

Heading off to Vietnam, I really had no idea what to expect. I had browsed a guidebook or two and spent some time reading about Sherry Ott’s experience of living in Vietnam, but like any destination, you have to really be in Vietnam to learn its idiosyncrasies.

I traveled to Vietnam in late August and early…

This weekend the port city of Limón kicked off its annual Carnival festivities, a 12-day Caribbean street party celebrating the kaleidoscope of cultures on…

Exotic Churches a Fascinating Part of Travel to Bulgaria

When you think of travel to Bulgaria, what comes to mind first? For me, one of the cool things about visiting this fetching little Balkan country is its touches of exoticism, part of an ancient cultural heritage that stretches back to 5,000 BC, and which I find most noticeable in its Eastern Orthodox churches. As with…