Summertime…perfect for luxuriating with some real iced tea! But before you reach for that canister of powder loaded with sugar or grab a supersize cup from a conglomerate chain outlet, I would like to make a recommendation…Kusmi…teas that I found to be extraordinarily fresh and flavorful. I tried out Kusmi’s selection of 12…

Some of the Wondrous Highlights of India's Kerala

Small yet beautiful, Kerala is a wondrous land in India. Best known for its exotic backwaters, appealing hill stations, arousing beaches, spiritual temples, etc, it is truly blessed with all natural splendors. Being one of the most enchanting tourist destinations of south India, it presents a feast for people of all ages. The best way in which a tourist can explore this stupefying place is by opting Kerala Tours. It will take you to the most captivating destinations of this…

In and around Costa Rica’s Playa Santa Teresa, it’s all about the adventure.

To start with, it’s an adventure…

Goa, the tropical paradise, is an internationally eminent India holidays destination that incorporates almost all of the enthralling natural wonders and beautifies the holidays of its esteemed visitors. With enchantingly beautiful geographical setting Goa has been sanctified with amazing natural marvels. Goa’s striking terrain is drenched in divine natural beauty which makes it the most alluring state of India and also the…

What will you do if your cruise is canceled in Halong Bay! 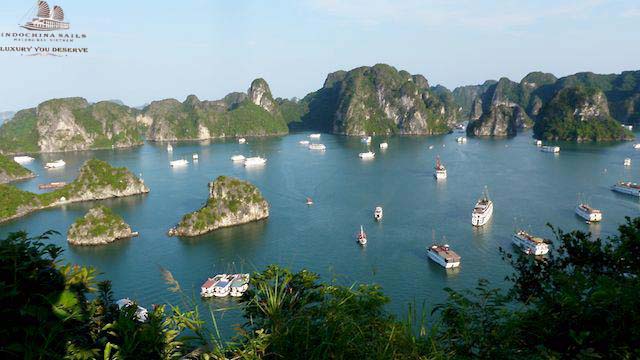 You’ve got a good deal and now are dreaming about an interesting trip with beautiful cabin, delicious food, friendly staff waiting for you in Halong Bay, Vietnam. You’ll be relaxing on the sundeck while the boat cruises around the rising islands in the fresh air and quiet atmosphere.

The Caribbean Coast of Costa Rica counts many superb sights and attractions. You have the canals and sea turtle nesting beaches of the…

For many, Labor Day Weekend is an opportunity to take advantage of great shopping discounts.  Bargain hunters looking for a deal in downtown Galveston are in luck!  A number of attractions and shops will be offering generous discounts for the holiday weekend.

Visitors can find out about downtown bargains by visiting the Galveston Chamber of Commerce at the corner of 23rd Street and Mechanic.  The chamber will be open to visitors on Labor Day from Noon to 5 p.m. to help lead…

I recently went on my first-ever transatlantic cruise. I've been to Europe more than a handfull of times but I'd always flown there in the past. I learned something about myself on this trip: cruising is much more my style. We were on a Norwegian Cruise Line ship and it was a remarkable way to kick off our …

Taj Mahal, the symbol of eternal love, is an architectural marvel. It is a precious gift to the monumental legacy of the world built in the 17th century. The glorifying history of Taj Mahal’s construction is truly surprising.

Significance - One of the Seven Wonders of the…

Prized for its unbothered natural beauty, gracious hospitality and secluded worlds-away appeal, Little St. Simons Island is a private barrier island just off the Georgia coast. The natural world presides here across 10,000 intrusion-free acres of maritime forests and marshlands, enjoyed by no more than 32 overnight guests at a time. Seven miles of shell-strewn beaches and energizing outdoor activities beckon guests to explore and discover. Accessible only by boat, this extraordinary natural…

When New Media Travel spoke to the owners of 40 Putney Road, a Brattelboro, Vermont,  B&B,  we were curious about  how this new brand of innkeepers was using social media to build a loyal client base.
Inn owner Tim Brady said…

The 55 Best Travel and Adventure Themed Movies of All Time!

There are a lot of “Best Travel Movie” lists out there on the web. And there are a lot of epic travel movies to love. So, I wrote an in-depth list (just published on World on a Fork) outlining some (55 and counting) favorites from a lifetime of love film meets love travel. And because Tripatini-ers are experts as well - I would love your feedback!  Drop me a comment there or here, and I'll incorporate your suggestion…

What Are 'Riggies'? Find Out at the Savoy Restaurant in Rome, New York Riggies are a local culinary treat in the Rome, New York area.  Rome is located in Oneida County in the heart of New York State where vacationers have been enjoying themselves for more than 100 years. The Savoy is a local favorite but many patrons travel out of their way to savored riggies at the Savoy Restaurant where they have been serving great food for more than…

If you have ever seen a classical Chinese painting, it is likely that you have seen a depiction of Mount Huangshan. Made famous by the many poets and painters who favored it above all other mountains, Huangshan is a mystical experience even today.

Visitors to Huangshan can choose between a backbreaking climb up thousands of stairs or a quick cable car to the summit. In total, Huangshan has nearly 60,000 steps carved into the side of the mountain. Some of these steps are more than…

The Marwari Circuit of the Shekhawati Region in India's Rajasthan Geographically, Rajasthan comprises of two distinct regions divided by the Aravalli range running northeast to southwest, emerging from Delhi. Marwar, Jaisalmer and Bikaner are situated in the western parts which are marked by aridity of shifting sand hills, the major portion of the Thar Desert. The other side of the Aravalli range is blessed with dense forests and fertile…

Did you know that kids have an actual right to play?

Article 31 of the International Convention on the Rights of the Child states that “… the right of the child to rest and leisure, to engage in play and recreational activities appropriate to the age of the child and to participate freely in…

Seniors on the Move: Spanish Language School for the Single Female
When I chose to become single again at age 54, I also chose to live my life to the fullest and decided to…
Continue 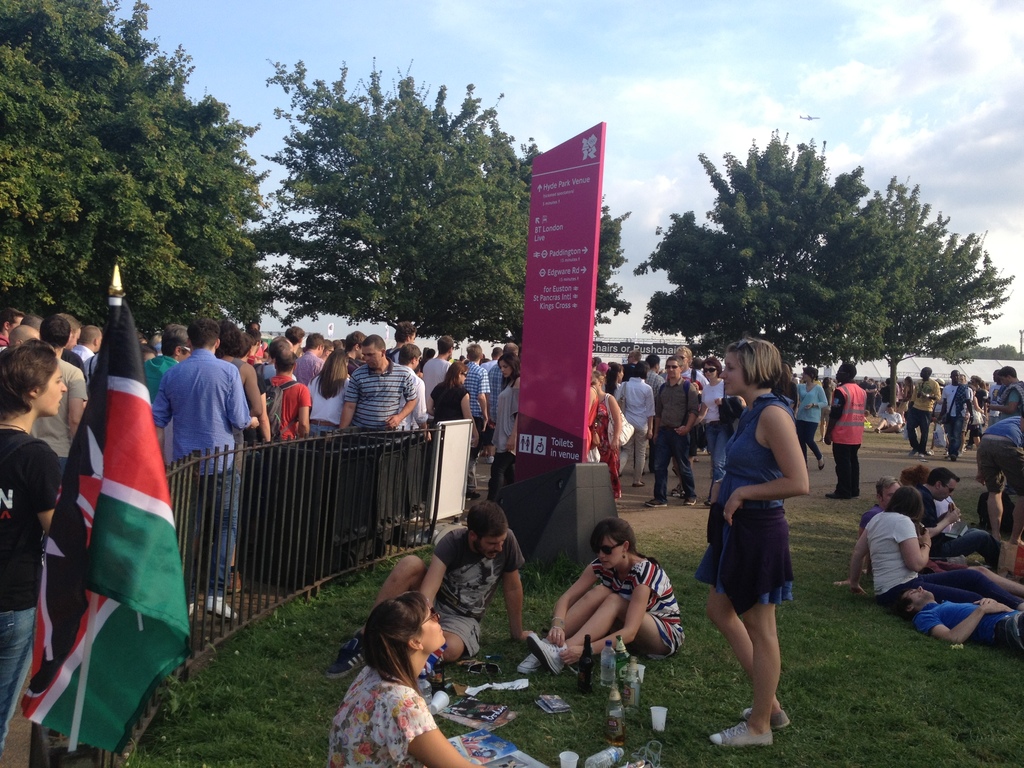 Londoners suffered collective withdrawal symptoms when the Olympic Games ended on August 11 and are now hoping to recapture some of the drama and excitement when the Paralympics  begin  on 29 August. This is a good time to reflect on what the Games achieved and whether this fervour can be replicated. 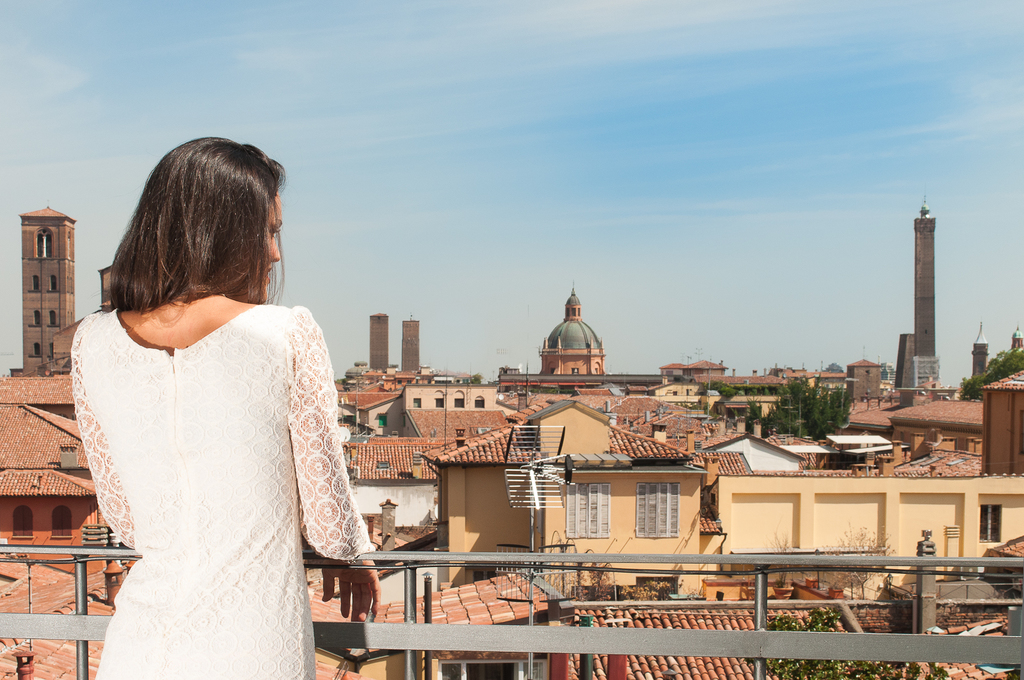 I've been at Hotel Touring, a Bologna 3 star hotel, and I found the best place to be!

The roof top patio is one of the best features of Touring and of Bologna; you get a panorama view of Bologna while being able to relax and enjoy food and wine. Just typical, don't ask for a Coke…

The dead are walking at October’s Music Nite on The Strand!  Zombiephiles of all ages are encouraged to invade Saengerfest Park from 6 p.m. to 10 p.m. on Saturday, October 13.  Flash the Robot DJ and Come See My Dead Person will wake the dead with lively music.  In addition to the dance party, the event will feature fire jugglers, zombie makeup artists, and other haunting surprises.