http://www.goingonadventures.com/2011/08/san-antonio-features-art-exhibits.html Enjoy various forms of art on exhibit this fall in San Antonio.

Find out what the Top 10 Travel Must-Haves are!  http://www.timesharehotlist.com/blog/?p=911

Most important if you have clients or you…

Inn by the Sea: Fall on Cape Elizabeth, Maine How can we describe a honeymoon? There are some many words and ways to describe it, some people say is the most romantic experience of their lives, some others say is a holiday taken by the ¨just married¨ couples; the perfect chance to escape from everything and take a vacation. At the end of the day, it really does not matter how everyone describe it, the important part is that any couple would not want to miss this experience.…

Country of the rising Sun

Japan is one of the most magnificant and fascinating countries: http://tours-tv.com/en/japan

Japanese landscapes are even more beautiful than it is on Japanese paintings. The distinctive ancient country will charm visitors in any time of the year. … 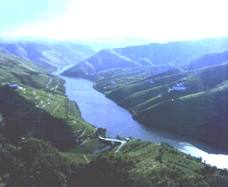 The Port Wine Trail begins in the only place legally  authentic Port can begin, in  Oporto, Portugal’s second-largest city, and a three and a half hour train ride north from Lisbon.

More importantly, it’s  the gateway to the…

- You will visit / explore Arba Minch which is surrounded by Rift Valley Lakes, Lake Abaya to the north and Lake Chamo to the south.

In Arba Minch there are 40 springs…

Whether travelling locally or abroad.  It is wise to best check the path of any severe weather.  While such storms can be an annoyance causing delays, flight cancellations, and trip deviations, they can be much worse.  I have travelled with some that  say that "It is nothing.", or "I've been through it before."  But it is always worse than they care to admit.  Others seek danger and look to stare the hurricane in its face-  tempting it, taunting it, daring it to harm…

Lobe Waterfalls are known as one the waterfalls falling directly to the sea. Well it is funny definition. Waterfalls are nice more cascades than classic water fall. Local people are taking shower here, washing clothes. It is their water source. I watch the scenery which is full of green color by surrounding forest. Small birds, fishermen. Idyllic spot.I want to take tour on the… Continue

Spain is an eclectic and beautiful country. Spain was ruled from 1939 to 1975 by Dictator Francisco Franco. This regime wanted to unify Spain and outlaw regional languages and promoting the Roman Catholic Church. He also wanted to cut off Spain from other countries. After his death in 1975, King Juan Carlos 1 returned to democracy. So began a night culture called La Movida and artistic expressions including music, art and fun.

The currency in Spain is the Euro.

Sundarban National Park is formed by confluence of three rivers-the Ganga, the Brahmaputra and the Meghna which covers an area of 2585 sq km wildlife sanctuary which is extended into Bangladesh too. The Indian Sundarban forms the largest tiger reserve and national park in India. This wild life sanctuary is the world’s largest estuarine sanctuary which is really worth visiting. The forest of this sanctuary is dense and comprises of about…

India is a magnified country with numerous things to explore. But it is not possible to cover the whole country or all best places in a short tour, you will be glad to know that there are numerous places to explore in every state where you can spend your weekend. Wild life sanctuaries are one of the major attractions among the tourist. Ranthambore National Park is the one of the most visited tiger reserve of India which offers a… 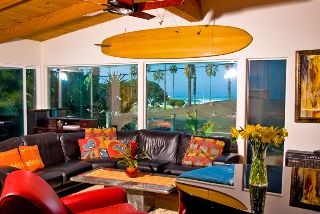 It’s no surprise that Southern California’s surf lifestyle is evident throughout this family home on Paseo del Ocaso in La Jolla Shores. The owner is the founder of Rusty Clothing, the “surfer gear” that has become popular around the world.
Bob Skoldberg…
Continue