Forget The Mint: Fairmont Offers An iPad in Every Room

Travel Blog Show for Beginners and Pros at THETRADESHOW

If you're not yet blogging about your travel adventures, you should be. Who better than you to let people know about the creamiest gelato in Rome, the best surfing beach in Baja, or the ways you save money visiting Southeast Asia? After all, when people are planning a trip, they want to know what real travelers have experienced, not just what the guidebooks tell them a place "should" be like. Travelers today are getting information from hundreds… Continue

Who Took The "Sexy" Out Of Hotel Stays?


In search of romantic couples or at least couples seeking a sexy stay, hotels promoted “intimacy kits” in their mini bars… Continue

So Just How Epic Is NCL's Newest Cruise Ship?

For weeks if not months now, I’ve been driving past huge signs blaring, “MIAMI-DADE WELCOMES NORWEGIAN EPIC” — and let’s not even talk about the barrage of radio and print ads of what was sounding like The Innovative Cruise Ship Phenomenon of the…

Miami's Mexican Invasion (of Restaurants, That Is)

Mexican cuisine may be one of America's favorite "ethnics," and Miami may be the single most Latino city in the United States (not to mention an increasingly foodie town in many ways) -- but until recently, Miami has sucked soggy jalapeños when it came to high-quality, authentic fare from the land of tacos and tequila. 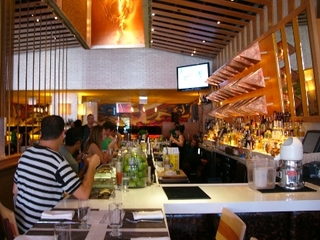 Instead, we had to make do with the same chains the rest of the country does: Baja Fresh, Chipotle Grill, Qdoba, On the Border, yada yada, along with an also… Continue

Where The Oil Is And Is Not, And How Can You Tell?


Where The Oil Is And Is Not, And How Can You Tell?

It's as much a matter of perception as it is of oil.… Continue 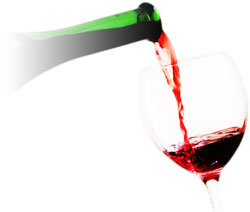 There’s nothing better than good wine. Then again, there’s really nothing more inspiring than great art. But if you think about it, what could be better than an amazing hotel near the beach and amazing places to eat? Luckily, in my search for the most unique wine venues in America, I got to experience it all in Laguna Beach, California.…

Maria the Diva in Ecuador

On their quest to find out more about the birds of Ecuador, Adios Adventure Travel arranged for the Virginia Beach
Friends School 4th & 5th grade girls get up at 4 am to arrive at
the La Paz reserve, near Mindo, Ecuador, just to see the famous Andean Cock of the Rock. After glimpsing the
colorfully red bird, they continued their march through the jungle where
they saw an even more rare bird, the
giant antpitta… Continue

The good guys are volunteering and working overtime to undo the damage of the BP oil spill, the worst environmental disaster US history. Beware of frauds. The bad guys are out there scamming instead of… 
You won't hear the auctioneer's gavel drop, but if your winning bid is accepted, you could find yourself in luxury holiday digs in the US, Europe, Morocco, or wherever luxury properties are found and coveted.

And you won't even know where the place is until the auction is over, although there'll be plenty of visual and text… Continue

Natural Ways to Clean up the Gulf 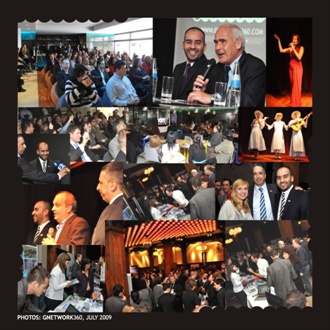 In South America July usually signifies the cold of winter, but in Buenos Aires from July 21st to 23rd the temperature will heat up when hundreds of LGBT tourism industry professionals gather together for the third annual GNETWORK 360 conference. This important award-winning FREE…

Luxury Hotels to Lust After

The editorial team at Travel Intelligence loves a truly decadent luxury hotel. With that in mind, we've picked out some of our favourite global boltholes, with the sole purpose of inspiring hotel lust in all you lucky readers...

One& Only Reethi Rah, Maldives… Ku hoe he’e nalu: To stand, to paddle, to surf a wave. You can turn the faucet on, but whoever controls the water determines the flow. Or even if they'll be any water.

So, the 700 million dollar acquisition deal that that Google and Cambridge, MA-based ITA Software Inc., just inked, is very worrisome to Kayak, Orbitz, Trip Advisor, Expedia and any on line travel… Continue

"All day the air rings with cries of “awesome’’ and “cool.’’ I have the feeling something transformative has happened, beyond what Universal expected. ... "

For our Spanish language colleagues and friends, our 1 minute, sound rich Travel Video PostCard on Kerry, Ireland in Spanish

Ghana: Home to the Black Stars, But Also Much More Than That! 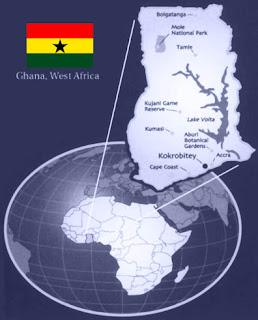 After dispatching the USA in their last game of the World Cup, Ghana are due to make history as only the fourth African team to reach the quarter final when they face Uruguay tonight. Ghana has already done better than four…
Continue

The last thing in the… Continue