Guide to the Cruise Vacation by Steven B. Stern

To view my cruise guide and recent blogs on cruise ships go to my web stite: www.stevensterntravel.com

An Introduction to Croatia

The ‘pearl of the Adriatic’, Croatia is a magnetic fusion of trendy bars and buzzing nightlife amid ancient ruins. It is a fascinating country with 1778km of coastline, a glistening sea winds around rocky coves, lapping at pine-fringed beaches. Stay in a private beach home amidst the roman ruins! Croatia…

JAMBO! With this friendly greeting we welcome you to Kenya, a beautiful land of

Contrasts. We have outlined the following programme for your pleasure. THE WILDEBEEST MIGRATION WITH A VIEW OF THE PINK FLAMINGOES

The best World Wide swimmers were in Setúbal for the FINA Setúbal Bay 10 km World Cup. The competition were last 18 June 2011 and the winners were : Spyridon Gianniotis ( from Greece ) and Angela Maurer ( Germany ).…

“Conserving a Vanishing Way of Life”

“Conserving a Vanishing Way of Life”

The journey of Mantis began back in 1992 and was founded by its current chairman Adrian Gardiner. Although the group existed during those years, the name, “Mantis” was only conceived in the year 2000. The name stems from the Praying Mantis, a tiny insect with an uncanny ability to survive in even the harshest conditions by having the utmost respect for its…

Nairobi: There's Something Wrong With My Face

The following day was our last day with Jane before we left for the weekend to Whistling Thorns, and then on to begin another of the arrangements we’d made before we left, a monthlong internship at Pamoja Trust. It was to be a day of pottering about, writing emails, uploading photos and just not much. I was really looking forward to it.

Up until around 2pm, everything went according to (no)…

Adventure Tour or Beach Break this Summer in Thailand

Well time flies, it’s almost mid-summer, if you are likely to pack up for a summer break then let’s go. Whether you are an adventure lover, like to have fun in the serenity of waves on the beach or enjoy the blend of both, pack your bag and head towards Thailand, the most popular vacation spot among tourists all over the world.

Thailand is absolutely good choice for summer breaks, where you can take your family, chill out with friends or spend some spare moments of intimacy…

Note to Airlines: Skip the Flight, Just Charge for The Bags Note to Airlines: Skip the Flight, Just Charge for The Bags

Absurd as it may seems, it's very possible the airlines are making more money on the persistent and aggressive fees they're charging than on ticket sales.

A recent report from the Department of Transportation reveals that in 2010,… Continue

Costa Rica is a very popular touristic destination within the Americas and the world. During the past few years it has been gaining important spots in different markets, thanks to all the richness and beauty offered by the country. 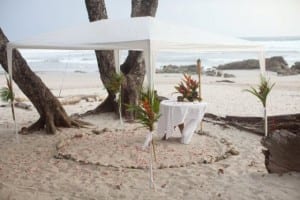 This popularity has increased in specific markets, for example, the weddings and honeymoon tourism, which is focused mainly on… Continue

Jane, who runs our guesthouse, is one of four directors of an orphanage in Githurai, one of the few stone buildings on the edge of one of Nairobi’s 183 slums. Thursday was her visiting day and she was happy to take us along. We arrived just in time for a bible reading, which was weird because only the previous day, I’d told Alex I’d like to go to one. I’m not religious, and don’t believe in God, which is not…

No, I did not spell the title wrong. I made the word up to define a new philosophy in travel.

The real word is Vagabonding. Vagabonding has a new guru. His name is Rolf Potts. In his book, called not surprisingly Vagabonding, he defines vagabonding as “The act of leaving behind the orderly world to travel independently for an extended period of time.” And “A deliberate way of living that makes freedom to travel possible”.

The book does a fine job of advocating vagabonding as an…

Those who know anything about this ancient corner of southwest England love its craggy, traditional flavor -- with twee villages like Boscastle, medieval castles and ruins like Tintagel, and ubiquitous pasties (turnovers). Oh, and let's not forget The Pirates of Penzance, Daphne du Maurier's Rebecca, Cornish game hens and clotted cream. But eco-friendly designer hotels? Over in Watergate Bay, just up the hill from Jamie Oliver's… Continue

The words ‘slum’ and ‘poverty’ are well used. Maybe you’ve read Shantaram, which some say romanticises these terms. Trying to tread the line between, on the one hand, outright horror and on the other, sheer awe at the spirit of human nature to exist, it’s impossible to say that, up close, it isn’t everything you’d expect, and worse, without also saying how much more to it there is than just squalor and…

“Donors don't give to institutions. They invest in ideas and people in whom they believe.” - G.T. Smith. Volunteering abroad can be expensive to the individual; most people use their own money to cover expenses while they volunteer in a foreign country. Especially, if you want to volunteer and you are either in high school or college, with no source of income. To decrease financial burdens on yourself, you can carry out some fundraising campaigns maybe from organizations or…

In the summertime, especially, whole Europe vibrates with the rhythm of the music events sic this summer with more festivals than ever. Many are huge, other still small and intimate with green grass instead of mud. Check out our list and hurry to plan trips! …

Being at the park in time for sunrise was my bright idea, but I was alright once I was in the shower. It was still dark when we arrived at the park, and Francis was annoyed that by the time the gates were open to let us in, the sun had risen well into the sky. But in fact, the timing was perfect. There was enough light for photos, and everything was bathed in a warm, golden glow and a silky cloak of early…

Dominica, The Nature Island of the Caribbean

The other day I stumbled on some guest visiting Dominica for the first time. They were so delighted because of the things they had already done over the past few days.  They commented on the richness of the island. Its unique black sand beaches, numerous rivers lakes and waterfall the abundance of fresh water on such a small island is unbelievable. They had only been there for 5 days and had done a lot they visited the north the south the east the west and thought they had done it…

At the outset, we would like to introduce ourselves – Travelchacha – a Site to book Airline tickets– both India Flights and international airfare, Railway tickets, Hotels Honeymoon Destinations and a host of other services.

No matter, to which part of the world you are planning to visit.…