Maybe I won't have to travel… Continue

I am always on the lookout for unique up-and-coming wine regions that present an interesting story and a 2-7 day destination of food, wine, and fun. For heaven sakes, there must be a wine-life beyond Napa and Sonoma, and the Champagne region of France. Been there done that. So begins my search for fun, funky, deserving-of-press wine regions through the Wine Trippin’ series. First stop – the mid-coast wineries near Rockland, Maine.


Rockland can be a challenge to get to, but that…

Send us a postcard or leave us a tip as a comment!

We here in Quito and trying to keep in touch with all those people that we have met at The Secret Garden Hostel, Finn McCool's and Uncle Ho's in the Mariscal, and Lead-Adventures, Hostel Tiana, and The Surf Shak.. Working with those travelling around South America is great but it gets to be a drag when you don't here… Continue 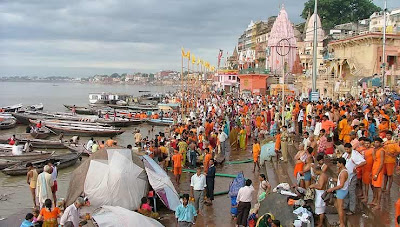 Varanasi… one of the most ancient inhabited cities of the world is also the oldest living city of the world. Varanasi is considered to be India's religious and spiritual…

A New friend with two hostels in the Andes, Last Minute Galapagos cruises, and more information than your average guidebook!

Through working at the Secret Garden Hostel in Quito I learned a lot about the people who make up the places and activities that Ecuador has to offer. The Galapagos is the bread winner for those who try and make a living while keeping a healthy perspective about the way they are living.… 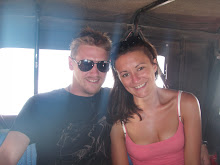 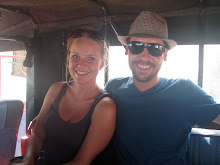 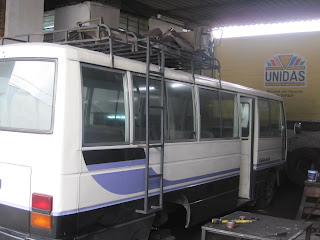 I recently met three people travelling from Columbia that came to Ecuador with a mission. To buy a bus! After meeting them at the Secret Garden Hostal i was a little skeptical at first. They had just come from Columbia after working the season in Colorado as bartenders. They met the third in thier… 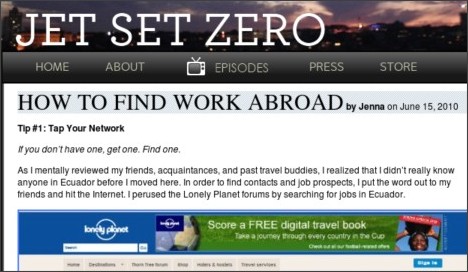 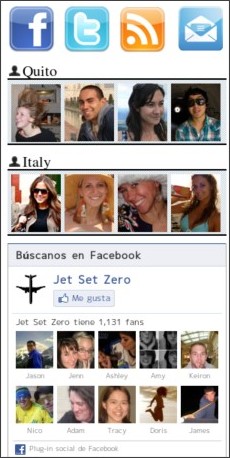 A few weeks ago I met a woman named Jenna who is from Los Angeles and in town for three months working for an online tv show about living and working in Quito with her three roomates. The Show, Jet Set Zero, has had five other…

If you’re headed up Argilla Road north of downtown Ispwich, you’ll get the distinct feeling that you’re heading into more remote surroundings of rolling farm fields, and wooded glens. One pastoral gem that you simply can’t miss is Russell Orchards. Only about 5 minutes from Crane Beach, you’ll see a wood shaked barn to your right and once inside, it’s apparent that this is the real deal…not some knock off built within the… I’m what you might call a pretty casual Harry Potter fan. I read the first book and saw most (not sure if all) of the seven movies with varying degrees of pleasure. But visiting “The Wizarding World of Harry Potter,” the long-awaited theme-park-within-a-theme-park at Universal’s Islands of Adventure after its official opening this past Friday in Orlando, Florida, I found myself awash in a sweaty sea of Potterphiles — many presumably so devoted to J.K. Rowling’s creation that they’ve… Continue

How To Be A Perfect Packer And Avoid Airline Baggage Fees

How To Be A "Perfect Packer" And Avoid Airline Baggage… Continue

The Cayman Islands have come up with a popular, value-driven, summer program for families that’s fun and educational.
Appropriately dubbed the Cayman Summer Splash package, the program runs until September 6 and features a weekly appearance of everyone’s favorite squishy hero, Nickelodeon’s own SpongeBob SquarePants.
The highlights of the Summer… Continue

And when you're not drinking whisky, what else can you do in Valais?

Once again it may appear that all M. and I do is consume large amounts of alcohol when we go away for the weekend. So besides visiting Swhisky, what else can you do in the region of Ardon and where can you stay to get to it all?

This Bed ‘n’ Breakfast has earned every one of its four stars. Rarely have I stayed somewhere where the owners have paid such close attention to…

Having a Crappy Day? Check out the National Toilet Map.

Okay, so you’re travelling and you gotta go. So you whip out your Blackberry or your cell phone, access your mobile browser and voila, you’re on your way to relief courtesy of MizPee.com who provides information on public toilet locations across the U.S., Canada, and Europe.

Or, if you're visiting Australia, check out their National Public Toilet Map - an impressive list of over 14,000… Continue

The Art of Europe

When one thinks of Europe, one tends to think of art. With its plethora of offerings including historical sites, museums, and even art galleries, the choices are truly endless.

Students in the Art History program at University of Redlands, a top Southern California university, spend time exploring the classics through studying the paintings and sculptures found in museums like the Louvre in Paris,…

P'Ardon? They make whisky in Switzerland?

Visitors associate Switzerland with whisky, about as easily as they would Italy with poppadums. But one small enterprise, is now putting Swiss whisky or ‘Swhisky’ on the international map.…

The view from the bottom... is never the same as from the top

Top 10 things to do on a Maldivian Island