For Your Grand Event, Choose One of the Best Banquet Halls in Bangalore

Bangalore, the capital of Karnataka, is known for having a pleasant climate throughout the year. Hence, it is perfect for playing host to parties and events all year round. Not just Bangaloreans, but also people from surrounding cities, in fact, all over India come down to Bangalore specially for hosting events here, such as general meetings, training sessions, company offsites, weddings, birthdays and anniversaries. All on a grand scale! And for catering to this very demand, there are… 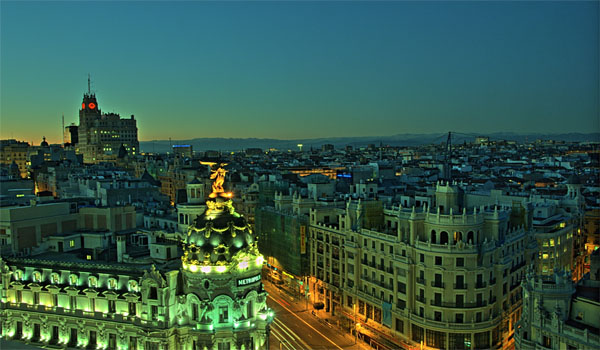 Madrid, one of the most beautiful city in the world characterized by intense cultural and artistic activity, delicious cuisine and legendary nightlife. Book an apartment with…

Matt Moniz was Born on February 1998, son of Michael Moniz. He is going to attempt to climb The Mount Everst. He is coming to Nepal on April 13, 2014 to being his dream expedition.

He had climbed to the Everest Base Camp as his first ever experience with hiking and scaling a mountain, In 2007. After that, he has climbed several mountains becoming a youngest person to reach such high mountains. He has also several mountains in Nepal and beyond.…

Things to do in Maui with Kids: Maui Sugar Cane Train

Ilha Grande is one of those places where anyone who loves nature, hiking, wild beaches, or anywhere far removed from the pollution, noise and commodities of a big city, will feel as though they’ve reached paradise. Located in the bay of the same name, in Rio de Janeiro State, it is a destination entirely disconnected from worldly…

Hoi An is a small town but the culinary is extremely rich. Walking around the town, you can enjoy most of its specialties. In spite of affection from Chinese and Japanese cuisine in the past, Hoi An people still find the…

Dakar:National Federation of Culture, Tourism and Transport of Cooperatives of India Limited expressed its pleasure and confidence in Sandeep Marwah President of Marwah Studios who has been on Chair for more than 20 national and international organizations to develop and extend relations with Democratic Republic of Senegal on his state visit to Senegal.
Sandeep Marwah has been out of a very few dignitaries who all have visited Senegal including Sardar Swarn Singh, Minister of External…

To welcome the wonderful and relaxing summer 2014, from 1st April to 30th Sep, 2014, Hanoi Imperial Hotel- the three star hotel near Hoan Kiem Lake offers massive discount on packages. Take advantage of our special offers, treat yourself  to stay in a leading three star hotel in Hanoi and enjoy benefits that are only applicable for this summer.

Hire a private car from Saigon to Vung Tau city

We provide private car of 7 seats (for 4 passengers + Luggage ) for transfer from Saigon to Vung Tau or Opposite ways,  Vung tau is some 130 and driving times can be 2 and half hours driving / one way.
Our drive will pick up at hotel in Saigon city and drop off at Vung Tau city ( your hotel/ home),

Set on a private stretch of North Falmouth's Old Silver Beach on Buzzards Bay, dune grasses and traditional shaked cottages weathered to a classic gray surround a community of 264 rooms spread across 8 buildings. From its 1927 origins as a summer playhouse to its recent emergence from a top-to-bottom $15 million renovation, Sea Crest…

Traveling around the globe is definitely an exciting experience because people can see different cultures, religions, traditions, races and weather conditions. Frequent travelers have been exposed to very many diverse things from all of the continents. The key reason why people travel around the globe is because they want to see how diverse the entire world in fact is and just how people reside in a different country.… Dakar: International media person Sandeep Marwah President of Marwah Studios has reached Dakar the capital of Senegal to develop and strengthen the ties between two countries in the field of art and Culture through films, television and media when Narendra Modi has constituted his new ministers at New Delhi as the 15th Prime Minister of the country of India.
Sandeep Marwah… 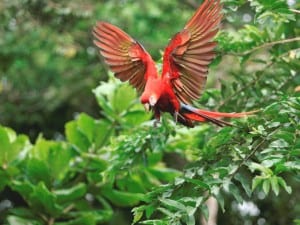 If you think bird-watching is, well, “for the birds”, then you haven’t traveled to…

May and June – the beginning of Costa Rica’s low season – are one of the best times for travel deals. The crowds have gone home. Refreshing afternoon rains…

How Do You Plan Your Trip to Walt Disney World? 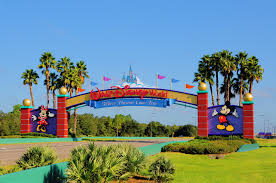 If you are planning for a Walt Disney World vacation, you seriously need to do some research. Planning is key to making the most of your time and budget to enjoy the amazing world of theme parks, entertainment, water parks, hotels, shopping and much more to add. Advance research work and planning help you to utilize your trip for maximum enjoyment in the Walt Disney World. So…

Hotels near Ahmedabad railway station, which is, actually, only 3 kms away, make it easy for passengers to hone in on viable hospitality facilities without any loss of premium time.…
Continue

Travelers Can Locate Many Hotels near Chandigarh Railway Station

Chandigarh is a beautiful city that attracts people from various corners of the world. It is the capital of two Indian states, Haryana and Punjab and plays host to people from different walks of life, including politicians, students as well as corporate and media professionals. These travelers always look for comfortable accommodation, and facilities clubbed with pocket friendly tariffs for their stay in Chandigarh. And the hotels in Chandigarh come as easy rescue for the latter.  …

Lobuche Peak Climbing in Nepal ( 6119m – 18 days )
Lobuche peak is situated in eastern part of Nepal. It falls in Mahalangur range in Everest region. It is an attractive and well-liked trekking peak for the climbers looking for challenging and exciting peak climbing experience in Nepal as well as trekking experience. Lobuche peak provides a…

The islands, collectively known as the Maltese Islands, are a storehouse of information and enjoyment for any fan of history. Not only the oldest buildings of the world—the Prehistoric Temples of Malta—are located here. You will also find here the well-preserved medieval city Mdina, "City of…