Overseas Health Tourism if You Require a Lifestyle Change!

How much do you actually know about overseas health tourism? Health tourism is definitely not a new concept; in fact, it is an age old concept since people have been traveling for getting treatments ever since the notion of medical treatments for making people well actually took hold in somebody’s mind! Patients these days have been searching for health and medical options across the world for several different reasons such as some people are fed up of the…

Want to explore the diversity of India? No better way to experience India than covering a north south India tour package. Not only from geography point of view but you also get to experience the difference in culture and lifestyle. Therefore we have designed this northern & southern India tour which is an amalgamation of both these parts covering the highlights of tourist attractions in India. The places to visit in India are endless and every destination, every monument, every…

The article ‘India Hill Stations Tour Packages’ is based on the prime attraction of India – Hills Stations. It gives some generalized information about hill stations and discusses its natural splendor and attractions.

India has myriads of features which makes it stand apart from the rest of the world. It has been extensively wealthy in terms of tourist attractions. The place comprises natural as well…

I have been whale-watching a few times (always a joy) and visited Anacapa Island, but our recent Channel Islands Outfitter trip to Santa Cruz Island was one of the highlights of my travels. Kayaking in February may not have been the ideal month to choose, but we were well-prepared thanks to the helpful information on Channel Islands Outfitter’s website, including to dress warmly for the hour-long boat ride to Santa Cruz and to… If you are in Lima during the Holy Week (Semana Santa) you´ll have the chance to tour the 7 stations (or 14) as Jesuchrist did in the Via Crucis.

In Lima is a tradition to go out with friends or family walking through the streets of Lima in order to stay, for a few minutes, in different churches.

Kenya has 59 National Parks, Game Reserves, Marine National Parks and reserves which account for approximately eleven per cent of Kenya’s surface area. Proper management of the game sanctuaries is the hallmark of the country’s conservation measures and commitment to Eco-tourism. There are seven designated major tourist circuits as well as seven… In Spain as in much of Europe, church attendance may have waned of late and society modernized in many of its attitudes, but culturally it's still one of Europe’s most Catholic countries — perhaps never more so than during Easter week, a bigger deal here since the Middle Ages than in almost any other place in the world…  … The Apartment Service has launched the 5th edition of the Global Serviced Apartments Industry Report in February during the Business Travel Show in London, These reports…

Vietnam Visa Exemption : Only citizens of certain countries can visit Vietnam without an Entry Visa, specifically as follows:

welcome to nepal as we have a occasion and a special travel package with safe and reasonable cost .by my self i have been working in tourism sector since 1 years and now i will like to share my little experience with my friends and clients who are  interested about mountains and our traditions.

as i offer you all for 7 days trip in nepal would be grate to do annapurna ghorepani trek which is one of the best trekking route , esay,and safe.so by my self i… The two coastlines of Costa Rica – Caribbean and Pacific – are about as opposite as you can get in landscape and lifestyle – kind of like New York and California.

Most tourists to Costa Rica head west to the Pacific-coast beaches. It is the adventurer looking for the unique Costa Rica who chooses to explore the… 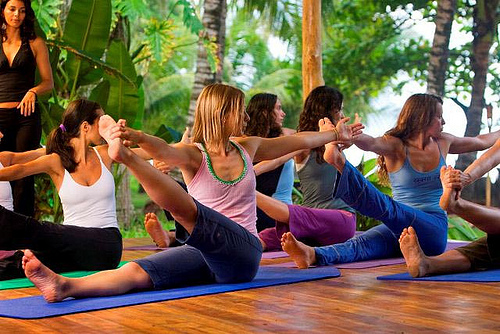 Yoga lovers will definitely not want to miss the National Yoga Festival in Costa Rica in April. 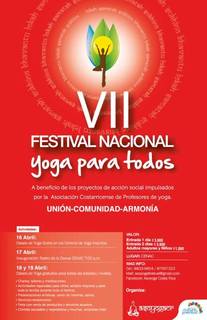 Polish Institute And ICMEI Will Work Together Noida Film City: The cultural office of Embassy of Poland -Polish Institute under the leadership of councellor will work together with the good office of International Chamber of Media And Entertainment Industry informed Ashok Tyagi Secretary General of ICMEI.
We are open for all collaborations, affiliations, associations with the country of Poland. We have already pass on… 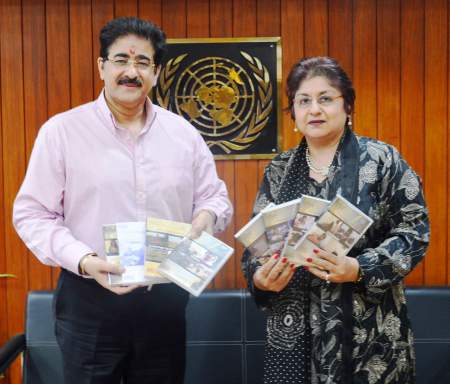 New Delhi: “Sandeep Marwah is an institution in himself. His involvement in social activities is worth praising be it a disability, environment, sports, health, drug issues, human resources” said Kiran Mehra Kerpelman Director of United Nation Information Centre for India and Bhutan accepting eight films from Marwah at UN office.
Sandeep Marwah has just completed eight…