The wedding day of Will and Kate is over, but the occasion is still very much alive in London.  Everywhere I go, people are talking about it...where they watched it, how lovely the dress was, how sad it was that Diana wasn't there to see it, how poised the young couple was, how wonderful it is for the country.  The shop windows are full of their congratulations, and the street parties carry on for another day.  …

Richard Branson Does It Again: Virgin America Is the Only Way to Fly in the U.S.

I had a wonderful opportunity of traveling in an airline that’s, well let’s just say different from the other leading airlines. I am talking about Sir Richard Branson’s well-thought out creation, Virgin America. So, what’s so different about Virgin America? Well, for one, the airplanes have a unique interior to them. It doesn’t feel like you’re entering into a regular airplane. The mood lighting throughout the airplane and the elegant seats add to the sleek interior.

With the permission of the Prime Minister, Danang has been honored as the host city to run the International Fireworks Competition every…

Greetings from Istanbul - Turkey. We are a Travel Agency & Tour Operator based in Istanbul - Turkey and and offer a wide range of services and tours. We have selection of tours for your guests who plan to visit Turkey. We are able to organize tours for any sized group and we have a range of tours to suit any time availability. We have been organizing all our tours for many years and the comfort and enjoyment of your guests is our number one priority and for this…

A great place for short day trips,such as this one.

Early morning departure from Hotel, for a full day tour visiting the beautiful royal “Taman Ayun Temple at Mengwi. Then drive up to the lovely Lake Beratan on the climbing and winding mountain road. At the picturesque mountain resort of Bedugul on the shores of the Lake Bratan with its cool and refreshing mountain atmosphere. Stop at the market of Bukit Muingsu, where…

Declared the first Egyptian National Park in 1983, Ras Mohamed is located at the southern tip of the Sinai peninsula. It occupies an area that has grown to 480 square kilometers. The park is notable for its sharply defined raised fossil coral platforms which represent ancient shorelines. Booking our trip, you will have the whole morning exploring the contrasting areas of the park, including beaches,…

Our tour leader picks you up from your hotel and takes you to Sharm El Sheikh dolphinella which has 3 nice dolphins making their daily show to watch their intelligence. Pick up from hotel in the afternoon, drive for 20 minutes to the Dolphin Show at the Hadabet Om El-Sid , drive back to the hotel after the show.

Have a nice oriental night with sound and light show about Egyptian Civilization, Belly dance show, Tannoura Show and folkloric dance show. Pick up from hotel in the evening, drive for 20 minutes to the Alf Laila wa Laila Show at the Hadabet Om El-Sid , drive back to the hotel after the show.

Join the funniest excursions under navies, through 18 panoramic hublots windows of 100 x 125 cm, you will be able to contemplate, film and photograph these wonders in a secure, comfortable atmosphere, seated in a movable circular armchair, The Seascop can welcome 34 passengers it allows for them to contemplate under all the angles, the coral reef, the colored fishes and abyss. Pick up from hotel as per…

Enjoy ridding the Arabian horses or camel in Sinai desert. Our tour leader will Pick you up from the hotel, drive for 20 minutes to the desert, ride for an hour,enjoy in the desert and see Bedouins , have the Bedouin tea then drive back to the hotel.

Our comfortable air conditioned buses and qualified Multi Lingual tour leaders going to pick you up from your hotel in Sharm El-Sheikh, drive to Wadi Mandar located around 30 KM away of Sharm El-Sheikh to enjoy a camel ride in Sinia desert, it will be a unforgetable experience in this area. You will ride a Camel for 30-40 minutes then you will be guided to a hightest point in the valley to…

Want to do something different? Take the family in quad biking across the Egyptian desert with sharmelsheikhexcursions.com for the ultimate adventure. It's an experience you'll never forget, and the best way to escape the crowds and explore the Sinai Desert! This 2.5-hour quad-biking excursion takes you riding across the sands at sunrise or sunset, when the amazing colors of the desert are revealed in… William and Kate’s Guide to London 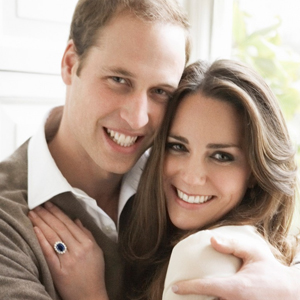 Navy Day will be celebrated in Setúbal at Portugal Dream Coast

The City of Setúbal will have another amazing event from 14th to 22nd May. The city will celebrate the arrival of the Vasco da Gama Armada to Celecute. Lots of activities during this 8 days in the city, we will describe some of the activities organized by Setúbal Municipality.

Casa da Baía will have an exposition of Portuguese Navy activities, where it will be possible to know more about operational, cultural and scientific areas of the institution.

Western Australia features the best places of interest in the nation. Year-round warm weather, spectacular shorelines, rich valleys, and also amazing deserts make this side of the nation really exceptional. This state is also famous for its sophisticated cities, hospitable people, and lively nightlife. For individuals that fancy a little bit of adventure, though, they can bypass Perth and head right to Kimberley and stay at any Broome accommodation.

Please go to the new BLOG SITE for the latest news, tidbits and travel tips

Finally there’s a Spanish wine that suits most palates.  Branded Tapeña, it’s a clever combination of the Spanish word Tapas (TAH-paz), foods to share, and peña, a slang word for a group of close friends.

The grape comes from the Tierra de Castilla region in the heart of Spain, an area that’s highly…

TREETOP LODGE IN ABERDARES;For the first time in the history of the world, a young girl climbed into a tree one day a Princess and after having what she described as her most thrilling experience she climbed down from the tree next day a Queen. That is queen Elizabeths story during her visit to Treetop hotel in 1952 when her father died while she was on safari in Kenya.

Yellowstone National Park is the most popular park in Montana attracting millions of visitors every month. The park is full of scenic beauty, science and has a long history. It is also the first national park in America that extends from Wyoming to Idaho and Montana. The park is popular for its varied wild life and eco systems. Its popularity is further enhanced with its geothermal features. The old faithful geyser is the best and most commonly visited place at the…