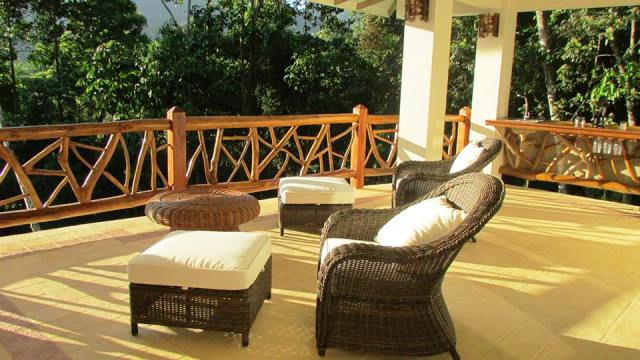 Time to get away from it all, but you want something different than the usual packed beaches and crowded hotels? What if I told you there was a tropical paradise of rainforest and beach with bright sunny days and warm balmy nights, and you could have it all to yourself? No crowds. Let’s face it; we all care about what we eat. So if visiting a remote jungle eco-lodge is in your plans, you might be wondering if mealtime will resemble a Mission Survive episode or be awesome.

With more than 2 million visitors last year to Costa Rica, more and more airlines are adding flights to the Central American tropical paradise. Get Ready for Coach Holidays to Disneyland Paris

The ultimate battle in Nature

Unique sightings when you travel to Africa

Luxury accommodation in Kolkata are surely an opulent escape

Kolkata, the state capital of West Bengal is India’s second biggest city and is known for its intellectual and cultural richness. The para and the adda culture is quite popular amongst the people of Kolkata. The royal colonial buildings across the city decked with Gothic, Roman, and Indo-Islamic themes adds to the beauty of this city. Kolkata boasts India's first trams, gramophones, telephone exchange and modern university. The cultural capital of India has given a wide number of writers,…

Luxury hotels in Goa are a perfect destination for holiday enthusiasts

Goa is the smallest state but the most favored tourist destinations in India. Expanded stretches of sandy beaches and scenic beauty of Goa attracts leisure as well as corporate travelers from all across the world. While North Goa is known for its famous sights, nightlife and water sports, South Goa offers you a complete escape from the urban mechanical life. Away from the hustle and bustle of daily busy life, amidst clear sea and plush green palms and sandy beaches, South Goa is a perfect…

Hotels in Kolkata are the Symbol of Generosity

People must have comfortable places to stay when they come for business or leisure trips, as relaxation becomes their primary aim. Cities and towns that offer premium accommodations witness a huge influx of tourists all round the year. The metro city of Kolkata presents plush business hotels in Kolkata and thus has visitors round the year. Whatever be the reason for travelling to this eastern part of India, the hotels in Kolkata with their warm, cordial staff and neat…

To avoid misunderstanding, Vietnamvisaprovider would like to let you know that, in order to get your Vietnam visa, you will have to pay two kinds of fees: Service fee and Stamping fee.

1. Service fee
Service fee is the fee you pay to us for doing all the paperwork for you to submit your Vietnam visa… Gurgoan: “Indian Film and television Industry is big enough to accommodate different awards to the industry people. This is the only award in India designed for broadcasting industry “ said Sandeep Marwah President International Chamber of Media And Entertainment Industry & Marwah Studio presenting prestigious 6th BCS Ratna Awards to awardees at Kingdom of Dreams,…

The Dining Offers from Restaurant in Delhi NCR

Restaurant offers with their discounted offers on  eatables and drinks is a marvelous delight for guest. No wonder the  restaurant business is thriving at a rapid pace, today. The trendy way  to order food online is amazing, as people can avail best deals and in a  quicker way. Hence, café, bistros, and restaurants today have a strong  web presence.

MARVELS OF THE MALDIVES 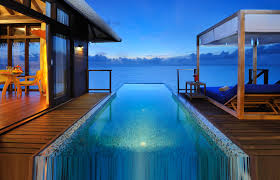 As I woke up after  a long journey  one early morning, I  heard  a symphony been played , the  waves slamming against the  rocks . I walked to a  large  window across the bed and  after trying  to open the drapes , when they finally  did to my amazement  I was looking over a magnificent blue/emerald ocean at the end of an infinity pool  on the deck of this  magnificent…

Santorini is a name of Italian origin, given by the Venetian merchants to Thira, an island loaded with history. With 73 square km and 1,800 registered inhabitants, the island is the ideal size for a weekend or long holiday weekend break. It's is situated in the extreme south of the archipelago of Cyclades, so it is possible to combine your…

MOMBASA AND THE CORAL COAST

The Kenya coast belt is a distinctive part of Kenya’s unrivaled attractions. It is integrated circuit whose history goes back to over one thousand years. It is home of the Miji Kenda civilization (the nine communities who inhabit the area) and whose dialects gave the basis of the Kiswahili language, Kenya’s…
Continue

Vacations in Gold Coast – Something for Everyone in Family

More than thousands of places are waiting on earth yet to get explored. But if you are still unable to zero down on a place for your vacation, this blog is made only for you. How about visiting Australia this time, with your family? If you are thinking about, which part of the island then Queensland is the target and the location is Gold Coast. Exited, aren’t you? There is something for every member in your family – water parks, serene beaches, natural beauty,…

Enlist Yourself in a Wellness Program for Utter Relaxation and Rejuvenation

In today’s age of complete and utter mayhem, when taking time out for yourself becomes an ordeal in itself, enlisting yourself in a wellness program is the only thing that can ensure you get to actually spend some time relaxing and rejuvenating. If you think about taking a few days off on your own then that might turn out to be a problem, but if you enroll in a wellness program, then you will absolutely have to… Noida Film City: “It was in 2004 when I was in Nanital and started this concept to clean India, being a foreigner people started following me and soon the people of hill station started believing in this idea” said Remco Van Santen from Australia.
“We followed the system and converted into an organized body, it caught on very well. We appointed Mrs Asia Pacific Dr. Udita… 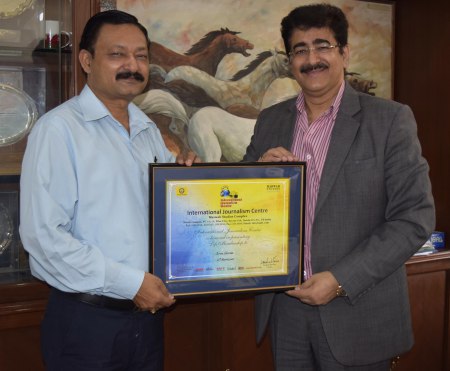 Cambodia is not a destination commonly known for its abundance of beautiful and exotic islands, that crown goes to Thailand and to some extent Vietnam. However, where visitors to the grand ruins of Angkor and other key sights in Cambodia were previously forced to traverse across the border to find island serenity, Cambodia now has its own rising…