Spain has several superb ski resorts with outstanding slopes, excellent facilities and most importantly of all, really great snow. Here we’ll be taking you on a mini-tour of some of the best ski resorts in Spain – and there are quite a few to choose from – to help you make up your mind.

UK Airport Departures Are Ever So Popular - Learn Why

The UK has a veritable tradition when it comes to travel by airplane. They have the biggest airport in Europe, Heathrow, which has also been named the best airport for families this year. This brings into the discussion an aspect which should be given more thought: UK airport departures are getting more and more popular as time goes by. Why so?

Well, for starters, everyone knows how hassling the whole experience of getting…

Flight Savings? How to In 3 Easy Steps

Air travel is necessary. As much as we would all love to drive around the world taking in all the sites, sometimes it is just too tedious and not to mention logistically improbable. But thanks to flying, we can simply get to our preferred destination and then just drive around there. But the thing about air travel is this, it is not cheap. Fares have been know to be sky high when it comes to air travel. That is unless you know how to get flight savings. Savvy travelers have found ways to,…

What do you do when you are lost the passport?

Before you think the worst situation, please be prepared to yourself to never encounter

- Always put your passport beside you. You can buy the bag which specializes in containing the passport. It’s also a safety cash box. If you put your passport in the backpacks, you should not be removed until come to the hotel

- Available 4 x 6 picture white background (those for passport) and absolutely no grip with the right passport to somewhere else. When you lose your passport, you will…

If anyone asked that - whether Hanoian or tourists who come to visit - something unique and impressive in Hanoi, the answer must be many things, and the things that have street florist .

Just looking at flower bicycles on Phan Dinh Phung St or Yen Phu St, you will know it is spring or autumn inHanoi. Hanoians who live far from the capital will deeply remember the…

The Vietnamese are in love with this thing called tea. They drink it everywhere and at any time: at formal meetings, after meals, at weddings and funerals.

They place it on altars as an offering to their ancestors…. Tea is sold commonly in quan coc- or street vendors - which can easily be found in front the gate of bus terminals, …

Discover through private and group tours the main attractions of Istanbul, Ephesus, Pamukkale, Antalya, Cappadocia, Gallipoli, Troy and many more with OneNation Travel Agency. Travel in comfort in luxury vehicles and…

10 yoga stretches to improve your surfing

As a surfer, wouldn’t you like to be able to surf for longer without getting tired, have more strength and flexibility and better balance, get a quicker pop-up, relax your breathing and sharpen your mental focus?

Yoga can help you do this. Pro…

Cruising the Coast of Vietnam 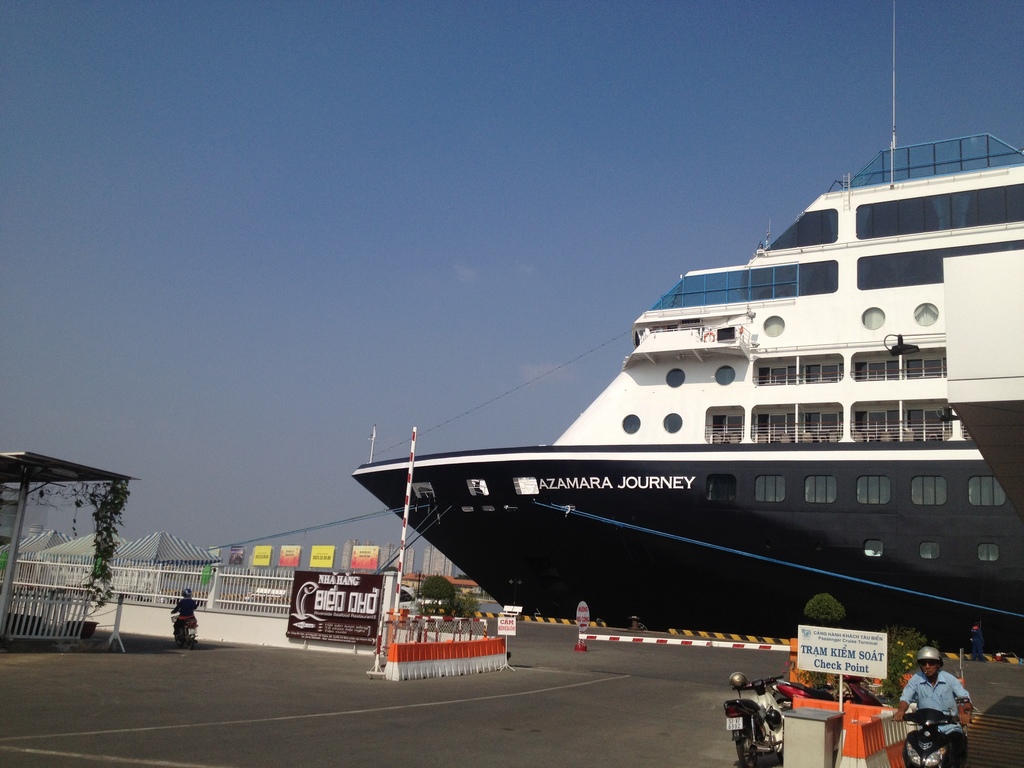 The Top Ten Reasons I Still Work In A Casino

Since I saw that Tripatini had a casino destinations group. I thought I would share a post from a blog my husband and I write called tablegamesconfessions.blogspot.com. We have been in the casino buisness for a very long time and if any one has any questions about casinos be sure and ask us. When I was younger and working at… I first met Arthur Frommer when he invited me to New York to be a guest on his television show. As a young travel entrepreneur, Mr. Frommer immediately made a lasting impression on me. Arthur Frommer treated me as an equal, as a colleague, asking me my opinions and even asked me what destinations I liked and…

Mountain biking is a sport which, as the name suggest, can only be enjoyed on specific terrains. As such, when you ride your bike on level ground, you are not mountain biking. Most mountain biking enthusiast know that in order for them to get the best out this sport, they require rough terrains, and what better place to enjoy this wonderful sport than in the Alps.

The fabulous city of Marrakech has rightly been called the “land of God”, which gets proved as soon as you thrash out in this beautiful hotspot. Plethora of spectacular attractions, artistic and worthwhile crafts and opulent ethnicity are merely a few of the magnificent instances which allege that Marrakech is truly a place sanctified by the Almighty. The second biggest metropolis of Morocco as well as its commercial center, this medieval-appearing site lures hundreds and thousands of…

Nowhere in Hanoi can you find such spacious and comfortable Family rooms like ones in Hanoi White Palace Hotel.
The room is extremely large with 25 sq.m, 1 or 2 very big natural windows bring light and fresh air for the room with view of Hanoi Old…