I really enjoyed Indochina Sails during my visit with family over the Christmas holidays. We weren't sure how Christmas on a junk would turn out, but I was blown away. We all agreed that the crew made it one of the most memorable Christmas' for us with the holiday decorations, wonderful service, cheerful music, and fantastic food.
If your cruising experience is limited to the megaships sailing around the carribean, be prepared for a…
Continue

Pick you up on arrival and transfer to the hotel, check in and free time at leisure on your own of exploration the city. Overnight Saigon

Early in the morning, we pick you up at your hotel and depart for cu chi tunnels. By 1965, 250 km of tunnels criss-crossed Cu Chi and…

I arrived early at the Mohegan Sun WineFest, right at the front door leading to the Grand Tasting Room before the first glass was even touched. I was on a mission. This year, with event program in hand, I committed myself to roughing out a game plan for the day ahead. With approximately 50 tasting tables…

Bounce Around Asia on Air Asia Want to visit Asia?  Book the cheapest ticket you can find. Try getting low season tickets to either Paris or London, spend a day or two, and then hop on Air Asia for about $400 to Bangkok.  Air Asia has been voted the best budget airline for several years in a row.  It is only 10 years old and growing fast.  Yes, it is a budget airline but they do it nicely. …

THE HIGHER THE PRICE FOR RHINOS’ HORNS, THE MORE ENDANGERED THEY BECOME

Rhinos in Africa are more at risk of being poached than any other kind of animal in the parks and this is so because of the increasing demand for the rhino’s horns.   He added that there is a very high price for the rhino’s horn in the modern-day market and I every kilogram is sold at about USD 5000 and yet just one rhinoceros horn can weigh about 4 kilograms.
Mr. Maige was speaking just after the international roundtable discussion that was…
Continue

Ngamba Island is a Chimpanzee Sanctuary which was set up in October 1998 to be a home for the young chimpanzees that  are left one their own after the death of the parents after they have been collected by  Uganda Wildlife Authority from different areas especially from national parks so that they can get proper care fro them to survive. There are so many of them which were saved…
Continue

El Mirador, hidden... yet not quite in Guatemala's jungle

Discover this gem, and yourself... even with kids !

Santa Teresa beach has become a very popular place during the past years. As it has been mentioned several times, beautiful beaches, great surf conditions, wide variety of yoga services, tropical gardens and nice vibe make it a favorite among the off the beaten path destinations. 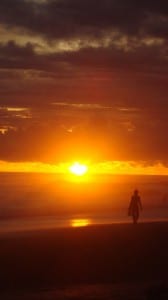 Even though, the trip to this area is quite long, after…

Balace your life with yoga!

Twisting yourself into a pretzel is what many people think of when they hear the word “yoga.” 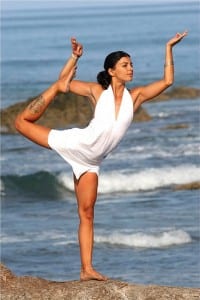 I remember the first time I visited Volcano Irazu. It was my first year living in Costa Rica. A friend of mine and I rented a car to drive around and explore this magical country we now called home. 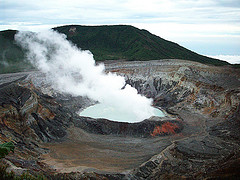 We set out in the morning from San Jose, a hot and bright sunny day. We drove through Costa Rica’s…

Lounging on a tropical beach is probably one of the all-time most popular daydreams.

Top Jobs That Will Keep You Traveling

If you're the kind of person that loves traveling and would like to get one of those jobs that keep you in an airplane, train, or car, think that there's much more to it than being a pilot or airline attendants. Nothing bad with these two jobs, but keep in mind…

The black Weaver, also known as the Spotted-backed Weaver or Black-headed Weaver is a species of bird found in much of sub-Saharan Africa. It has also been introduced to Hispaniola, Mauritius and Réunion. This often abundant…
Continue 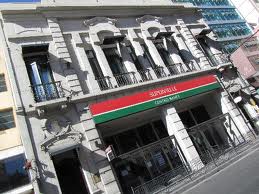 In the center of Argentina---about 700 km northwest of Buenos Aires---with a student population of more than 300,000, Cordoba is a bustling, gay-friendly city. With nearly 1.5 million people, and 3.2 million in the region, Cordoba still has a small town feel to it with a variety of neighbourhoods…

The Story of Spotted Deer in Uttrakhand India

A Uttarakhand roadways bus driver of Haridwar - Haldwani route saw a child of spotted deer. The driver grabbed his feets tied and just put in the toolbox of battery and brought with himself. Then suddenly someone informed the SOG Team of CTR. Late night on the arrival of the bus the team stopped the bus and took away the spotted deer child form the driver.

Chardham is very prominent Hindu Pilgrimage situated in the Indian state of Uttarakhand. Rightfully connoted as “Char Dham” meaning holy abode of four Gods, the four revered places include Gangotri, Yamnotri, Badrinath and Kedarnath. It’s a long cherished legend that a visit to Chardham will help you attain “Moksha” by freeing your soul from all worldly sins. Therefore Chardham Yatra is considered one of the most blessed one in India,…

We're Not Rude, So Stop Bothering Us! (A Greeting From New York City) I'm ashamed to say that I occasionally watch Live with Kelly in the morning (used to be Live with Regis and Kelly - you know what I'm talking about). This week Kelly reported that New York City was voted the number one rudest city in the U.S. What?! Us rude? I'm not a native New Yorker, but have lived here about twenty years, so I consider myself a New Yorker by default. I'm originally from the Southwest of the U.S., where people are so polite it's almost sickening. I almost dread…