Myanmar Tea Shop - Where Friends are Made

Just like British people love tea drinking, we Burmese people also have a penchant for tea. Teashops are an important and integral part of life in Myanmar.

As a foreigner who first arrives to Myanmar, you will be surprised to see so many teashops in Yangon and almost everywhere in Myanmar. The… Continue

How Do You Unpack After a Trip?

The most-viewed article on my website, SmartWomenTravelers.com is Top 7 Tips for Packing Your Suitcase. But unpacking my suitcase is actually a bigger chore than packing it! This got me thinking about the different ways that people unpack their suitcases.

Upon returning from a trip, my husband immediately (and I mean immediately!) opens up his luggage, gets his dirty clothes into the washer and totally… Continue

When you think of WIFI what comes to mind? Large cities, modern hotels, hotel lobbies in the city, airport lounge, coffee café and so on. It’s all about modern. In this world today almost everything if not all has gone online. Internet is everything. You can find almost all you need on the internet.This is what successful business is all about. …

Hanoi, the capital of Vietnam, is a city of lakes, shaded streets and verdant public parks. Come to Hanoi, you will have a chance to explore the rich cultural heritage with the Old Quarter, I'm very exciting to go around Old Quater by cyclo, walking in Old Quater to buy clothers( Hang Dao Street), some gifts, prominent delicious Vietnamese cuisine as well as other… Continue

Could Tourism Help Save Haiti?

The brouhaha that’s erupted in the past several days about the “questionable taste” of Royal Caribbean bringing its passengers to a leased beach at Labadee (aka Labadie), onHaiti‘s north coast, is a good example of the inevitable awkwardness in…

Why I fell in love with New York

Africa Cup of Nations: The story so far When writing my last blog I was anticipating the start of the Cup. Sadly the terrorist attack on the Togo team bus has overshadowed the competition; my thoughts go out to the family and friends of those who were attacked. Whilst I do not want to get too political in this blog I feel the need to question the negative comments towards Africa, especially comments from certain… Continue

I had a dream that it was already the end of 2010 and I was looking back at my year of travel. What I saw in my dream was a year where the travel industry really focused on female travelers.

I can feel the thick shampoo in my hair, the luxurious towels, a scent of lavender emanating from my plush pillow. I am healthier and fitter than I’ve ever been thanks to the Pilates and Yoga classes offered by hotels and the nutritional food enjoyed from hotel restaurants and mini-bars. I… Continue

African Cup of Nations: Kicking off a great year for African football 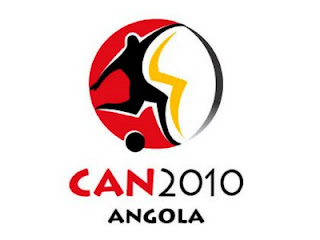 Happy New Year and welcome to the first WAD blog of 2010! As Tom mentioned…

Now is the time to buy cheap luxury holiday packages

Many tour operators offer cheap luxury holidays to multiple destinations. It is possible to find…

We've trusted our eyes our whole life, but once visiting Cambodia, we may start doubting them.

In front of Angkor Wat, one of the world's greatest achievements, we seem to be so tiny. Drops of the sunlight piece the ancient walls and bring people from the modern life back to the Empire of Kingdom Champa as well.Emerging from a violent past of human rights… Continue

The death of Thomas Paine 1737-1809. The most remarkable odyssey of this famous writer and his body

Thomas Paine died 200 years ago this year on Grove Street in New York City. He was a famous author, speaker, revolutionary. He made a lot of friends and enemies on his journey of life. His writing of Common Sense made such an impact on the 13 colonies during the early days of the American revolution.
His was a life of great of ups and downs. His life was one of great unrest where ever he seemed to be.
His thoughts on religion brought great attacks on him. Even Theodore Roosevelt… Continue

Should Economy class be re badged?

On the basis that First and Business class are the minority of the passengers on an airpline, I am fed up with the rest categorised as 'economy' or 'coach'. A more acceptable label for me is 'Standard class'. Airlines seem to be the only mode of transport where this type of segmentation occurs. Sorry about the rant.

My first annual travel quiz is up.

Test your travel knowledge and feel free to share it with others.