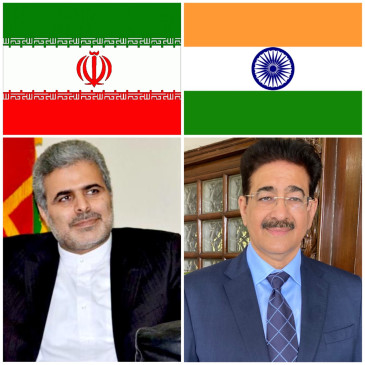 New Delhi: “I on behalf of ICMEI and complete media & entertainment industry and art & culture fraternity extend my heartiest congratulations to H.E. Dr. Ali Chageni Ambassador of Iran to India and people of Iran on the auspicious day of their National Day which falls on 11th February,” said Dr. Sandeep Marwah President of International Chamber of Media And Entertainment Industry.

India-Iran relations span centuries marked by meaningful interactions. The two countries shared a border till 1947 and share several common features in their language, culture and traditions. Both South Asia and the Persian Gulf have strong commercial, energy, cultural and people-to-people links.