Pets on the Go! 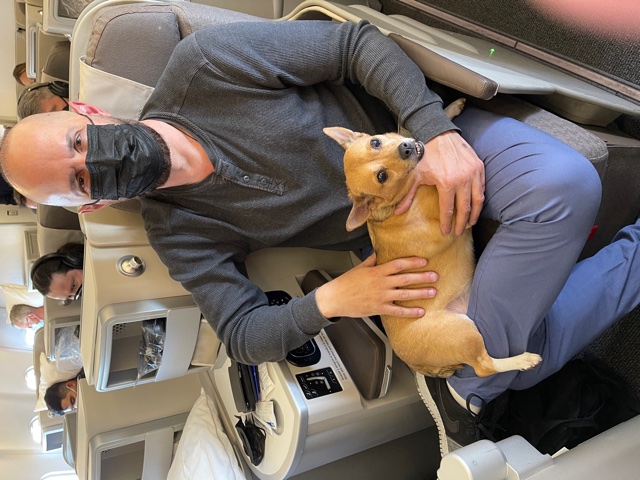 Though some carriers are keeping or even adding the use of waivers to allow certified pets to travel in airline cabins outside of portable carriers and without fees, the trend now seems to be toward doing away with them - limiting their travel to carriers for the smaller breeds or baggage holds for the rest, and charging inordinate sums for the privilege - with the most recent examples being Iberia and Air Canada (joining others including British Airways, Emirates, and most notable U.S. carriers such as Alaska, American, Delta, Frontier, Southwest, and United, after a Department of Transportation ruling at the end of last year). Admittedly there has been some abuse of the ESA system, but I have recently flown successfully with my rat-terrier mix Papito, and it’s hard to imagine keeping him zipped into a cramped carrier for a nine-hour flight. Very upset about this - especially re Iberia, as much of my travel with Papito is on this carrier between Madrid and New York/Miami. But under the seat he goes. :/