Tulip mania at Keukenhof in Holland 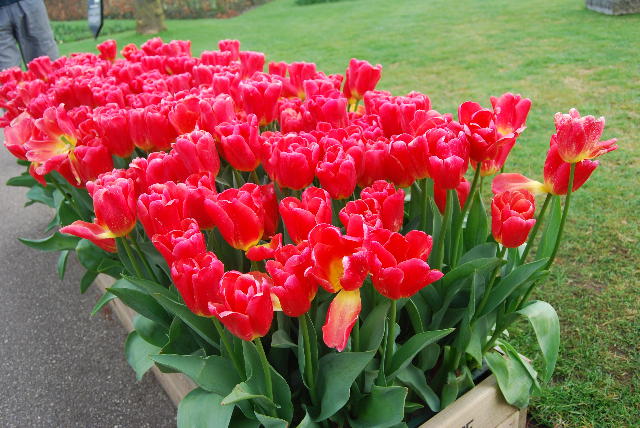 Tulips come in a wide range of colours. They can be the purest white through yellow, orange and red to the deepest purple ... sometimes almost black. ‘Broken’ tulips are bi-coloured, usually with a streak of a contrasting hue. ‘Self-coloured’ varieties are of one solid colour.

There’s no such thing as a true blue tulip, or a pure black one. It’s said, however, that fabulous rewards await the grower who can produce one. Botanists and horticulturists say it can’t be done. But, in a country two-fifths of which has been reclaimed from the sea, the word "impossible" isn’t used very often!