Santería: in Cuba, that 'voodoo' that you do so well 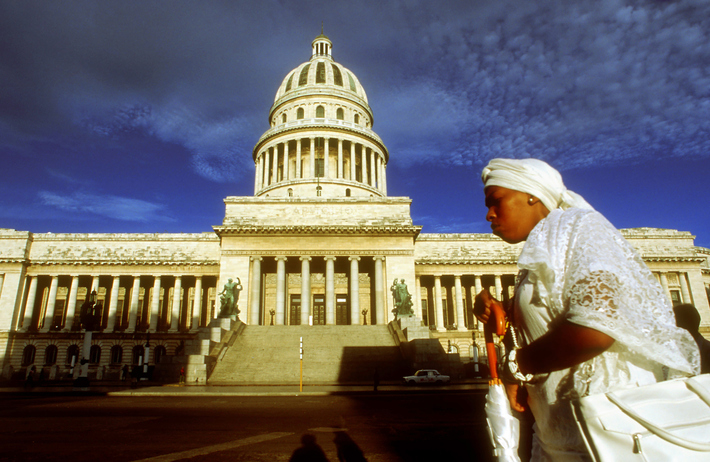 In the Western Hemisphere, the religions brought over by African slaves have been part of the scene for centuries in Brazil, the Dominican Republic, Puerto Rico, Cuba, and most famously Haiti. But until not many years ago, they were largely condemned by the Roman Catholic church and dismissed as “ignorant” and “low-class” by all but the poor. But I’ve had the chance to observe various aspects of its Cuban variants, both on the island and in South Florida, and whether one believes in it or not, santería is undeniably a moving, often beautiful, occasionally violence-tinged tradition that has in many ways made Cuban music, art, letters and even larger society what they are today. If you visit the island,* chances are you’ll see some reference to santería, whether practitioners dressed in white (above, a lady commonly offering photo ops in Old Havana), shrines, a museum like the one in the town of Regla just across the bay (reachable by ferry), or a folkloric performance including santería dance or music. So I thought a quick introduction might be in order.